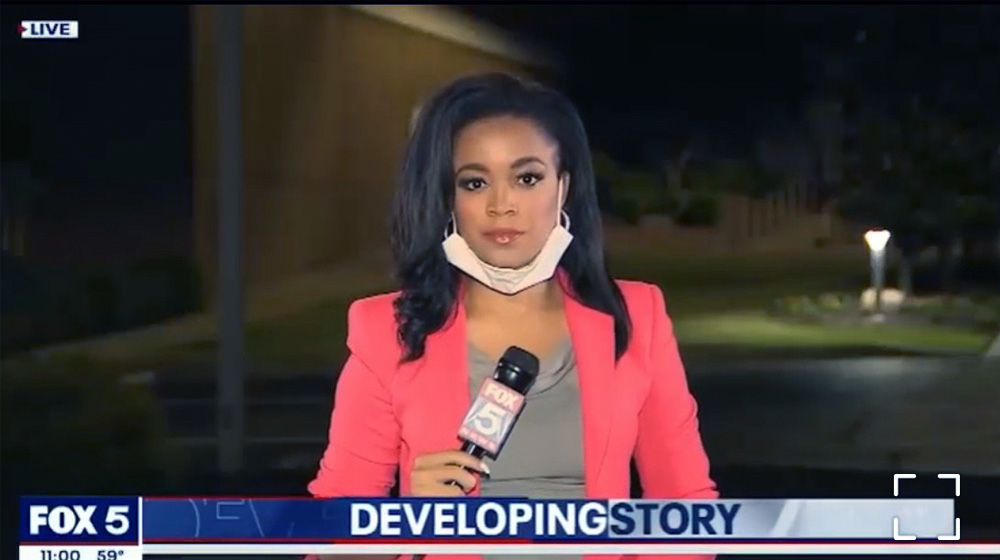 While Alex Whittler only graduated from Loyola University Chicago in 2016, she has already established herself as an Emmy Award-winning broadcast journalist.

Now she has been involved in covering two of the biggest stories of her generation: the coronavirus outbreak, and the Black Lives Matter movement and racial unrest in Atlanta.
It was not long after joining Fox 5 in Atlanta that Whittler started reporting on these important stories.

Prior to joining Fox, Whittler anchored and reported in Richmond, Virginia. There, she covered breaking news events ranging from the Virginia Beach mass shooting to near record-breaking snowfall, and historic, deadly tornadoes caused by Hurricane Florence.
Whittler started her journalism career as a student in Chicago, working in all but one television newsroom in the city including WMAQ, WGN, WBBM and WLS. She had stints interning for The TODAY Show and Cosmopolitan magazine. She went on to write freelance articles for TODAY.com, NBCNews.com and Cosmopolitan.

Now Whittler, in her own words, reflects on her experiences in the past few months:

Students are told nothing can truly prepare you for a job as a journalist before entering the field. That’s true. All you can do is try to get experience and land a job.

There was nothing working journalists could do to prepare to cover 2020. Journalism is an essential industry and many of us found ourselves working from home – something that seemed impossible for the business that provides a “front row seat” to history.

Covering covid-19 meant spending much of the day alone, calling in for pitch meetings and doing most everything by oneself – “multimedia journalist” or not.

And while many journalists had covered protests, I can say I’d never covered them for a month straight in the middle of a pandemic, with a mask over my face and gloves on my hands.

I remember watching Wendy’s burn live on television from across the street, as infuriated people lit it up the day after Atlanta police shot and killed Rayshard Brooks. Brooks was a 27-year-old father, who was asleep and inebriated behind the wheel of his car, blocking the fast food restaurant’s drive through. Some say he’s another name added to the long list of black men who’ve lost their lives to police. Others say officers did their job as Brooks resisted arrest and grew violent with police. The city had been on edge since George Floyd’s death in Minneapolis, also during the pandemic.

Since then, as a Black reporter, I’ve had people from all sides yell at me during live shots that can range from 20 seconds to 15 minutes or longer depending on the safety of the situation.

There’s no handbook for landing a job, doing it well, or covering 2020. We all just show up, and prepare to tell viewers what happened now while anticipating what’ll happen next...

What a time to be a journalist.