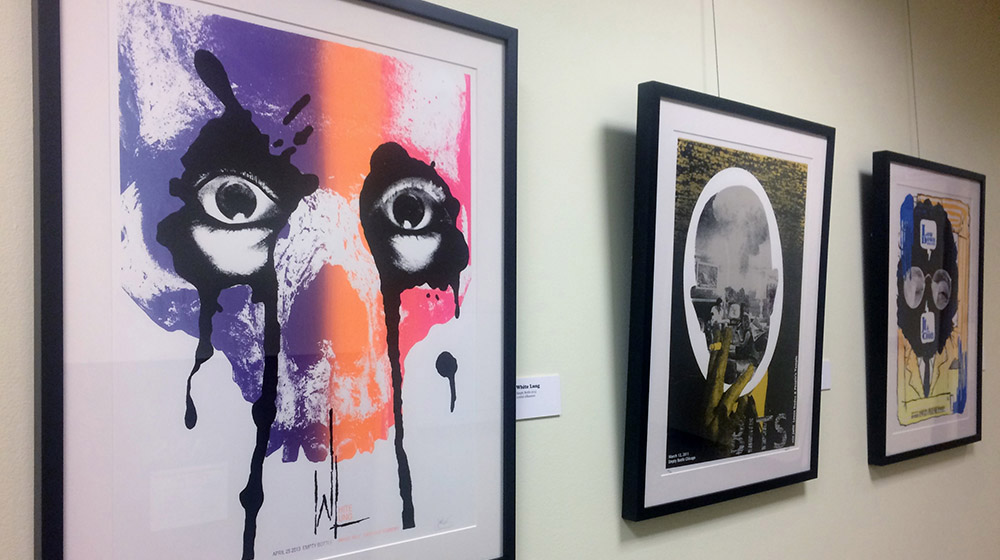 The dozens of band posters on display at Loyola’s School of Communication are the work of local designer and screen printer Josh Davis, an artist embedded in Chicago’s music and art scenes.

The SOC’s spring exhibit, “Appetite for Distraction,” is the biggest one yet for Davis, whose cartoonish yet grotesque mixed-media art is dubbed Dead Meat Design. His work reflects his affinity for bathroom humor and dad jokes, he said.

“[It’s] definitely weird, sometimes gross, playful, sometimes dark,” said the artist, who hails from McHenry, Illinois. “[There’s] definitely a lot of humor in what I do, for the most part, even some of the darker ones … Like I’ll do kind of a darker poster for a not-so-dark band with a weird twist on it.”

Davis blends bright colors with imagery of skulls, cigarettes and comical or unsettling creatures, and he said he draws inspiration from whatever band his art will represent.

He’s created posters for the likes of Twin Peaks, The Oh Sees, All Them Witches and Ty Segall, as well as the psych-pop band YAWN, which played in Loyola’s Convergence Studio during a reception Tuesday evening for the art show’s opening. 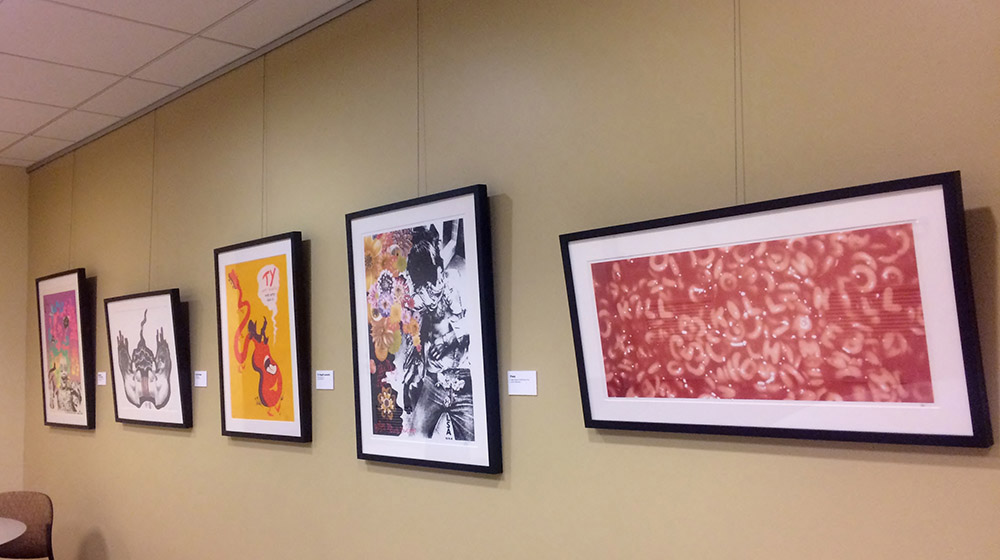 “The style of smoky lines and stuff is why we asked him to do a poster for us in the first place,” said YAWN frontman Adam Gil.

Although he’s known for his gig posters, Davis has also created record covers and T-shirts, and did work for Burton snowboards. He said he once designed a pair of yoga pants, which he turned into a poster titled “One of Us!” that’s hanging in the SOC lobby.

Davis sunk his teeth into design back in 2000 after graduating from the Illinois Institute of Art. Now, his work can be found at music venues throughout the city, including Empty Bottle, the Metro and Subterranean, and at music festivals such as Pitchfork.

“Josh’s work is really distinctive,” said Cooper Foszcz, who shares studio space with Davis and attended Tuesday’s reception. “If you’ve been going to shows for a long time in Chicago, especially for these punk, post-punk shows, garage – whatever you want to call it – he’s usually the guy there. Not only is he usually the guy there, but you can pick out a Dead Beat print from a lot of other Chicago screen printers.” 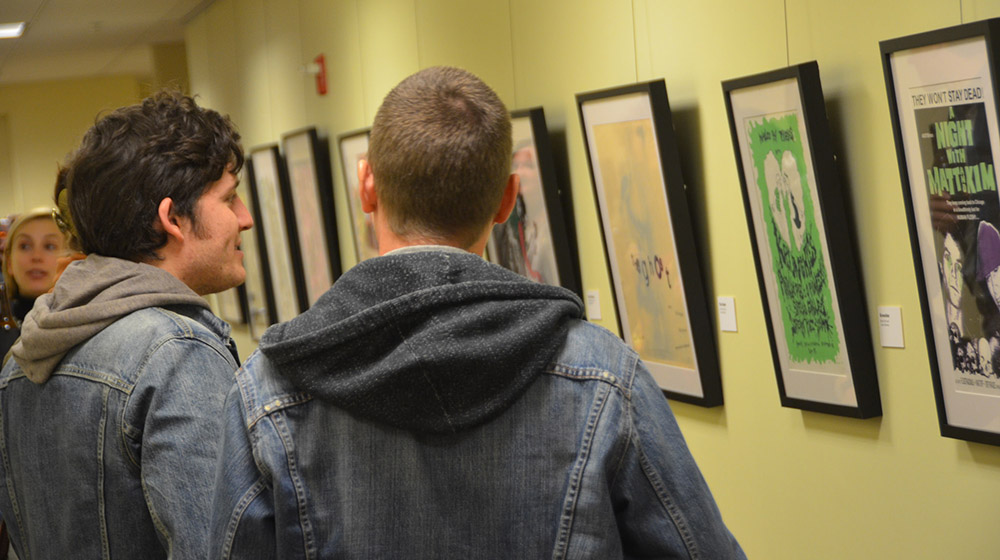 Loyola alumni Christopher and Ashley Roby weren’t familiar with Davis’ work before the exhibit opening, but they got an impression of his style by looking at his posters in the SOC lobby and lower level.

“I think he’s very creative,” said Ashley, a 2010 graduate. “I liked the Twin Peaks series, so the one of three that was very red – the lady smoking with the skeleton hand … I just really liked the colors and it was simple. I think there was less going on than the other pieces, and I liked that. It’s a wide variety.”

The posters are the products of an intricate process that entails drawing, collaging, scanning and separating colors – all just to get a design print-ready, Davis said. Screen printing can take up to eight hours from start to finish, he said.

But the impetus to get the process started can be just as elusive as work itself, even for the experienced artist.

“It’s not the easiest field to be in,” he said. “Either the work’s not there or I just can’t find inspiration. I’ll have, you know, a couple weeks where I’m just brain farting … or I’ll have too much work, which is not a bad thing. Right now, I’m bogged down. And usually in the spring, no one’s touring, so fortunately – knock on wood – I’ve got some work.”

Despite the uncertainty of the business, Davis was always destined to make art, according to his father, Rusty.

“When Josh was very young, he would come home on the school bus with pictures of his friends that he had drew. And I knew then he had to go to art school,” he said. “[His art is] out there, but it’s what all the young people like.”

Davis’ work is on display in the SOC through mid-August. The building is open 8 a.m.-10 p.m. Monday through Friday.