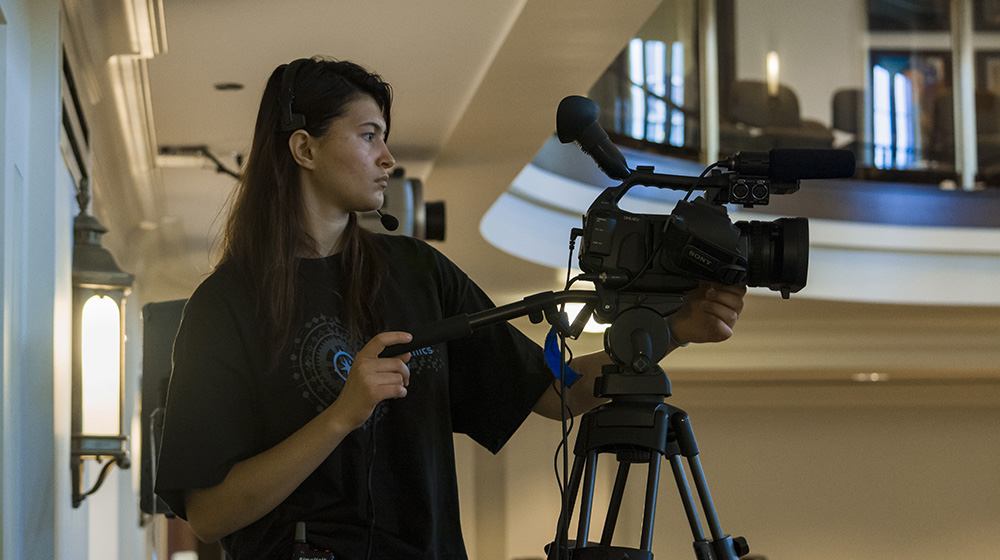 The School of Communication’s Rambler Productions is a student-run organization providing video, photography and live-streaming services to clients.

Rambler Productions’ mission: Teach students interested in videography how do a project from beginning to end, while providing high-quality products for clients. Students also get paid for their work.

Rambler Productions has been called the SOC’s “hidden gem” by Palak Shukla, communication specialist at the School of Continuing and Professional Studies, and Rambler Production’s returning client.

Shukla said she has hired the team to photograph multiple events, including graduations, student orientations, mock interviews and even a retirement party.

“[Rambler Productions] is a win-win for users and students because they have practical exposure to skills and it’s nice [for the client] to have someone who understands video and photography,” she said. “It’s in-house, it’s an easy process and a lot better than someone on-staff with a camera.”

Senior film and digital media major Clare Huffstetter, who has worked for Rambler Productions since her sophomore year, said the experience has been nothing but helpful to her. 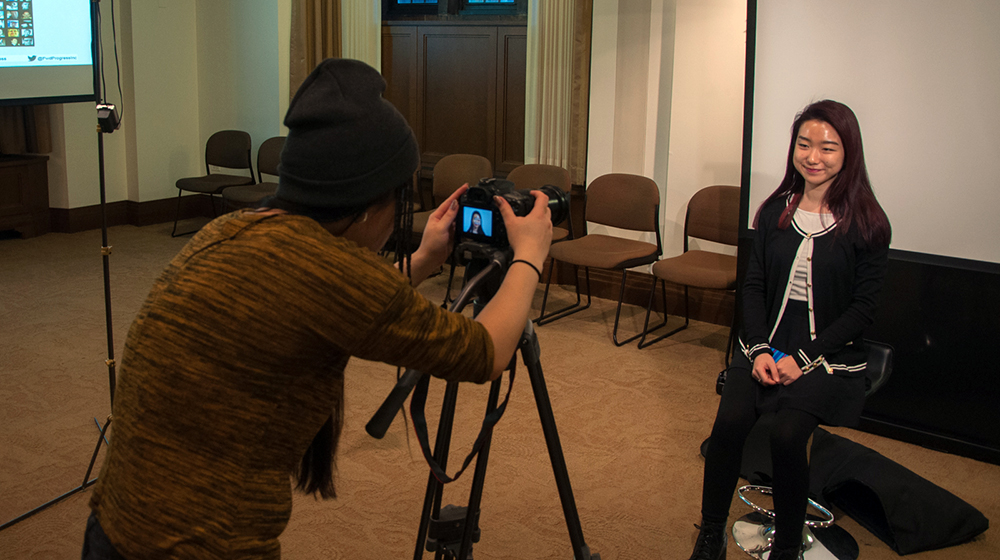 “It’s given me lots of experience with cameras, editing, different filming scenarios, live streaming, setting up and making sure everything is secure,” said Huffstetter, 21.

She appreciates that the job is a freelance position, based on events, which allows her to pick and choose which projects she wants to work on.

“This is giving students an opportunity to do professional work, at professional standings, held to a professional level,” he said. “We get a job in, a student takes the role and speaks to the client to get job done. They become the producer and director of whole project.”

Collins said the small production firm began several years ago, after School of Communication Dean Donald Heider received a number of calls from potential clients asking for students for help with projects.

A portion of what the company gets paid goes to students, and the rest goes into a fund for maintenance of equipment for the team, Collins said. The number of projects vary from week to week.

Collins said most requests are either within the Loyola community or affiliated with Loyola; only a small portion of clients are outside of the university. 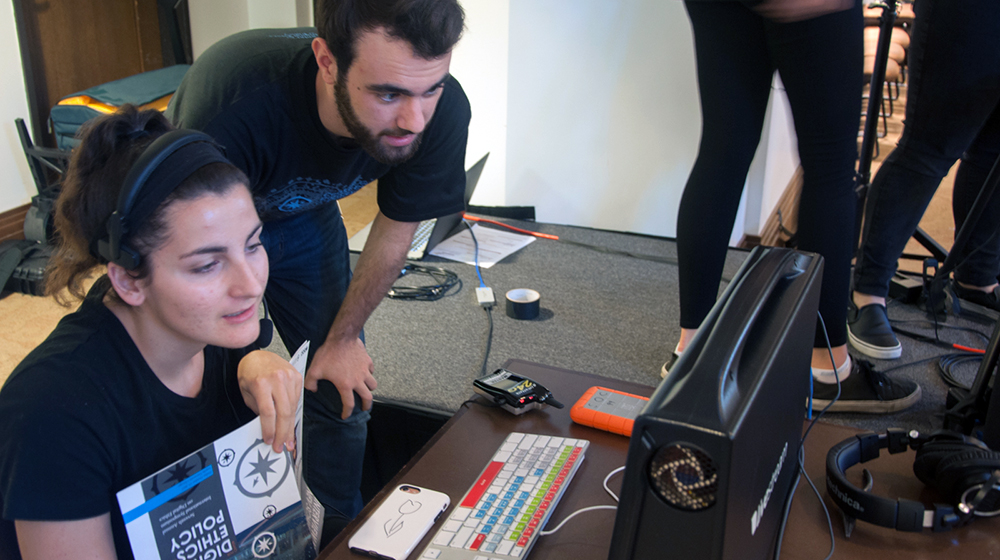 Projects requested of the staff could include producing, directing, conducting interviews for clients, editing video; and adding music, title pages and PowerPoint slides. A client may also ask for live streaming services.

The most recent project was for Information Commons Director Dr. Paul Voelker, for a panel called “Holocaust Rescuers: Overcoming Evil,” at the Information Commons. The presentation was about people who rescued victims from the Nazis during the Holocaust.

First year Master of Communication: Digital Media and Storytelling student Kaitlin McMurray took on the project by herself.

“It was just me,” McMurry, 26, said. “I had to set up film myself, contact the client, and edit it and hand it back to the client. It was done from beginning to end.”

She said her job isn’t always smooth sailing, recalling some audio problems during the panel. But the experience has taught her how to face challenges head-on.

McMurry, who wants to make documentaries, knows she will be doing a lot of freelance work in her career. She said her work with Rambler Productions is preparing her for the real world and making her more confident in her abilities.

“It helping me not only learn equipment, but it’s also helping me understand you have client, and what kind of questions you should ask [them], and how to deliver the best product you can,” she said.

As a client, Voelker said he looks for high-quality jobs that the library can preserve. He has relied several times on the “expertise” of the student workers in Rambler Productions.

“Jim [Collins] and the team do a great job,” he said. “The students are very professional. There are lots of programs that we want to preserve and costs can be expensive. So it’s nice to have a university-based production team that is affordable.”

McMurry said she is grateful that Loyola has given her an outlet that allowing her to apply her skills, gain experience and get paid.

“This helps me practice,” she said. “It’s a way to gain hand on and build me reel. I can link to Holocaust event and say ‘I filmed this from start to finish’ and show it to potential employers.”

McMurry said Collins has been a supportive mentor and a “wealth of knowledge.”

“He’s patient with me, and he’s encouraging,” McMurry, said. “He has a good balance of holding your hand and knowing when to step back to overcome challenges… and letting you shine.”

Collins said he will lose one-third of his staff this May, primarily because of graduating student workers.

“I’m sad to see some of the kids go because they’ve been working for me so long and I know them and you can depend on them,” he said. When I lose people that are really competent and dependable, it’s always sad.”

But he said he’s always looking to hire more talent.