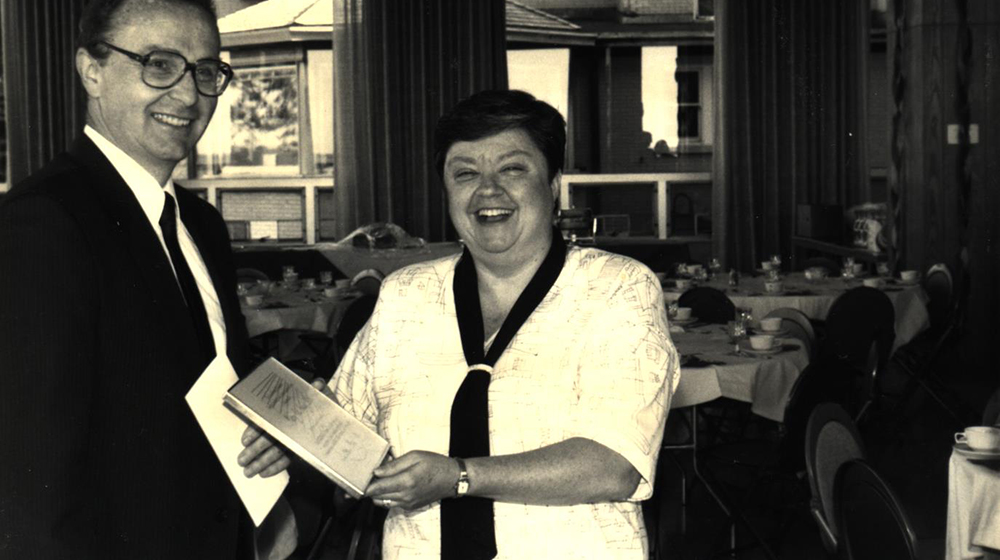 Haley died May 30 in Dubuque, Iowa.  She spent her life teaching and helping students, first at Mundelein College, then at Loyola.

Haley first joined Loyola University Chicago after its affiliation with Mundelein College in 1991. She was part of the approximately 50 Mundelein faculty members who were offered and accepted positions with LUC.

“I think she was very instrumental in helping the merger go smoothly,” Professor Bren Murphy said. “She was a very well-respected administrator at Mundelein.”

Haley would also later help Murphy complete the documentary “A College of Their Own,” that focused on women’s education in the U.S. Murphy said Haley was part of the effort to educate middle and working-class women who would not have otherwise gone to college.

According to Associate Professor Mark Pollock, Haley advocated for the continuation of Mundelein’s “Weekend College” at LUC. The program was geared toward women who wanted to earn a bachelor’s degree, but couldn’t afford to go to school full-time. She persuaded Pollock to teach a Weekend College course, and he said it was a wonderful, and probably his favorite, experience as an educator.

Pollock also served as co-chair for the Department of Communication with Haley for the 2001-02 academic year. He said he focused on scheduling and program development, while she handled budgets and faculty assessment.

“There wasn’t a consensus among the faculty about who should be the next chair, so the dean of the College of Arts & Sciences asked if we would agree to work together,” he said. “She was great at getting along with everybody and helping reduce tension among the staff.”

But Pollock thinks Haley’s heart belonged to teaching. One of her favorite classes to teach, he said, was communication practices. She was particularly interested in the emergence of different dominant communication technologies, from the alphabet to the printing press.

“In terms of her research background, she had a strong background in journalism history,” Professor Hannah Rockwell said. “I know she really loved her students, and she loved teaching mass communication or critical journalism history. She really was a person who tried to keep up with current issues.”

Rockwell, a former associate dean for the School of Communication, joined LUC in 1992, a year after Haley. When the Department of Communication’s chair was injured in the mid 2000s, Rockwell suggested Haley fill the role.

“She was a very diplomatic leader,” she said. “I think it’s because she was a genuinely good person, who was very much a peacemaker without being a doormat. She had a great amount of strength.”

Rockwell said Haley’s calming presence was what the department needed at the time. She loved the students, and further, Haley was a fair, even-handed leader who was a “fantastic colleague.”

In 2007, the Department of Communication was targeted to transition into a professional school on LUC’s Water Tower Campus. Rockwell said Haley’s presence helped bridge faculty together during the growth phase. Not only did she provide a wealth of institutional knowledge, but also she was “very much part of the heart and soul of the faculty.”

“I do know that [Dean Don Heider] wanted her in the fold, because she had a strong reputation throughout the university and throughout the College of Arts & Sciences,” Rockwell said. “He had a special position for her, because he didn’t want to lose her presence within the new school that we were building. I think she did that job for probably two years.” 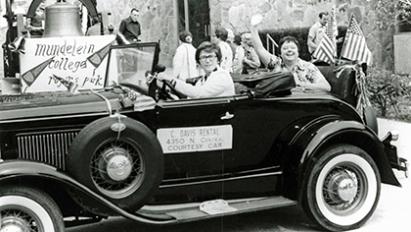 Ann Harrington, BVM, first met Haley in 1969, when Harrington moved to Chicago to teach at Mundelein College. Harrington, professor emerita in LUC’s Department of History, was also part of the Mundelein contingent that came to LUC after the 1991 affiliation.

Having known her for so long, Harrington said the thing she found most remarkable was Haley’s even personality. Her temperament helped Haley become known as a talented administrator—at both LUC and Mundelein College. Throughout the ‘70s and ‘80s, Haley served as an academic dean, vice president for academic affairs and Department of Communications chairperson at Mundelein.

Marianne Littau, a former BVM, met Haley in 1968 when several BVMs elected to move into smaller communities. For her, she remembers Haley as having such a way with words, and how she could always see the humor in situations. She was a woman who was always able to laugh at her own foibles and mistakes—she didn’t take herself as seriously as one would expect from a women of her talents.

Along with a sense of humor Harrington said Haley was a die-hard Cubs fan.  “We all used to laugh, because the Cubs never did much,” she said. “But now the Cubs have hinted that they might be better this year. We’ve been thinking about her in that regard. She never gave up on them like we all did.” 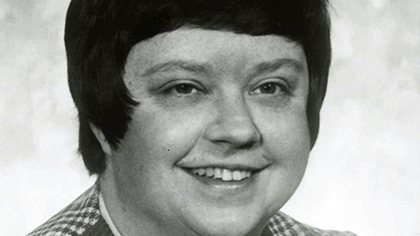