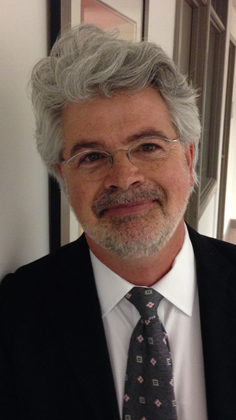 The diversity in big cities like Chicago brings many positives to a neighborhood: different perspectives, different cultures and different foods.

In Rogers Park alone, one can find Thai, Indian, Ethiopian, Italian and Mexican restaurants, among many others. With so many choices, deciding what to eat and where to spend money can be tricky.

Interactive customer websites like Yelp.com can be helpful in the decision making process. Yelp aims to give business patrons an opportunity to voice their opinions about the places where they have received customer service. Users can post reviews about businesses and rate them on a scale from one star to five stars.

However, Yelp has come under fire over the years for its method of filtering out posts it believes are untruthful or unreliable.

Loyola public relations professor David Kamerer has researched Yelp’s filtering process to find out how and why Yelp decides some reviews might be fake or spam.

In his article, “Understanding the Yelp review filter: An exploratory study,” Kamerer looks at several different factors to see what the filter might see as being an unreliable review. Kamerer’s research looked to see if there were any specific words or speech patterns that would signal to Yelp that a review was fake.

“First, we just looked at word clouds between filtered and unfiltered reviews, and they looked very similar,” Kamerer said. “Whether it was qualitative or quantitative analysis, the only thing we use to tell the filtered reviews and visible reviews apart by is that the visible reviews are a little bit longer. We were looking for trigger words or something that would cause the filter to buzz, and we just haven’t found it.” 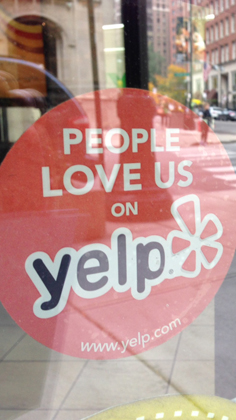 Kamerer’s article concludes that the biggest factor for filtering comments is user reputation. Users who post more reviews and have more connections on Yelp are less likely to have their reviews hidden.

Some businesses have even said that Yelp extorts small businesses. Kamerer explained that many businesses have claimed Yelp manipulates which reviews appear on a Yelp page in order to create revenue.

“Here’s what happens: you’re a restaurant. You have some positive reviews on Yelp, some negative, some filtered out. You get a call from Yelp and they ask you if you’d like to buy their advertising package for $300 per month. You say no,” Kamerer said. “The businesses claim that the bad reviews from the filter get moved into the visible range, lowering the star rating. Yelp might say, ‘If you buy this advertising package, we’ll remove of some of those bad reviews.’”

Yelp has a page on its site that refutes these claims, stating, “There’s no amount of money a business can pay to manipulate their reviews or rating and Yelp doesn’t skew things in favor of advertisers or against businesses that don’t.”

Still, businesses have filed a combined total of 684 complaints against Yelp with the Federal Trade Commission.

The collaborative news website MuckRock filed a Freedom of Information Act request to see all of the complaints businesses have filed against Yelp. In Kamerer’s upcoming Yelp study, he analyzed these complaints, and almost a third of businesses claim that Yelp has extorted them. Other complaints involve Yelp not deleting a bad review, reviewers defaming or libeling businesses on Yelp, or users posting fake reviews.

Unfortunately, Yelp is almost entirely immune from legal intervention, according to Kamerer. Since courts have held that Yelp is an interactive computer service, not a publisher, Yelp is not responsible for the reviews its users post.

“It’s kind of analogous to YouTube,” Kamerer said. “Say someone puts a clip from their favorite movie on YouTube so their friends can see it. The owners of the movie can go to YouTube and say, ‘Please take this down.’ YouTube will do it, but they have no legal liability because they did not publish it. Yelp works in the same way with no legal responsibility because it is not a publisher. It’s not responsible for the content that people post. Yelp is basically untouchable, legally.”

Kamerer’s upcoming research article focuses on the legal issues surrounding Yelp and explains the laws that have worked in Yelp’s favor.

“The thesis is that Yelp has built the perfect beast,” Kamerer said. “These are the complaints, and this is how the legal system has favored Yelp. For most of those complaints, I provide legal precedents for how Yelp can do whatever it wants to do.”

“What I want to do is to talk to restaurant owners, and follow them over time as they go in and out of Yelp advertising packages.” Kamerer said. “That would more directly address the claims of extortion than the study that I just did.”