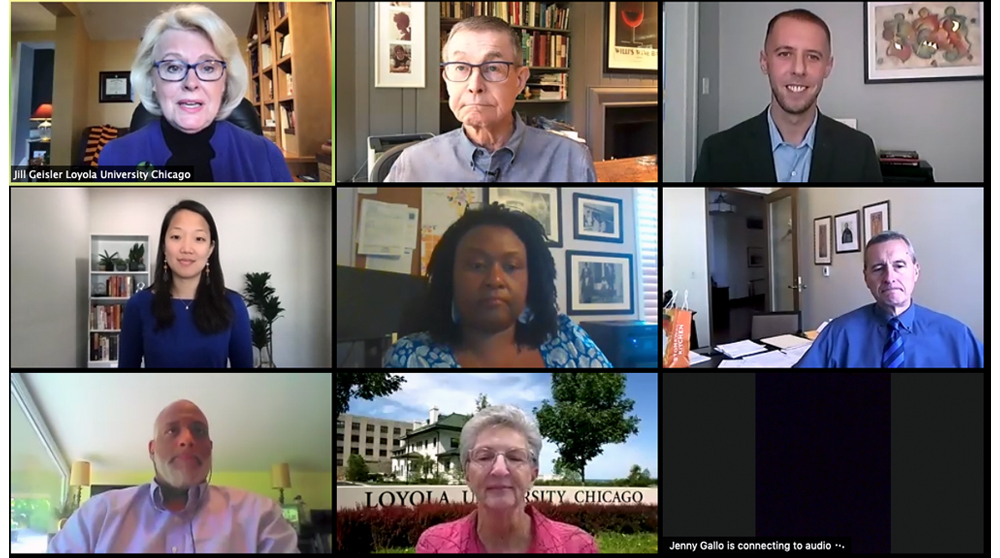 The School of Communication was front and center as Loyola began a new series of community webinars, “Together in Loyola.”

The first program was “The Media and the White House” on September 21. It was moderated by the SoC’s Jill Geisler and featured:

The experts covered a wide range of topics, including the influence of the pandemic on the campaign, the challenge of fact-checking, the impact of campaign finance on national and state races, trust in the media and safety of journalists who have faced physical and racial attacks, and a look ahead to the potential post-election relationship between media and the winner of the presidential election.

Jill Geisler, the SoC’s Bill Plante Chair in Leadership and Media Integrity, said it was a special thrill to debrief the legendary CBS correspondent for whom her chair is named, and to recruit the top media leaders for the conversation. “These journalists, as busy as they are today, took time to describe the important work of journalism in democracy. They provided in window into how the best organizations work to build credibility and open their reporting process to scrutiny."