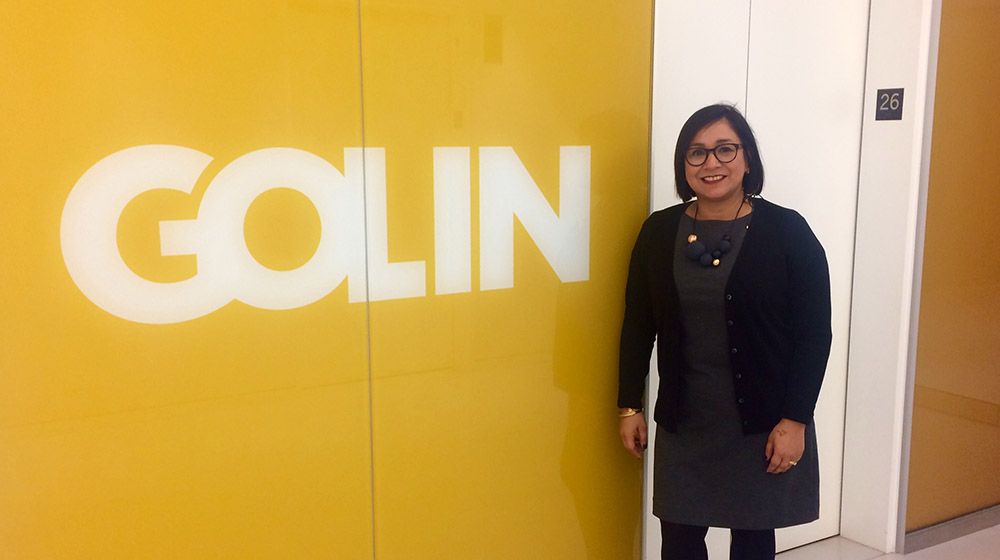 Baermann got her start at GolinHarris through a post-grad summer internship, and the work experience led her to Latin America.

Loyola grad and world traveler Zandra Zuno Baermann never expected to work at the same company for 16 years. Her career began at Chicago PR firm Golin, and that’s where she works now, as executive director and multicultural marketing practice lead.

In fact, much of life didn’t turn out as Baermann expected. The Wicker Park native wasn’t accepted into Notre Dame for college, so she wound up at Loyola University Chicago. Then, she applied for the Fulbright Scholarship to study in Latin America – something she’d always had the “inkling” to do – and didn’t get the award.

But one thing remained certain: she had that itch to travel. 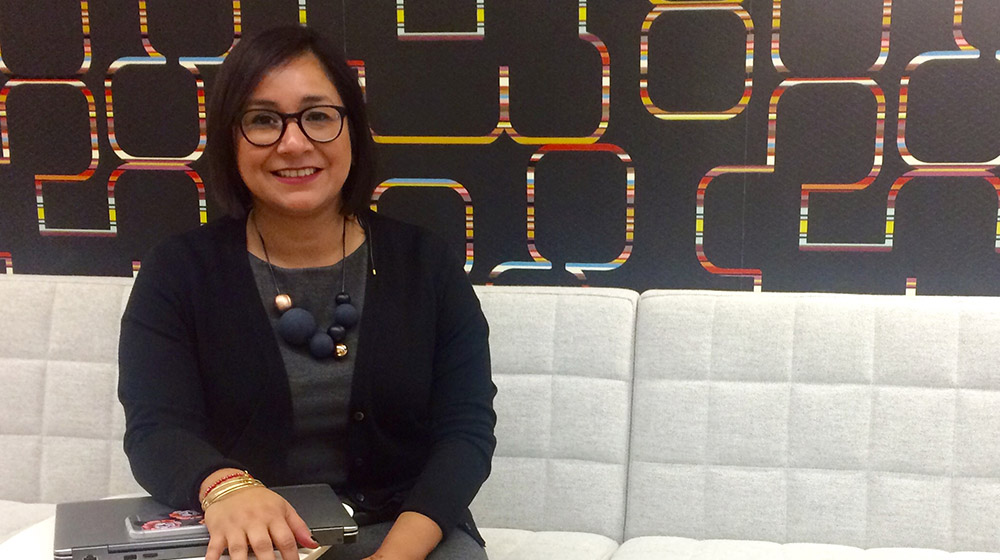 After graduating, interning at GolinHarris and working as a press manager for the Chicago Public Library in 1994, she arranged an informal meeting with Zimat Consultores, a PR agency in Mexico City that had connections to GolinHarris. She was told to reach out again if she happened to move to Mexico.

“I took that very seriously,” Baermann said. “So, I went back, I quit my job, and I saved up enough money and said, ‘I’m going to do this. I’m going to move to Mexico City.’”

From 23 to 26 years old, the Loyola alumna had the “most important years” of her career in Mexico, where public relations was an emerging field. With the advantage of speaking both English and Spanish, she worked with high-profile clients including Gillette and Procter & Gamble and watched the agency grow from eight to 60 people.

With her GRE and GMAT certifications about to expire, Baermann had to decide between staying in Mexico City and tackling another goal she’d always had: attending graduate school.

“I applied to the only program that I wanted to go to – that’s how much I didn’t want to leave Mexico,” she said. “I thought, ‘There’s no reason to leave, I’m at the height of my career here.’”

Baermann was accepted into Northwestern University’s Integrated Marketing Communications program, and it was a game-changer; she went back to the Chicago area for graduate school just as e-commerce was beginning to transform the business landscape.

After graduate school, Baermann returned to Golin, where she has applied the IMC concepts she learned at Northwestern – first, as manager of global integration, then as vice president and director of marketing, and now, as executive director and multicultural marketing practice lead. 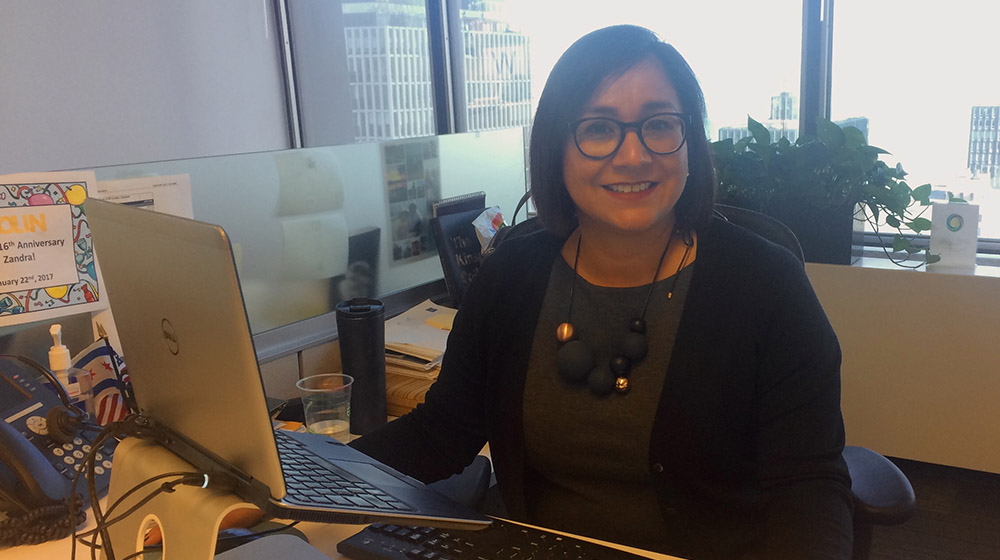 Baermann, who is Latina, doesn’t believe in separating personal life from her work. Each individual’s background and experiences, she said, enriches the workplace.

“Because I could bring my background of being the daughter of an immigrant … having an inner city childhood, having Spanish as my first language, being someone that travels all over the world – all of that, I think, brings a certain level of sensitivity that someone [with a different] background doesn’t have,” she said. “And that person has a different sort of background … that informs as well.”

Baermann said diversity enables PR agencies to tactfully confront societal issues and act with consideration in the midst of tragedies such as Chicago’s police shootings and the Pulse nightclub attack.

“That part of our work is going to be even more important going into this political climate, to help clients understand the right timing to come up with more brand messaging and to be sensitive to the climate and what the community is sensing,” she said.

Baermann’s passion for, and expertise in multicultural marketing is apparent, but she points to people as the reason why she’s stayed with Golin for more than a decade. 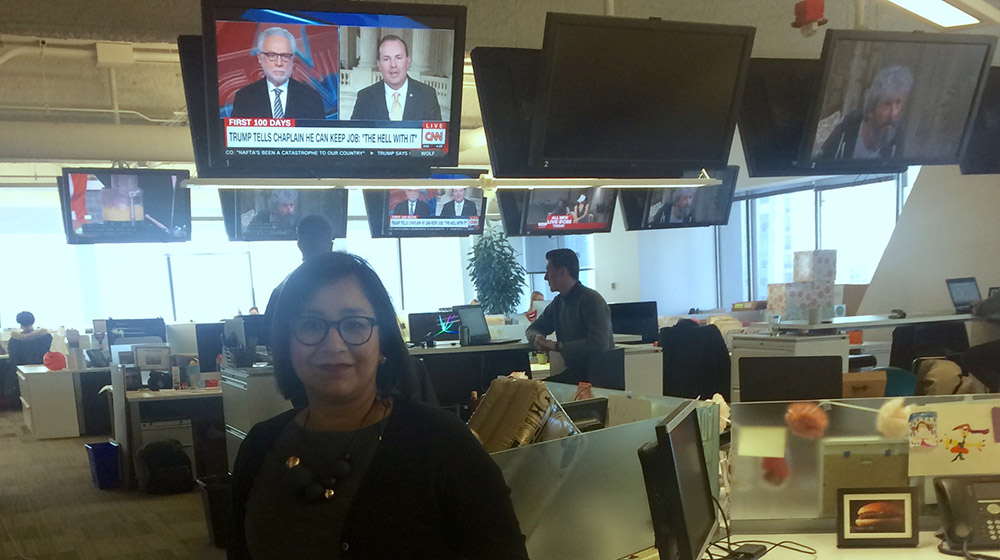 In January, Baermann celebrated her 16thyear at the company, and she said her coworkers bought her a bouquet of flowers for the occasion. A paper certificate commemorating the milestone is pinned up next to her desk at the John Hancock Center, just blocks from the Water Tower Campus where she took communications classes as an undergraduate student.

Although her career has been characterized by one company, Baermann’s life has been anything but stagnant. For both work and leisure, the Loyola alumna has traveled to places all over the globe, including Switzerland, Dubai and Germany.

She even traveled growing up, frequently visiting family in Mexico. But Baermann says it was the spring of 1992, while studying abroad at Loyola’s Rome Center, when she really caught the travel bug – an inclination that shaped her career path, with all its surprising twists.

“I’ve been lucky to have a lot of interesting things that I didn’t expect come my way, but I think you have to be willing to take the risk – and I’m not a risky person,” she said. “It’s all worked out for me. At the moment, I might not have known exactly what it would end up like, but at the end of the day, because I tried it, it ended up working perfectly.”