Many aspects signal a good leader: charisma, deliverables, poise, and possibly most importantly, support from those being led.

Don Heider, founding Dean of Loyola’s School of Communication (SOC) embodies all these characteristics. He was named the 2017 Scripps Howard Foundation Administrator of the Year through the Association for Education in Journalism and Mass Communication (AEJMC).

“It’s a great honor, especially given how many wonderful programs there are around the country.  More than a recognition of me, it’s an acknowledgement of our school; all the hard work faculty and staff have put it over the past few years, and what amazing students we have,” Heider said. 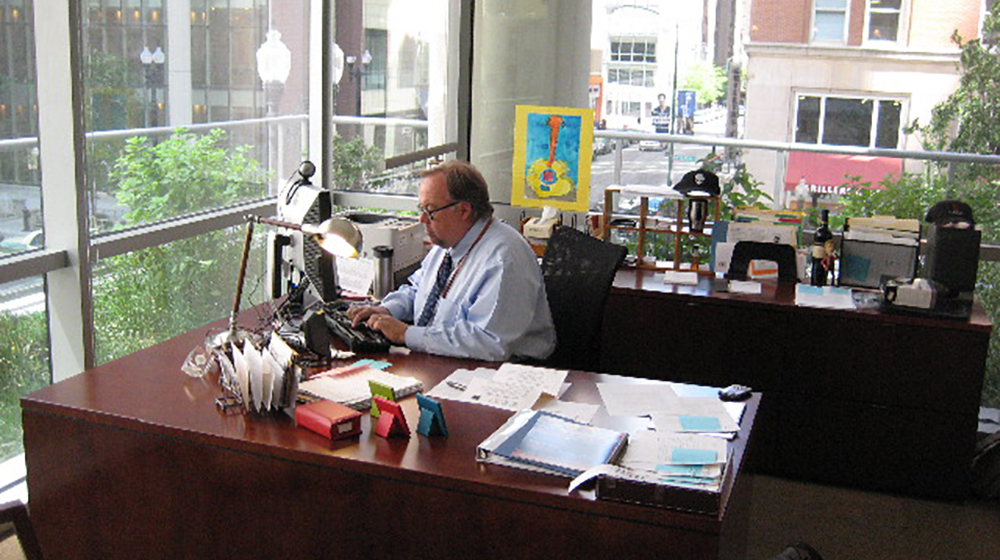 The selection committee’s statement said Heider’s involvement in these organizations and his administrative leadership for Loyola’s SOC made him an ideal candidate for the Administrator of the Year Award.

"Don Heider’s leadership in AEJMC, ASJMC and ACEJMC give him the national visibility that winners should have, plus he has built a stellar school of communication from scratch,” the statement read. “His commitment to diversity, the creative programs and partnerships he’s initiated in the community … are all highlights of his leadership."

Heider also founded the Center for Digital Ethics & Policy through Loyola. The center was founded through Loyola’s SOC to provide a platform for dialogue, research and guidelines for ethical behavior in online and digital environments, according to the center’s website. 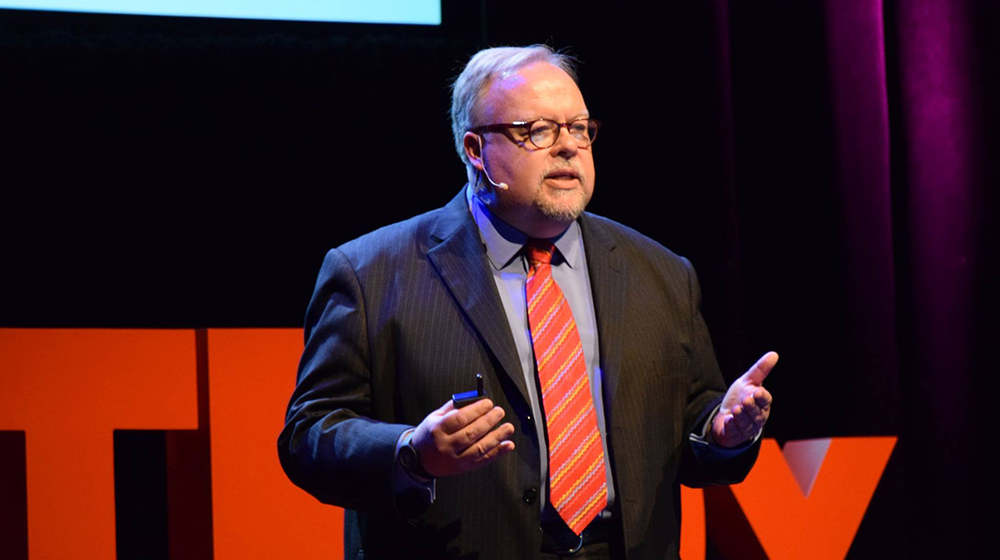 Heider said he has strived to lead faculty to constantly update the curriculum to ensure that students are receiving cutting-edge instruction.

“We have worked diligently to make sure our curriculum keeps pace with world of journalism and to do our best to give students great opportunities to learn and succeed.  Evidence of our success is how many of our students are working at places like ABC News, the Chicago Tribune, the Chicago Sun-Times and many other great news organizations,” Heider said.

“It’s been a great privilege for me to work with him and wonderfully exciting to see how far his career has gone since he was a young instructor at Colorado and I was his teaching assistant,” Hood said. “Speaking as someone who also knows people in journalism education across the country, I can say he is thought of nationally as a leader in journalism education.”

In 1992, while Heider was pursuing his PhD from the University of Colorado, Hood was his teaching assistant. Hood said Heider treated her as an equal and she applied to Loyola because she wanted an opportunity to work with him again.

“He and I were great partners. When I worked as his teaching assistant it was just a terrific experience,” Hood said. “He’s a very positive person. Very outgoing. He’s fun to around. He can really diffuse tense situations and has a great manner in terms of people skills.”

Hood said Heider was deserving of this award and he is well recognized for his broadcast and journalism education careers.

Heider worked in broadcast news for a decade before switching to academia. From 1980 to 1990, Heider worked as “syndication producer for the Gillett News Bureau in Washington, D.C., special projects producer and manager of Special News in Nashville and executive producer at WTVC-TV in Chattanooga, Tennessee,” according to Loyola’s website.

During this time, Heider received five Emmy awards, a regional Edward R. Murrow, and a Tennessee Associated Press Award, according to the Media and Learning Association. The Media and Learning Association is an international non-profit which promotes the enhancement of innovation and creativity through teaching media across all levels in Europe, according to its website.

Hood said Heider is “a strong voice of best practices in journalism and communication education.” She said since the SOC’s founding in 2008, the school has gained valuable programs and expanded its reach under Heider’s leadership.

“He has a way of getting things done — I think that’s a really great quality in a leader,” Hood said. “Because he is a strong leader, and that leadership has been recognized across the campus, we have a higher profile than we would otherwise.”

Heider taught at University of Texas at Austin, University of Colorado, the University of Mississippi and American University before coming to Loyola. While at these institutions, Heider received several awards for his teaching including the Outstanding Faculty Member Award at Ole Miss in 1991 and The Eyes of Texas Award for excellence in service in teaching in 2005.

Hood said as a teacher he is energetic and caring. She also said he is a strong administrator who is open to other’s ideas.

“It’s a tremendous benefit for students to be able to see how he connects things happening and challenges they have to things that are going on in the wider world,” Hood said. “As an administrator he’s very open. I never feel intimated bringing something to him. He really has a broad vision and seems to have no shortage of ideas for different, and interesting things the school could do and could be.”