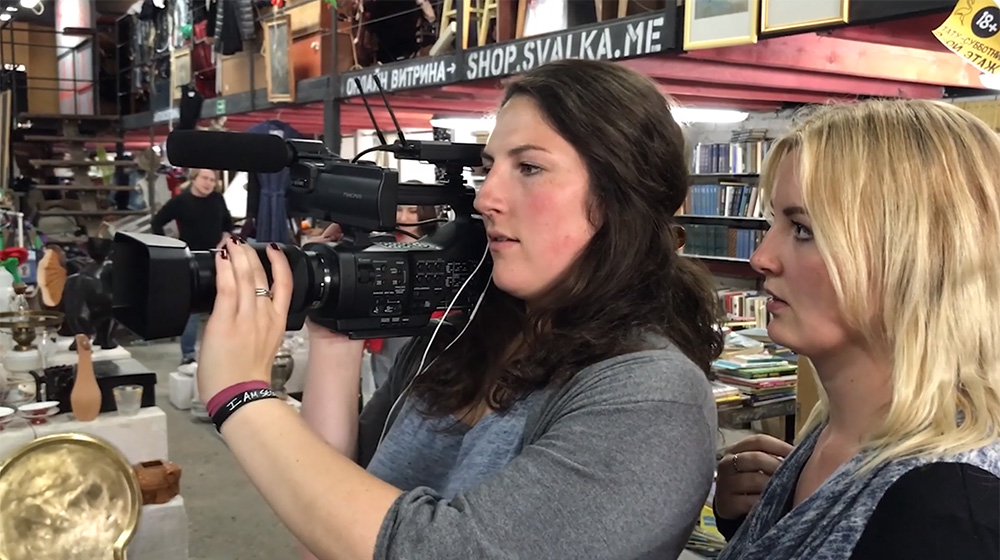 Thirteen School of Communication students are in the running to receive nine Crystal Pillar Awards for their excellence in television production.

The Crystal Pillar Award is presented by the Upper Midwest Chapter of the National Academy of Television Arts and Sciences (NATAS). The organization honors work in television and video, provides professional development and nurtures the next generation of television professionals, according to the NATAS website.

“I am very pleased that we’ve had so many [nominations],” said broadcast journalism professor Lee Hood, PhD. said. “It speaks to the high-quality of work students do, not only in news, but other categories as well.”

Hood said the strong students in the program produce high-level results, adding that a nomination is an honor in itself.

“These categories have many entries,” she said. “Not everyone who enters gets nominated — it's an important distinction.”

While students may submit their own work, professors typically submit the strongest projects they feel are “worthy” of an award, according to Hood. 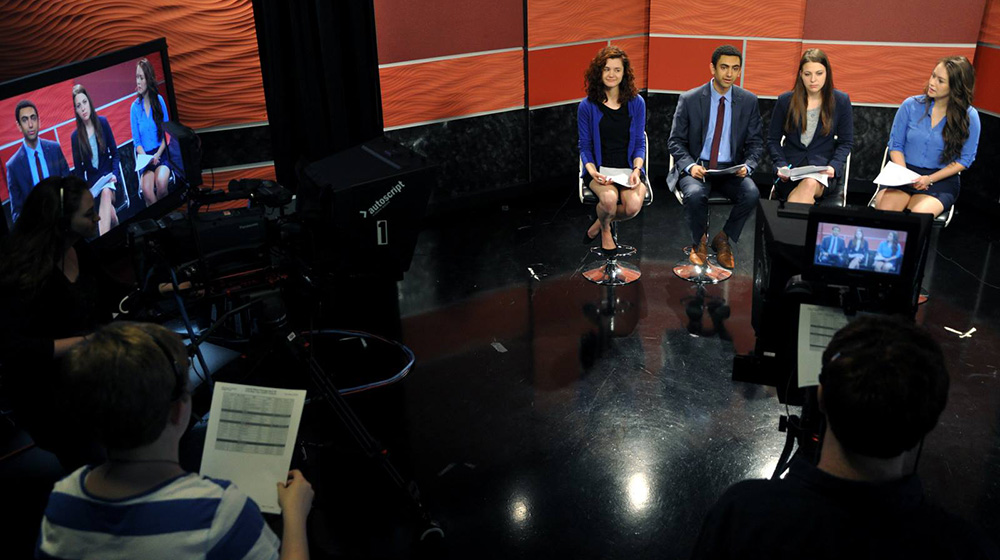 Alumna Trisha McCauley said that the show captures a series of stories about the gun violence issue in Chicago. McCauley’s project focused how the violence affects families, particularly within the Loyola community. McCauley interviewed one of Hood’s students whose nephew was shot and killed.

“I reached out to the student asked how it affected her family,” McCauley said. “She said she helped raise her nephew since he was a baby. It had been a year since he died, so it was still raw for her.”

McCauley, 22, said her former classmates covered other aspects of Chicago gun violence such perspectives from workers at funeral homes about deaths of youth, first scene responders and other families in and outside of the Loyola community affected.

Teammates worked on the project separately, but created one cohesive show.

“[One classmate] worked on a story about a student from Arrupe [College] and how he was shot,” she said. “Gun violence is obviously a big issue in Chicago, but some people don’t realize it or think that it only happens on the South Side, but that’s not always true. We wanted to bring it full circle…and bring it home.”

McCauley said receiving the nomination is an honor. “I don’t think awards define your work, but it’s nice to be recognized.

“Crime was always a passion topic for me,” said McCauley, now a multi-media journalist at KIMA Action News in Yakima, Washington. “I love highlighting the issue there. I covered my first homicide today and working on those stories [at Loyola] helped me today. Loyola allowed me to dip my toes into these real-life situations.”

Master of Communication: Digital Media and Storytelling students Erin Law and Megan McKinley were nominated in the News: General Assignment category for their documentary titled “Dress for Success.” They completed the project in Professor John Goheen’s video documentary class.

Law and McKinley chose to focus on the non-profit organization Dress for Success after receiving an assignment prompt related to positive social change. The organization helps unemployed women re-enter the workforce by providing them with professional attire, and offering them interview preparation and networking opportunities.

The students focused their story on two women in the program and two volunteers working for the organization, according to Law.

“I would say for sure it was the project that we've put most time and effort into,” Law 23, said. “It feels awesome to be getting recognition. Hard work pays off. We worked on it for six or so months — we went back so many times. It was our baby by the end of it.”

McKinley said that when looking for graduate programs in communication, she could never find anything as specific and unique as Loyola.

“Since I’ve been here, I’ve been taught a wide spectrum of skills,” McKinley, 24, said. “And I think that’s so crucial. Employers are looking for people that can do a lot of things. I’m way more confident in my abilities. All of the professors have had their own time in the field...and [have] their expertise.”

Master of Communication: Digital Media and Storytelling student Jeffrey Chow was nominated for two projects, both produced in Goheen’s documentary class.  One of his projects called “Coffee Culture,” was produced for a larger collaborative piece and focused on a cafe in Englewood that does community outreach.

The second, titled “One Magazine at a Time,” highlights StreetWise Inc., a publication organization that provides employment opportunities to the homeless or those at risk of homelessness.

“It’s pretty exciting and nice to kind of see my work being recognized,” said Chow, 31. “Whenever I produce, I try to make it the best it can be. It’s nice to see another person acknowledge it.”

Hood said she believes the nominated students have a good shot at winning awards.

“Just from number of nominations, I would say we have a good chance,” she said. “We really vetted these ahead of time. We picked what we thought were our strongest pieces. So, I feel we absolutely have a good chance of taking home some trophies.”

Additionally, senior journalism major Nick Coulson will receive a $4,000 scholarship from the Regional Emmy’s board, making it the third year in a row a Loyola student receives the scholarship, according to Hood. The previous two scholarships were awarded to now-alumnae Grace Runkel and Elise Haas.

Nominations for the Crystal Pillar Awards are submitted in June and the winners will be announced on December 2 during a ceremony at the Swissotel in Chicago.

A List of Loyola nominees by category, topic, and class: