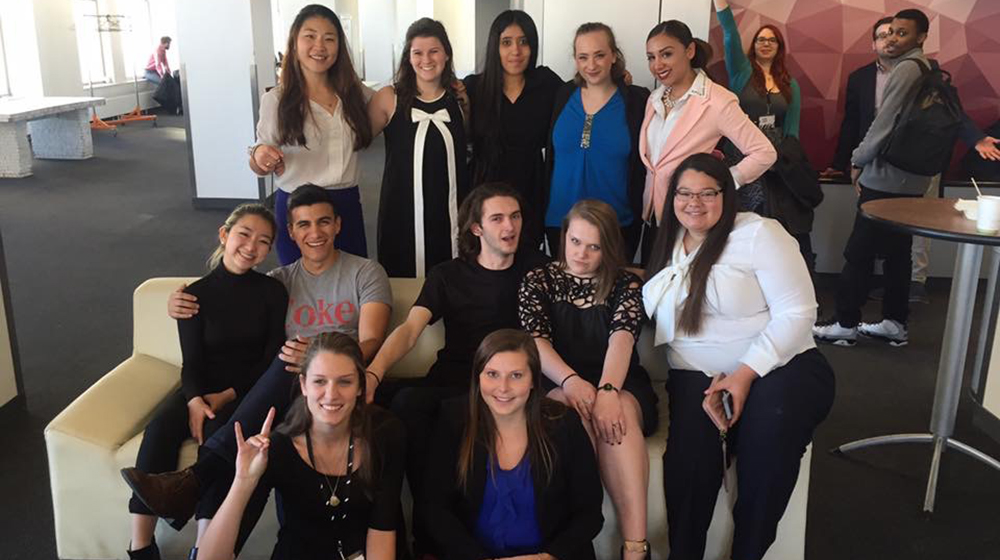 Out of the 65 students in attendance, Loyola senior Kate McCarthy was part of the first place team, while sophomore Amanda Friedlander finished in the group that placed second.

The two students were part of an intensive, four-day creative boot camp that was hosted by Leo Burnett Worldwide and sponsored by One Club, a non-profit organization that works to recognize and promote excellence in advertising.

In addition to the experience of working on an ad campaign in small groups with students from other universities, participants were mentored by current advertising professionals. The teams competed for a first place prize that included an interview with Leo Burnett for a spot in its coveted summer internship program.

“It started at 9 a.m. and went until 5 p.m. each day, but honestly, most of us stayed way past that because we knew how great an opportunity it was. I know a lot of people who were staying until 11 p.m. So, it ended up being really long days,” Friedlander said. “It was pretty intense, but worth every moment.”

Regardless of the rigorous work needed to complete a well-rounded ad campaign in four days, Friedlander and McCarthy both say they felt prepared because of their Loyola classes. For them, one of the challenges was to put their knowledge and skills successfully into a group effort required for such a large project.

“Throughout the boot camp, I was able to hone in on my skill set and determine which aspects of my education were most useful to producing a creative solution to the brief. Ultimately, I recognized the importance of flexibility within a team, specifically filling roles that were not being filled, even if they fell outside of my specialty. In doing this, I was pushed to reconsider what kinds of jobs I should pursue after graduation,” McCarthy said.

Friedlander also agreed that the experience has led her to pursue a specific position and career within her AD/PR major.

“It really made it concrete for me what I want to do once I graduate, which is invaluable. I learned a lot about group dynamics and the best ways to overcome that intergroup adversity. You have to learn to have really thick skin and know that everything is subjective, which means that if your ideas get shot down, it's not a reflection on you. It's a reflection on the idea, and if it is on-strategy for the campaign. You have to learn to toughen up, bear down and just work,” said Friedlander.

Although McCarthy is hopeful about her interview with Leo Burnett, she believes it’s just icing on the cake for what the boot camp offers students in addition to the work experience.

“I would recommend this experience to anyone who is even slightly interested,” said McCarthy. “Even if you don't win the competition, the opportunities for networking, with both other students and industry professionals, are endless.”