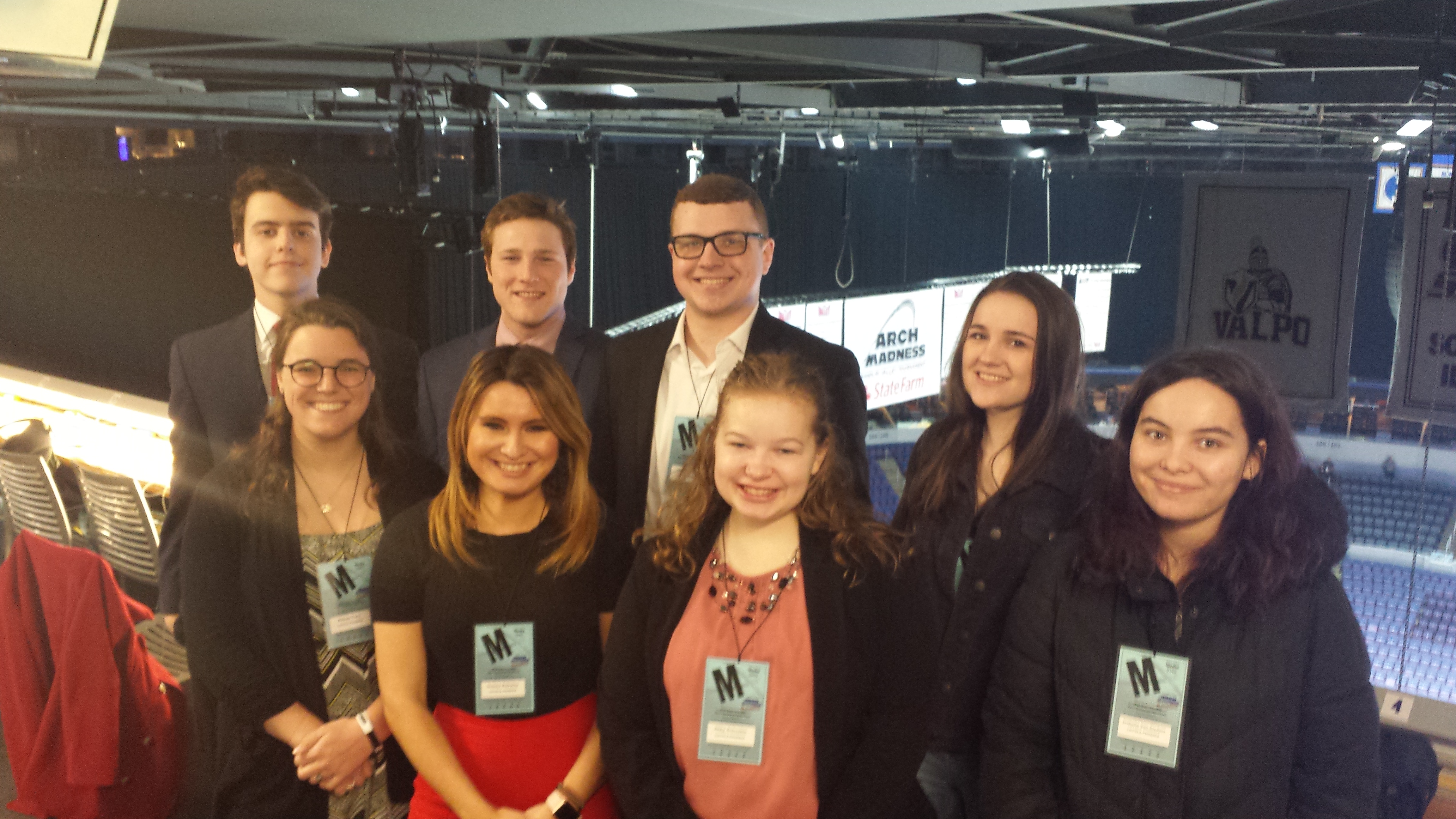 It’s spring break at Loyola, and that can only mean one thing – the School of Communication is sending another group of students to St. Louis to cover Arch Madness.

The Rambler Sports Locker (RSL), a student-run weekly sports show, takes a handful of emerging broadcast journalists to the four-day tournament. Arch Madness is the annual men’s basketball tournament for university members of the Missouri Valley Conference (MVC). Loyola officially joined the MVC in July of 2013.

Joining RSL are also members of Loyola’s Phoenix staff. The Phoenix is an award-winning student-run newspaper and, like RSL, has been covering Rambler men’s basketball before the rest of the world took notice.

The tournament offers a unique opportunity for students to get real-world experience covering breaking sports stories. Over the years, RSL and Phoenix students have produced game recaps, features on fans, profiles of staff, and commentary about players and performances.

The students work long hours to produce packages, sports shows and news stories in time for immediate publication across the web and print. This year, eight students will cover Loyola’s road to the NCAA tournament. Last year, the students worked shoulder-to-shoulder with seasoned professionals as they chronicled the team’s surprising run to the Final Four against Michigan in San Antonio, Texas. Over the course of March, the students traveled to four cities to cover the home team’s success in the post season. This season the Ramblers won their second consecutive MVC regular season title on March 2, and will play Friday afternoon with these young journalists reporting their journey.

This will be the sixth time RSL and The Phoenix make their way to the Enterprise Center in downtown St. Louis for the tournament. The arena changed its name from Scottrade Center last year following a deal between the NHL’s St. Louis Blues and Enterprise Holdings.

To keep up with these student journalists reporting, follow them on social media using the handles below and by visiting The Phoenix online.