It’s not often that student work has a direct impact on the community, but a new program sponsored by Loyola is helping to do just that.

The RogersEdge Reporter is a local news website covering all things Rogers Park and Edgewater. Their staff includes students from Loyola, Nicholas Senn High School, and Roger C. Sullivan High School. In partnership with After School Matters, the students are part of a six week summer program at Loyola that runs four days a week that teaches them basic journalism skills. 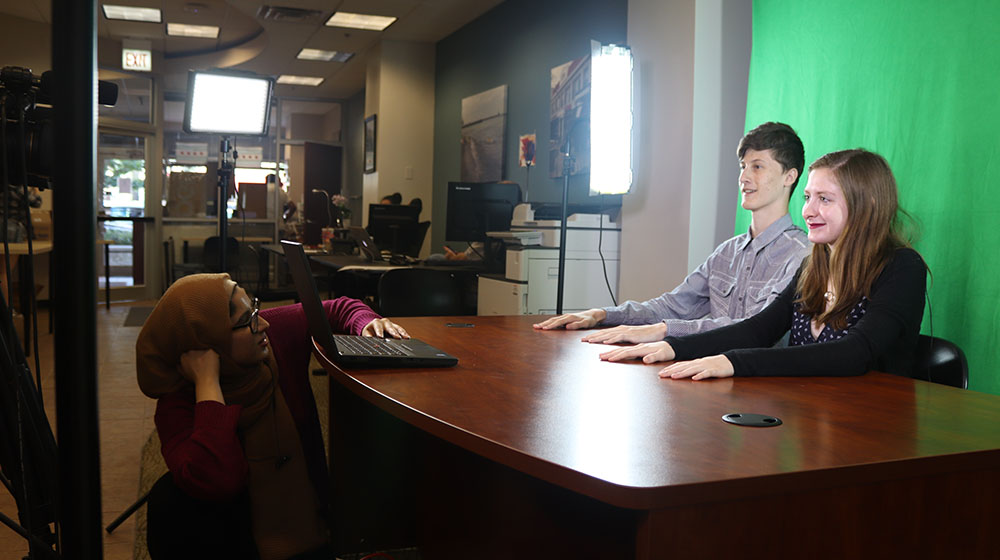 “We’re basically trying to run a local news website and in parallel with that, run an educational program,” says John Carpenter, the bureau chief of RogersEdge Reporter, and an adjunct professor at Loyola’s School of Communication.

After School matters is a non-profit program that provides Chicago Public School students part-time jobs in a variety of fields, including journalism, performance arts, education, recreation and culinary arts.

Loyola’s School of Communication applied for, and received an After School Matters grant to host 12 high school students in its storefront news bureau in Rogers Park

The first week of the summer program was full of lectures on topics including news writing, ethics, reporting basics and rules. Carpenter said he could see the student’s eyes glazing over during the introductory courses. But the lectures were not in vain. 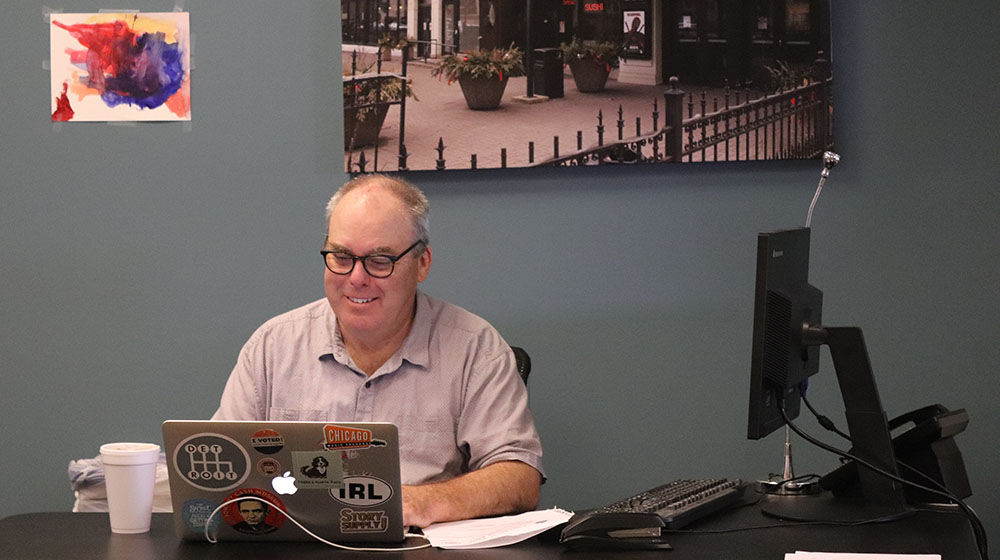 Midway through the program, Carpenter said, “it’s very much a working newsroom.”

The students begin the day by scouring local news of the area, which is followed by a meeting to discuss their findings. The students then work on their assignments, which include print and broadcast pieces.

The stories center around the Rogers Park and Edgewater community, covering everything from restaurant openings to violence in the area.

Some of the stories end up being versions of what was found in other news outlets, but some contain breaking news, such as a story featuring an altercation at a local retail store.

The manager of a Rogers Park retail store called police after allegedly accusing a woman of presenting a fraudulent coupon. The encounter went viral on social media when the woman being accused posted a video of the store manager on the phone with the police. The story was picked up by outlets across the nation, including The Huffington Post, New York Times, and USA Today. 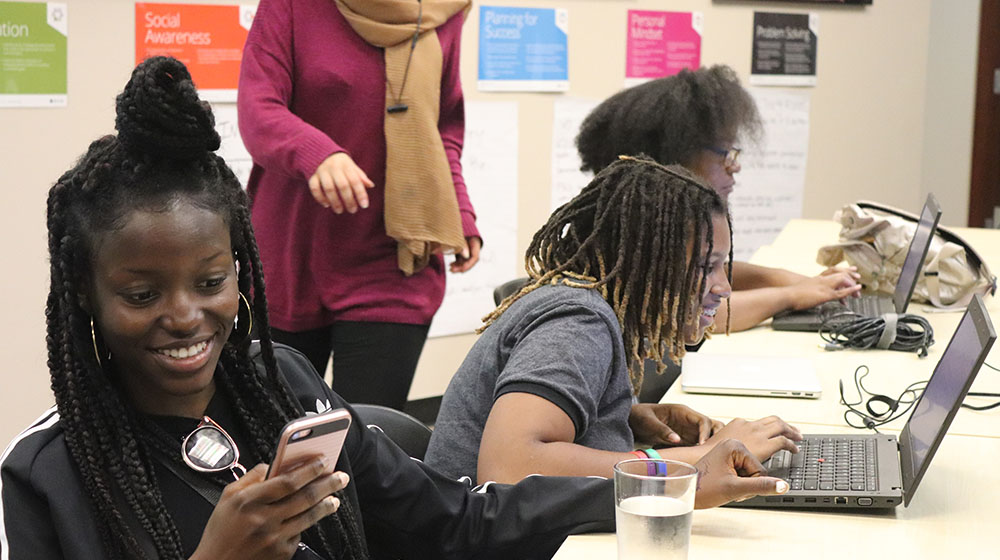 Samar Mustafa, a reporter at RogersEdge Reporter and rising junior at Sullivan High School, was one of several students who decided to go to the store to interview the employees. Upon entering the store, the student reporter was told that the manager who called the police no longer worked there. RogersEdge Reporter was among the first news outlets to post this update to the story, which was then reported by the Chicago Tribune and CBS.

Mustafa said that Loyola’s summer program has been a tremendous help in gaining interviewing experience, a part of reporting she doesn’t like but is growing more comfortable with. Writing stories along with other students has helped her to learn to work through disagreements. She’s learned that she has to “listen to their perspective rather than just giving yours.”

An increase in confidence has been prevalent across the group as a whole, says Loyola senior Israa Alzamli. Alzamli is a broadcast journalism major serving as an assistant editor and mentor at RogersEdge Reporter, along with fellow Loyola senior Almudena Rincon. Alzamli originally joined RogersEdge Reporter for her advanced reporting capstone class for the School of Communication, where she completed long form investigative pieces. Still in its early development stages, Alzamli could already recognize that the program had potential.

“I just remember thinking, this could be so much more.”

She stepped up to assist with the program over the summer, bringing her knowledge and expertise to help train the reporters.

While the reporters are the ones who signed up for this experience, it is clear that they are not the only ones gaining from it. In educating the students, the students in turn educate the community, a cycle which one hopes will only benefit those involved.