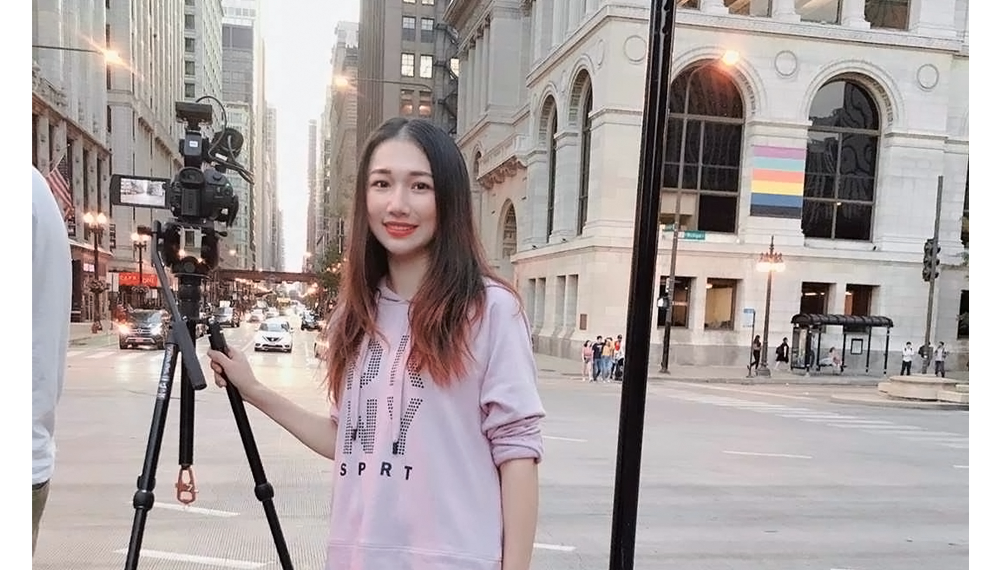 China certainly has an interest in the outcome of the U.S. presidential election. But Loyola University Chicago student Ying Fu had no idea a get-out-and-vote video she recently created would go viral in her native country, getting more than 1 million views.

Ying, a Digital Media and Storytelling graduate student in the School of Communication, was assigned to create the video as part of her COMM 337, Multimedia Commercial Production class.

Professor John C.P. Goheen asked students in his class do research on what makes a video go viral and how to best achieve this goal before they produced their own 30-60 second spot.

Ying chose to produce a video focused on the November 3 election, imagining what voters would do if there are only 30 seconds left before the poll closed. The video was produced for the non-profit organization Indivisible Chicago as one part of an engaged learning experience to encourage people to vote.

The video was first posted October 9 in the United States on YouTube, and to date has 17 views. But when Ying posted the video October 24 on Baidu, China’s biggest search engine, it went viral, with more than 1 million views.

“I posted the video online. I never thought it could really go viral, because it is hard to go viral and no one can guarantee what story can engineer social epidemics,” Ying said. “I was so amazed that this piece could really stands out on the Internet.”

After a lukewarm reception on YouTube, Goheen agreed to let Ying post it on Baidu in China.

“When Ying asked me if it would be okay to post her spot in China, I didn’t think it really would serve one of the most important aspects of this assignment…encouraging Americans to vote in the November 3rd election. Of course, I said yes, as I was curious to see what might happen,” Goheen said. “Four days after Ying posted the spot, she told me it had over a million views. I was shocked to learn how successfully this post was. It’s a great example of you never know how your work will be received.”