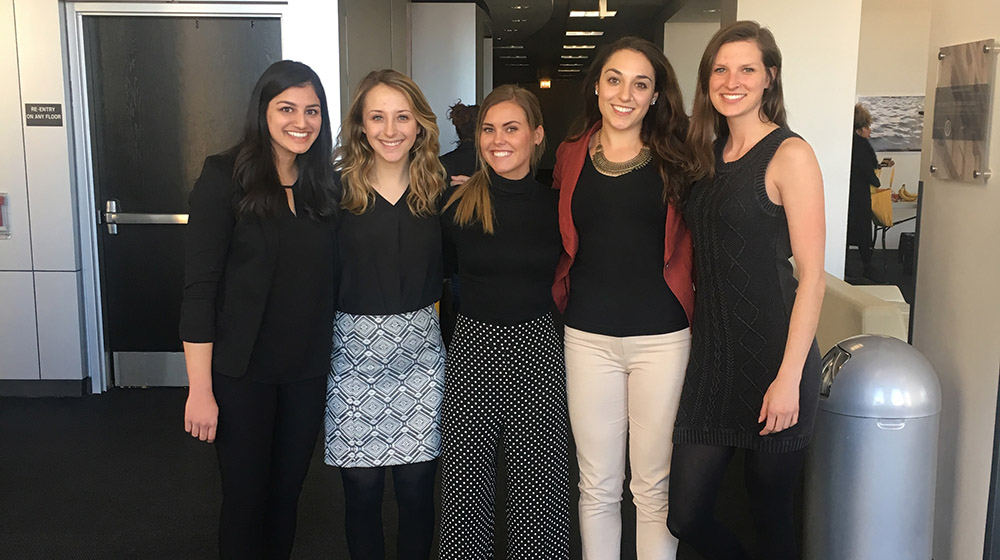 Eleven Loyola School of Communication students created full-scale advertising campaigns in just four days during the recent The One Club Creative Boot Camp. One student on each of the top three teams was from Loyola, according to advertising professor Robert Akers.

At the workshop sponsored by Leo Burnett and hosted by Columbia College Chicago, Loyola students competed among 17 teams, which were comprised of students and graduates from over a dozen schools including DePaul and Roosevelt.

“It was intense but it was a lot of fun. It was amazing,” said Meggan Warnicke, 21, a senior AD/PR major, whose group won second place. “It was nice to see the pace of real work, the different aspects that go into an entire campaign.”

The boot camp began Thursday morning, when participants were divided into teams, received an assignment and a creative brief from Leo Burnett, and broke away to brainstorm ideas. They spent the rest of the weekend developing advertising campaigns with their teams, some working late into the night. 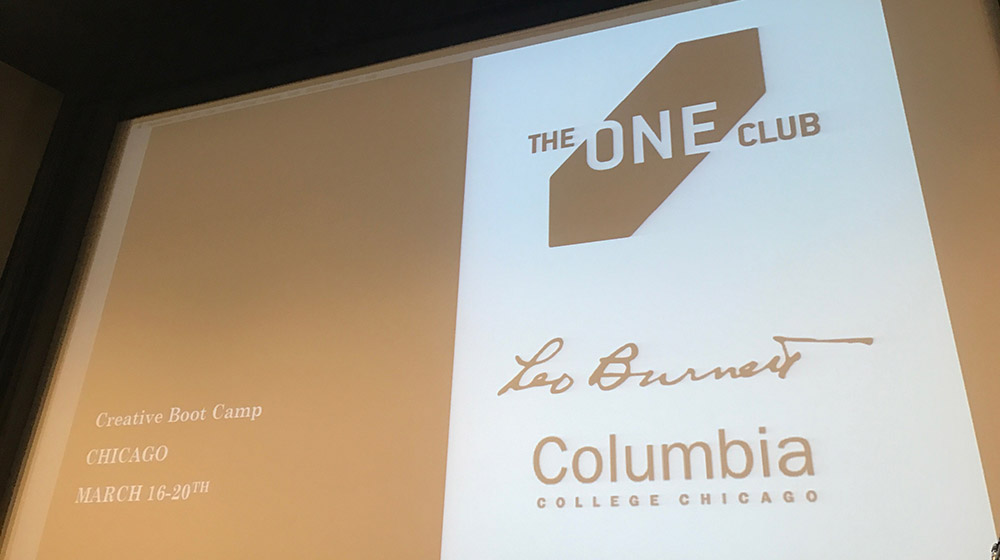 On Sunday, they presented their work to a group of professionals from agencies that included AlphaZeta Interactive, Commonground, FCB, RGA, DDB, Leo Burnett, mcgarrybowen and Rascal by Design, according to The One Club’s website.

Participants on the top three teams were each awarded a one-year membership to The One Club, a book about the creative process and a T-shirt, Warnicke said.

In addition, members of the first-place team – including Loyola’s junior AD/PR major Anna Redman – won the chance to interview for Leo Burnett’s summer internship. Redman said they pulled two all-nighters over the weekend to churn out the winning campaign.

“It was worth it,” said Redman, 20. “I’m really, really excited. I’ve been working on my portfolio basically nonstop since I heard that I won. I don’t want to blow this one shot because not many people even get in the door of an ad agency like Leo.”

“It was very real-life, and it was very enlightening,” said Warnicke, who wants to go into the art direction area of advertising. “It definitely showed me that I have chosen the right path and I’m where I’m supposed to be.”