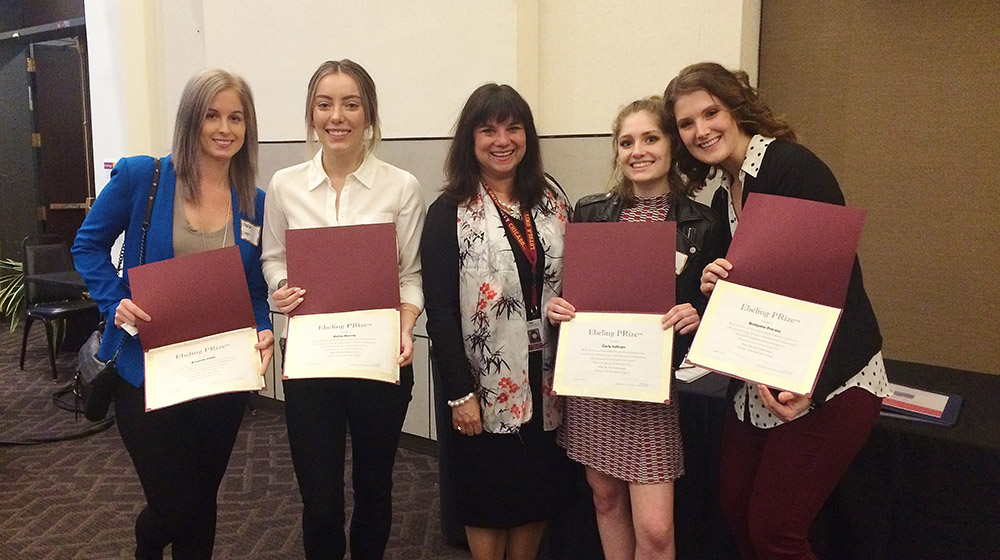 Driven by a shared passion for animals, four public relations students at Loyola developed a campaign to promote a pet fostering program – and for it, they were awarded the 12th annual Ebeling PR-ize scholarship Wednesday night.

The team of Bridgette Potratz, Kelcie Boring, Amanda Klotz and Carly Sullivan won $2,000 to divide amongst themselves, as well as letters of recommendation from Chuck Ebeling, the creator of the prize.

Theirs was one of five groups in professor Virginia Mann’s public service communication class that competed for the scholarship, which rewards excellence in creating cause-related communications campaigns.

They found that the organization – though extremely appreciative – sometimes wanted to take other approaches, said Potratz, a senior PR major with a minor in marketing. She said the differences of opinion between her group and the client brought her teammates closer together and challenged them to think in new ways.

“[We've gained] a lot of real-life experience because you are going to come across the clients that you work with and they're not going to want to change their ways – but that's okay,” said the 22-year-old. “You can still show them that, 'You might not want take what we're offering, but we're still going to get you the results you want,' and that's clearly what we proved.” 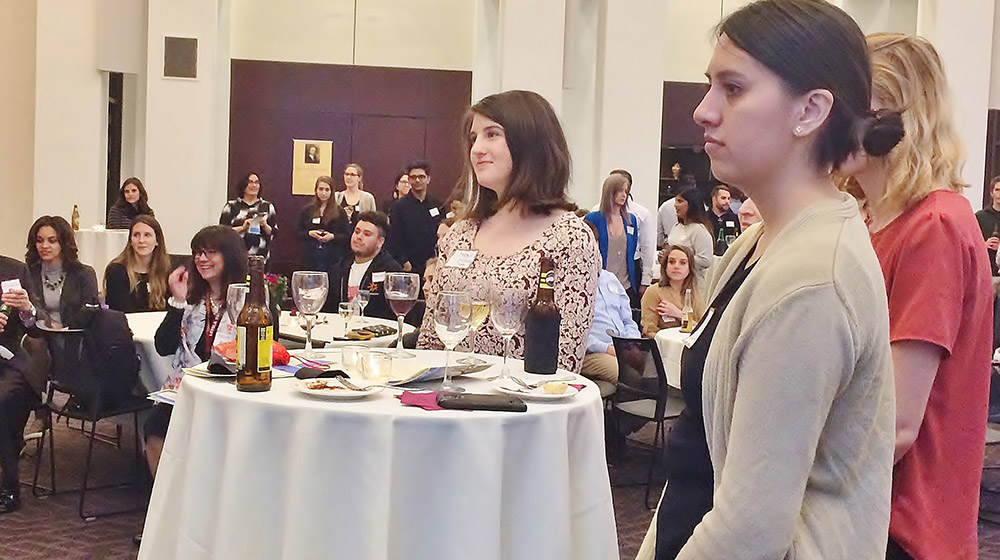 Two social media posts from the team that the organization did implement had significant reach, according to Potratz – they garnered over 2,000 total social media engagements, such as Facebook comments, likes and shares, and Twitter retweets and replies.

Ebeling, who was a pioneer in developing the Ronald McDonald House Charity as chief spokesperson and vice president of corporate communications for McDonald’s, said hurdles like the ones encountered by the Anti-Cruelty Society team make for great learning opportunities.

“One of the most important sets of lessons students take out of this is those things that go wrong in the process of putting together these programs and what they've had to do to work around those blocks,” he said. "Those are reasons that I think this kind of an outreach project approach is a terrific experience for undergrads.”

Part of what made the undertaking rewarding, according to Boring, was the group’s prior knowledge and excitement about the matter at hand. Potratz and Klotz had fostered animals before, and Boring had adopted a cat that was fostered (and is coincidentally named Foster).

“We used our time as foster parents and consumers of this product and just applied it to how we would want to be communicated with, so it came off genuine, organic and persuasive,” she said. “We actually ended up with the most adoptions and foster applications that they've ever had in an event, so I think that was probably the best part to hear.”

About 15 people signed up to become foster parents, a substantial improvement from the 2-3 that the society previously achieved on average, Potratz said. She pointed out that recruiting foster parents is especially challenging, as foster parents – unlike adopters – must commit to training.

But it wasn’t only the numbers indicating that the students hit the mark; several people who attended the organization’s foster open house event in March said they’d heard of it through the students’ Facebook promotions, Boring said.

After about a month of work, the campaign won over the judges, including class of 2012 alum Evan Fazio. He said the project stood out for its cohesiveness, but he commended the campaigns crafted by the other four groups, which worked with the nonprofit organizations Friedman Place, Respond Now, Nurses & The Humanities and Taller de José.

“It was a really, really hard call, which I think is a testament to how hard everybody worked on these programs,” said Fazio, who works for the Chicago Council on Global Affairs. “I would definitely encourage all of those kids to keep on doing what they're doing because they killed it. They did a really great job.” 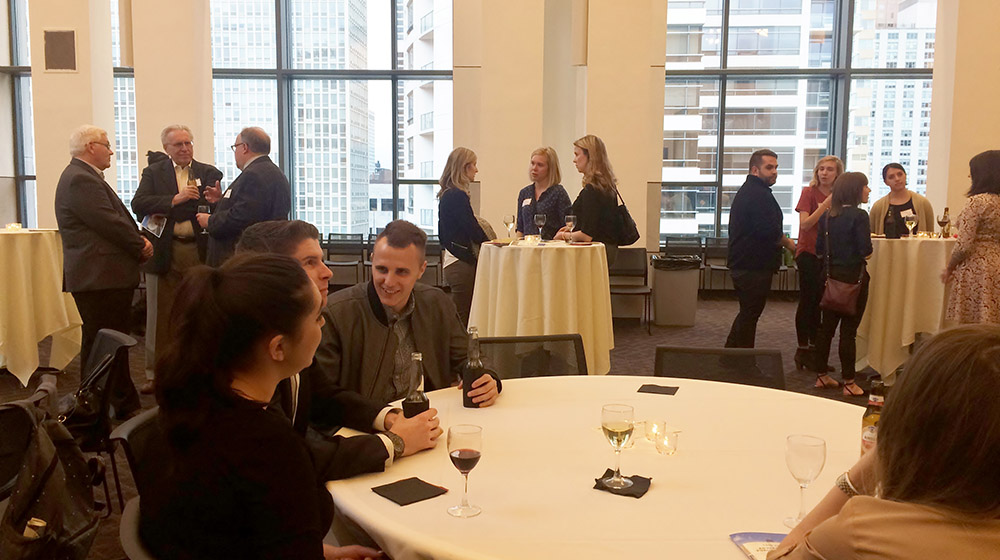 Psychology and ad/PR double major Maggie Brennan was on the team connected with Respond Now, a social services organization that serves 22 communities surrounding Chicago Heights. She and her group members prepared press releases, PSAs, infographics and social media content for the nonprofit organization.

For Boring, the scholarship competition involved learning how to work with a new group and find middle ground with clients. What particularly resonated with her, though, was seeing the impact that her work had on other people.

“In this sense, it was people decided to adopt animals or to make them part of their homes so that they could [eventually] be adopted. That's really important, impactful communication – meaningful communication – to me. That's probably what I'll take away from it,” she said.