Teaching with passion and compassion 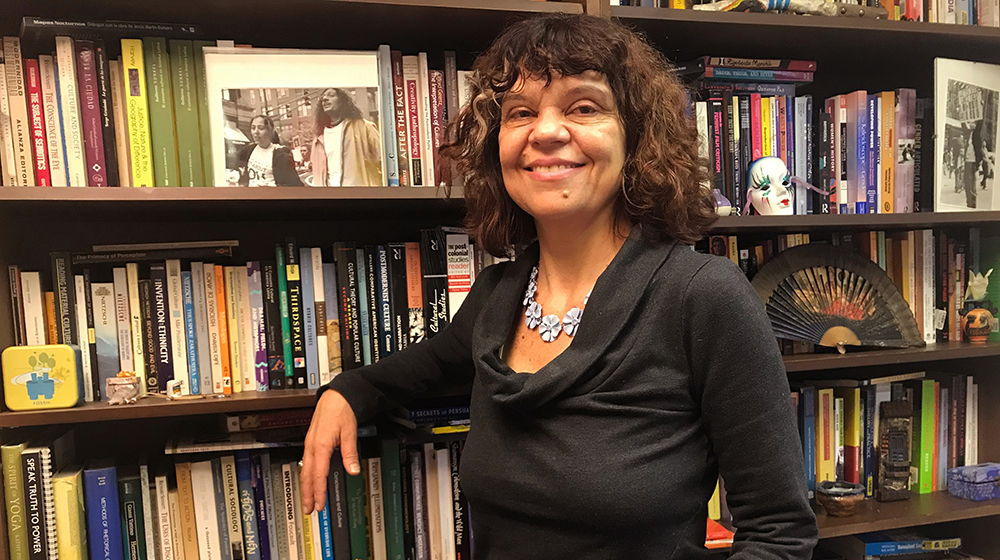 Dr. Elizabeth Lozano stands before her class and declares: “Close your eyes and grin big.”

Lozano explains to her Critical Ethnography class that grinning while thinking of your aspirations for the day will make the day better, and help a person stick to his/her goal.

Her enthusiasm and positive outlook are among the reasons Loyola recently presented Lozano with the Peter Hans Kolvenbach Award for Engaged Teaching. The award recognizes a faculty member who promotes active, collaborative learning through experience — so concepts learned in the classroom are applied to real life situations.

Lozano starts each class with mind and body exercises to help change the class energy and her own. She said she is overly sensitive and can be affected by the energy of the students around her, so she likes to give the class a fresh start.

“I realized very early on how my students’ energy had an impact on me … and I perceived that my energy had a huge impact on people,” Lozano said. “I have realized a systemic correlation between my mood and the class.”

After a short series of stretching and breathing exercises, Lozano’s exuberant personality fills the room and prepares her students for a passionate discussion of the day’s lesson. 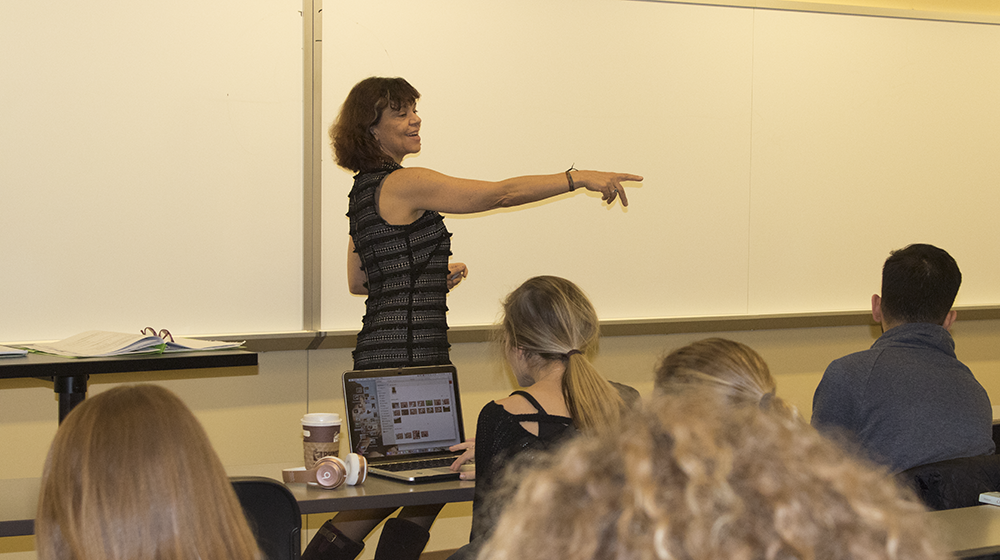 “She’s just generally a passionate person … and when you combine that with her teaching you get a very special experience,” said Elizabeth Black, one of Dr. Lozano’s former students.

“You’re not only learning the content of the class, but you’re learning it in a way that makes you excited to use it. Even the people who didn’t really want to be in class were totally captivated by her,” said Black, a 2017 graduate with degrees in Communication Studies and Global and International Studies.

Lozano was born in Colombia and began teaching at Loyola in 1993 with a brief hiatus from 1996-1999 when she returned to her native country to teach. Lozano said she never fully assimilated into either of the contrasting Colombian or American cultures. Lozano described herself as quirky, passionate and bi-cultural – she has adopted parts of both cultures into her life.

By incorporating her personality and life experiences into the classroom — and acknowledging her and her students’ journeys — she can be a stronger professor.

“I benefit my students the most when I am my authentic self,” Lozano said.

Lozano’s teaching style has changed since she started working in Loyola’s School of Communication. She said she started teaching for herself and quickly learned she had to teach for the student.

“When I started teaching here, I was very good at lecturing and I gave incredibly challenging assignments,” Lozano said. “At the time I said, ‘I will design a class that I would love to take,’ and I realized that was an awful policy to take.”

Lozano now uses stories and popular culture examples to help enhance the students’ experiences in the classroom. She said she doesn’t fit the stereotypical view of a professor, having to stick to the facts and never show expression.

Black, 22, who is now a Junior Researcher for the Global Food Security Project, said Lozano is now a mentor and a friend. She said Lozano’s classes were the most memorable while Black attended Loyola.

“She really leads by example and I really hope other professors look to her and her award and try to model some of their teaching around her style,” Black said. “Out of all the classes I took at Loyola, hers were the ones that stuck with me the most just because of her teaching style.”

Lozano has received several teaching awards while at Loyola, but she said she took this award more seriously.

After being nominated for the Kolvenbach award, Lozano and the other nominees had to answer four questions about their teaching style. Lozano said as she answered the questions she realized there were areas she could improve on, but she also recognized what she was doing well.

“By the time I was given the award I took it seriously and I was very proud,” Lozano said. “This was really satisfying, and I feel tremendous gratitude; I felt supported in the decisions I had made in the ways I conduct my classes.” 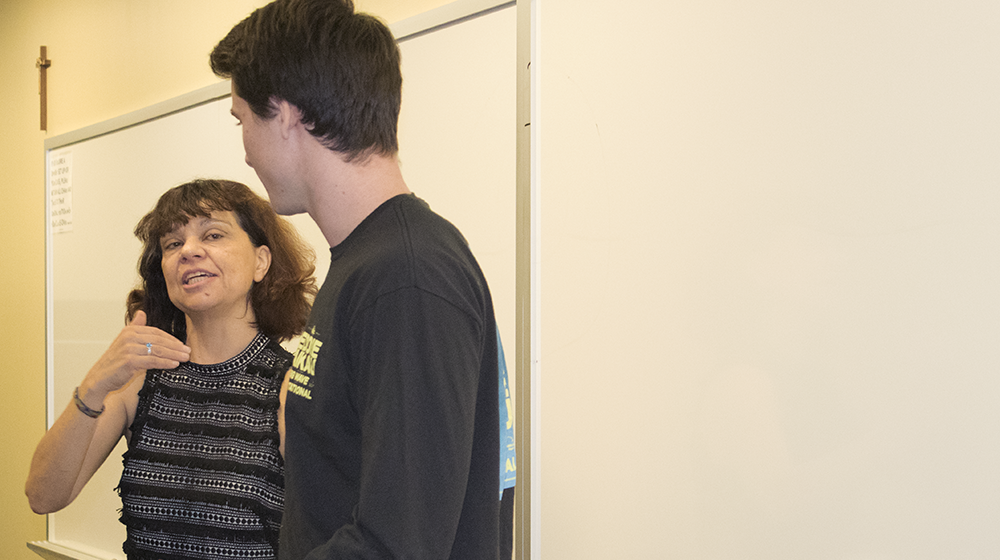 Lozano always encourages students to give their feedback on her class, and her class is always designed around the needs of her students.

Black took four engaged learning courses while at Loyola and said Lozano’s classes were the most memorable and enjoyable.

“She really hit the nail on the head with what engaged learning should be,” Black said.