What's in a Meme? 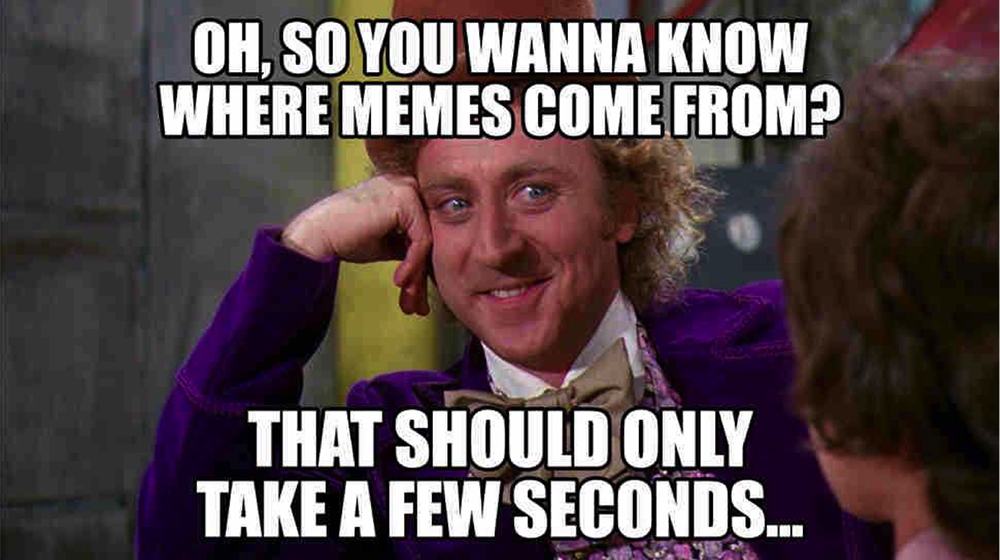 Internet meme sensations like Nyan Cat, Pepe the Frog, and Bad Luck Brian are taking over the Loyola’s School of Communication.

The fall exhibit, titled “Internet Memes: Internet Folk,” is a collection of hundreds of memes curated by artist Ryan M. Milner, professor of media communication at the College of Charleston. The memes catalogued from the past decade represent a significant part of internet culture and communication.

“Internet memes are normally such an ephemeral experience — we just scroll past them on our screens and keep going — so the idea of actually curating, printing, and mounting the images in a more static way seemed like the perfect opportunity to invite others to slow down and consider them in a different way, as contemporary folk art made by everyday people to make sense of everyday situations,” Milner said.

Memes are images created by unknown internet users, according to Milner’s artist statement. They include “quips, jokes, puns, aphorisms, satire, and commentary,” and feature images ranging from art to animals, “stock humans” and pop culture.

“So, in the exhibit you’ll see lots of really funny stuff that people have made and posted online …but I hope that as people walk by and have a chuckle, they can use some of the context I provide with each image to stop and consider the real people and real consequences behind our internet jokes,” Milner said.

Because of the uncertain nature of some memes, Milner said he won’t display inappropriate content, so he doesn’t “glorify” the anonymous artist. Though the exhibit will still show some “edge.”

“I tried to capture the range of internet memes as I know them…,” Milner said. “They’re funny and apt, but also can be crass and cruel, or can launch someone into a fame they can’t control.”

Milner is an “internet historian,” whose work focuses on the ethics of memes and how they can be used to uplift or tear down, said SOC Events Coordinator Genevieve Buthod.

“[Milner] analyzes memes…He’s saying this is a form of communication,” Buthod said. “No technology is inherently bad — it’s how we use it and [if we] can use it ethically, and that’s the point of…what Ryan Milner’s work really is.”

Memes represent an atypical way of interacting with the world, but are a prime example of digital communication, according to Buthod.

Milner began his research into memes in 2010 as a graduate student studying online communication looking for dissertation subjects.  He said writing about memes “made sense” because much of his free time was spent on sites where people created and shared them.

“I figured that there was something really fascinating going on with this seemingly new type of humor and commentary,” he said. “So I decided to combine my emerging expertise with how I was spending my down time. [It] ended up paying off.”

Milner, author of “The World Made Meme: Public Conversations and Participatory Media,” spoke at the 6th Annual International Symposium on Digital Ethics in a speech called “Curating the Mimetic.”

This year, the opening of Milner’s exhibit will take place the day before the 7th Annual International Symposium on Oct. 13.

Milner hopes exhibit viewers get a laugh out of the pictures, but also reflect on how the images are presented.

“…We should stop and think on their creativity—and its consequences for better and for worse,” he said. “I hope the captions and commentary I wrote for each collage I compiled will help too.”

The SOC is holding a contest before the event asking alumni to send their funniest and best memories at the SOC in meme form to a meme generator via email. The winners will be announced during the event.