Workers. Manual laborers. People who take on hard jobs with long hours. These are the men and women who tire themselves to help others—the people who sacrifice so much to keep Chicago running smoothly, and somehow still make time for their loved ones.

A new book from Loyola’s School of Communication students, “Working In Chicago,” tells their stories.

Fifteen students in Professor John Slania’s advanced reporting class—each paired with a photographer—shadowed, interviewed, and profiled working men and women in Chicago this past spring. Now, the book is finally published and available for purchase.

The students wrote their pieces on people in a broad range of vocations: a nurse, a school cook, a teacher, a maintenance worker, and many others. These writers and photographers spent many hours with the workers they profiled, seeing firsthand the diligence the working class exerts on a daily basis.

“I don’t think most people appreciate the determination and courage it takes to put up with the kinds of conditions that a lot of workers do,” Greiwe said. 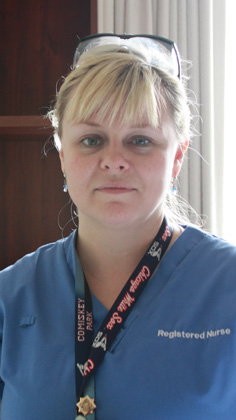 Obrzut said in “Working In Chicago” that it was not her life dream to become a police officer, but many people assume that that is why officers join the police force. Obrzut comes from a family of officers. Two of her siblings have also worked as police, and she had seen the opportunities and benefits that police officers can have.

Greiwe said she never would have guessed that Obrzut’s dream was anything but being an officer because of the passion reflected in Obrzut’s work.

“To see someone be firm, yet funny and likable at the same time, and get the job done while still enjoying herself was empowering in its own way,” Greiwe said.

Chicago’s workers have a lot of lessons to teach us. “Working In Chicago” editor-in-chief Courtney Griffin learned quite a bit from the woman she profiled: Nettlehorst Elementary schoolteacher Laura April.

April is an English language learner (ELL) teacher who works with students of different ages, ethnicities, and backgrounds. This was what drew Griffin to profile April in the first place.

“I saw that she was an ELL teacher, and I thought that would be a great angle to take because of the diversity in Chicago,” Griffin said.

Griffin added that she was familiar with the Nettlehorst’s “renaissance.” Only six or seven years ago, Nettlehorst was a failing school. With a redesign project, and with the help of the neighborhood and its wonderful staff, the school is thriving again. Griffin said she was very impressed with the fact that April had been at Nettlehorst for that, and that was just another reason to highlight  the work April does.

The student reporters and photographers learned a lot from their subjects and from working on the book, according to Griffin. 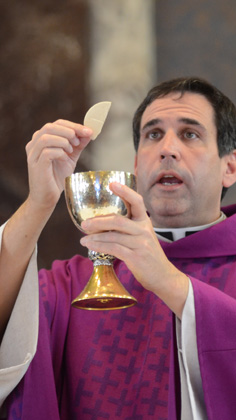 “It’s one of things that you look back on and think, ‘Oh, my gosh—did this all happen this year?’” Griffin said. “It was a really amazing learning experience from a writing standpoint, a technical standpoint, from a leadership and management standpoint.”

Professor Slania was highly impressed with the class as well.

“There was not one student in the group who didn’t put in a lot of effort,” Slania said. “These students are high-level journalists with really strong reporting and writing skills.”

When asked how he came up with the idea to create “Working In Chicago,” Slania explained that he found inspiration in the book “Working” by Studs Terkel. “Working” focuses on the working class in America, and Slania wanted to do the same.

“We wanted to look at the gritty side of work,” Slania said.

In Chicago and across the country, people often overlook blue-collar laborers, who work long hours for wages far below a large portion of the work force. Slania wanted to show the workers in Chicago who keep the city going, but who do not get the same kind of positive attention and prestige that white-collar workers get.

Slania said he plans to repeat the course next semester with a similar focus.