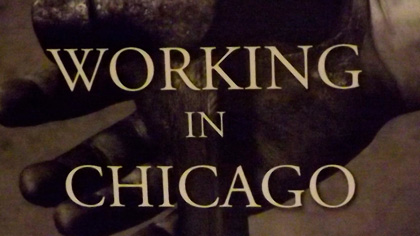 After more than a semester of hard work, Working in Chicago, a photography exhibit featuring student work, is now open. The exhibit opened Wednesday, March 18in the SOC building. It showcases photos from the book  “Working in Chicago” which features the lives of those who work to make the city run, from teachers and police officers, to taxi drivers and postal workers. 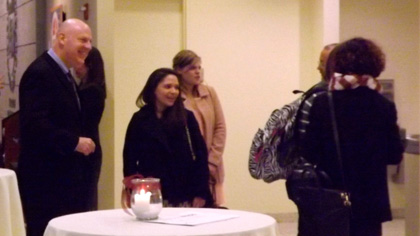 Slania said that students had to go out and find people who worked with their hands, they didn’t want to showcase anyone who worked behind a desk. Over the course of a 15-week semester, Slania said his students wrote the content, coordinated with the photojournalism class, worked on layout and design, sold sponsorships, and sent it off to an online publisher. After receiving a draft copy, they went through a tedious editing process, and the book was published in July. Students raised $3,000 in sponsorships to pay for the publication, and 10% of the proceeds go to the SOC for student scholarships.

Slania said this project was an excellent learning opportunity for students for several reasons. “This whole project fits Loyola’s social justice mission. The whole idea is to go out and get engaged in your community.” he said. It also teaches them entrepreneurial, reporting and writing, and leadership skills. “Ultimately it’s a nice piece for their portfolio.” he added. 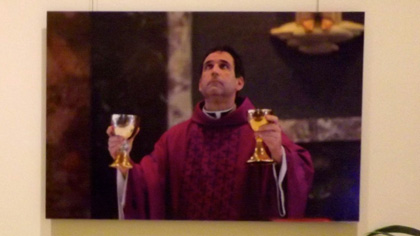 Slania also said that there was a lot of student leadership involved. Courtney Griffin was the editor-in-chief and ran the class. In a speech at the exhibit opening, Griffin said that producing the book was an “experiment” for all of them, as they had never published a book before. “It was so much work and I’m so proud of every single word on every page of that book.” she said. She hopes that the stories featured “bring something to mind of people you know in Chicago and the hard work that runs this city.”

Publishing a book is not something Griffin thought she would do in her college career. “It turned out to be this beautiful collection of all different people, all different backgrounds, all different beliefs, but they had that common Chicago working persona.” she said.

Professor Jameson Chen said the exhibit opening provided a valuable opportunity for students. He noted that often students may complete assignments at the last minute, but “if they think one day their project will become artwork, it will look totally different.” He said it gives them the perspective that “I need to do my work better, because one day it might become an installation from the book.”

Griffin also said that as a student, you’re used to “writing things that maybe only your professor …or a few other people see, and it’s so exciting when you actually create something that other people see and take to heart.”

Images will be on display in the School of Communication until August, 2015.