Kenneth M. Johnson was a Professor of Sociology at Loyola University-Chicago. He is a PhD demographer and sociologist specializing in US demographic trends. Dr. Johnson completed his graduate training at the University of North Carolina-Chapel Hill and received his undergraduate training at the University of Michigan. He taught courses in demography, research methods, quantitative analysis and urban sociology at both the graduate and undergraduate level. Dr. Johnson was named a Loyola Faculty Scholar in 2002 and Faculty Member of the Year in 2006 for his sustained record of excellence in research and teaching.

Dr. Johnson has done extensive research on population redistribution and demographic trends in the United States. His research has been funded by grants from the US Department of Agriculture, Economic Research Service and US Forest Service. He has authored a book and more than one hundred and fifty articles, reports and papers on US demographic trends. His research has been published in academic journals including Demography, Social Forces,American Demographics, The Wilson Quarterly, and Rural Sociology. Dr. Johnson's research has also been reported in articles appearing in The New York Times, Wall Street Journal, Chicago Tribune, Los Angeles Times, Washington Post and USA Today, and he has been interviewed on ABC World News Tonight, NBC Nightly News, CNN, BBC and National Public Radio. An extensive article on Dr. Johnson's research appeared in the Chicago Tribune.

Rural Rebound—Rural areas of the US gained population at near record levels in the early 1990s. This rural rebound was widespread geographically. Rural growth rates diminished in the late 1990s, but began to pickup again after 2001.

Recreation—For several decades, nonmetropolitan recreational counties have enjoyed among the highest population growth rates of any identifiable group of counties. Most of the growth has come from more people moving in and fewer leaving.

Rural Child Poverty—A recent joint research project by Dr. Johnson and demographer William O'Hare of the Annie E. Casey Foundation explores the well being of the 14 million children who live in rural America. They find that rural children, regardless of race or Hispanic origin, have higher poverty rates than their urban counterparts. They also find that access to health care and services is also more limited for rural children. 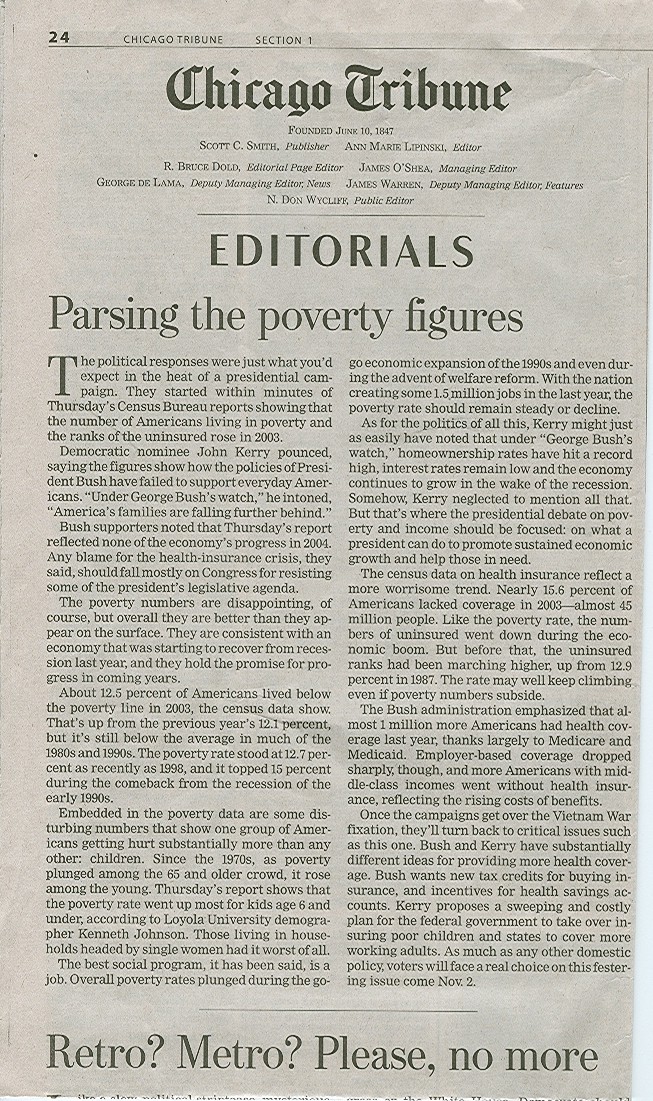