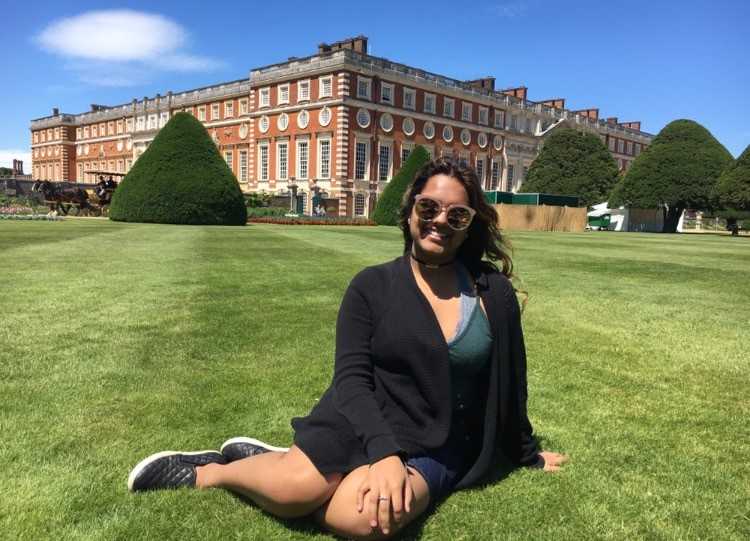 Congratulations to Dayna Mathew as one of the five finalists for the IES Abroad Global Citizen of the Year Award. Spending her summer interning through IES Abroad, a not-for-profit organization and one of Loyola’s approved study abroad providers, Mathew engaged in a unique abroad experience in London. Mathew’s internship placement at Working Chance, a recruitment consultancy for women ex-offenders, reflected her passion for justice and remarkable leadership skills. As a hard-working Criminal Justice/Criminology and Forensic Science major, she put her education forward and created a new campaign to better the lives of the company’s candidates.

Mathew’s desire for change and firm belief in second chances allowed her to see the potential for Working Chance. She hoped to make an impact on the organization and, in turn, developed the MORE campaign: A marketing campaign that aided women to see themselves as more than their deemed criminal status. Her transformative outlook and immense aspiration toward the development of this project encouraged the agency to implement the campaign as part of the program immediately.

Mathew stated, “Seeing our candidates, meeting them and getting to know them, became a priority of mine... I wanted to inspire others to see these women as more, but I would also have to inspire the candidates to believe that they, themselves, are more than their convictions. That, sometimes, is the biggest battle; prison takes away your freedom and can also take away your sense of self. That is why one of Working Chance’s fundamental goals is to raise the self-confidence of the women we see, whether that is through workshops, employability events, or one to one appointments. I’m proud to say I raised the confidence of at least 20 women while I was an intern at Working Chance.”

Following this internship opportunity, Mathew returned to the states with more devotion than ever to become an attorney and help others. Interning at Working Chance has ignited her passion for advocacy and restorative criminal justice, allowing her to continue providing the second chance everyone deserves.‌