The Enduring Impact of COVID-19 on Women in the Workforce 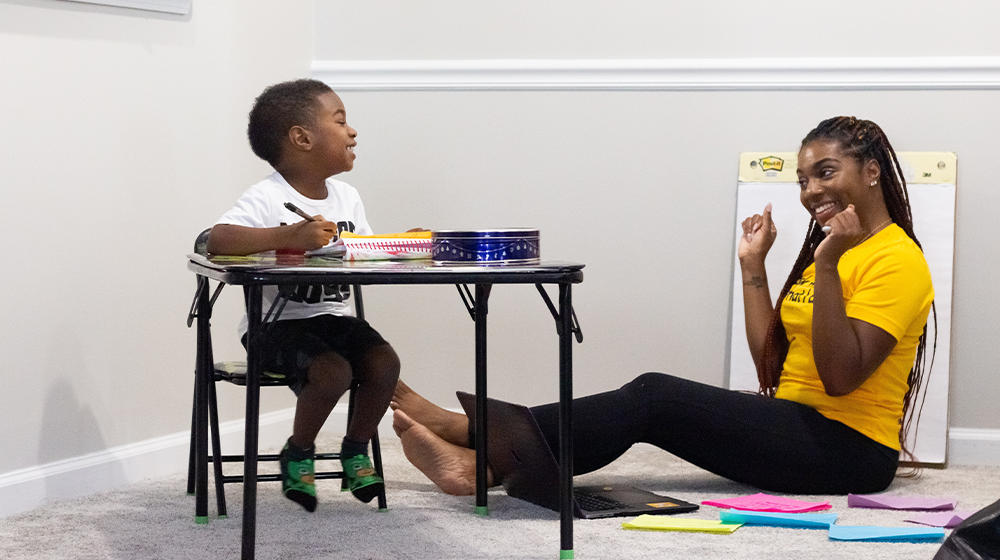 The COVID-19 pandemic has forced many young mothers to make a choice between doing what’s best for their families and doing what’s best for their careers. With online learning environments imposing unique caregiving responsibilities upon parents, mothers across the U.S. have left the workforce to be with their kids at home. Though this shift in the labor force may seem temporary, experts predict its impacts on the business world will be felt for at least the next three years.

For the first time since the late 1980s, female workforce participation in the U.S. has dropped below 58 percent, according to National Women's Law Center data. Among women still in the workforce, more than one in four is considering either downshifting their career or leaving the labor force entirely, according to a McKinsey Report on women in the workplace. This reality — one exacerbated in communities of color — highlights the overarching impact that insufficient childcare options have on working moms.

The Center for American Progress, a progressive think tank, estimates that COVID-19 closures are responsible for the permanent loss of over 4.5 million childcare slots nationwide. Everything from supervision and attention to lunches and activities that schools, and childcare services once provided during the workday are now the full-time responsibility of working parents. Though both moms and dads have been left to fill these needs, mothers have been affected at a much higher rate professionally than fathers.

In April of 2020, as the U.S. was reeling from the first wave of COVID-19 layoffs, men and women shared relatively similar unemployment figures, albeit women’s unemployment rates peaked two percentage points higher than men’s, according to the U.S. Bureau of Labor Statistics. In September of 2020, however, — as school began to resume — a striking 80 percent of the 1.1 million people who left the workforce were women.

No group has been impacted more by the oftentimes conflicting work-life demands of COVID-19 than Black women. The 2018 Current Population Survey found that over two-thirds of Black mothers are the sole or primary breadwinners of their household. Despite this, employment levels for Black women during the pandemic have declined by 9.7 percent — while employment levels for white men, white women, and Black men have declined by 5 percent, 5.4 percent, and 5.9 percent, respectively. Occupational segregation is cited as likely being a part of the reason for the disparate impact on Black women.

From a purely economic perspective, it is estimated the current exodus of women from the workforce could amount to over $64 billion a year in lost wages and economic activity, according to The Center for American Progress. If female labor force trends continue, global GDP could be $1 trillion lower than it would be otherwise over the next 10 years, according to Harvard Business Review.

No matter the economic consequences, it’s hard to imagine where America’s youth would be today without the unfaltering work of moms to ensure the well-being of their children during this pandemic. With a love for moms and a passion for fostering diverse, high functioning work environments, the Loyola Supply Chain and Sustainability Center invites industry professionals and government officials alike to partner with us in helping women find good returnship programs for pandemic leave, reliable childcare options, new training opportunities and companies with norms centered on work-life flexibility. This nation’s ability to have a labor force with both the skills and perspectives needed is contingent upon getting this situation fixed as soon as possible.

As we begin the journey to normalcy, we must never forget the sacrifices moms had to make to get us here — sacrifices they should never have to make again.