When will the robots deliver our groceries? 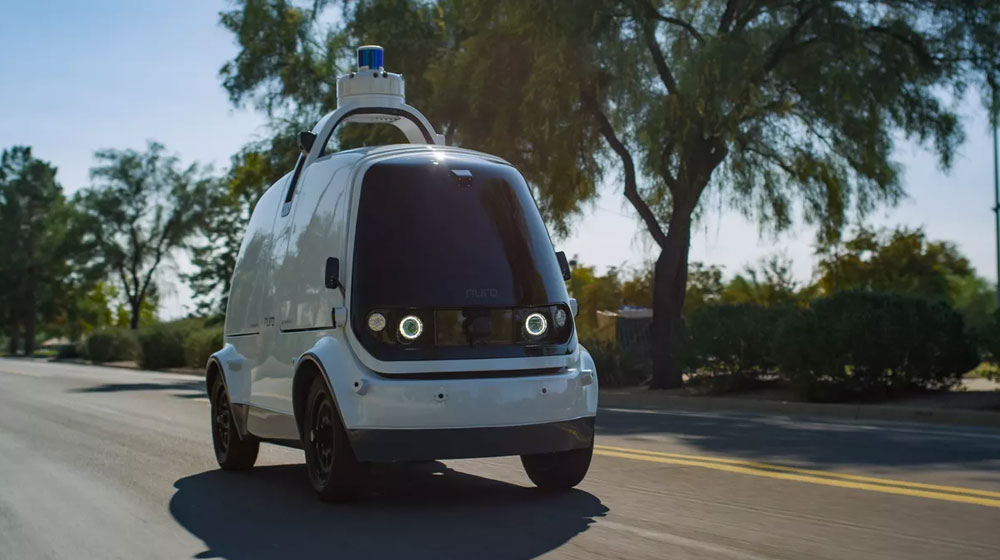 Autonomous vehicles (AVs) have been on the minds of transportation and supply chain professionals, as well as the general public, for many years now. Many potential impacts of autonomous vehicles have been identified, for both passengers and freight. Impacts related to passenger travel include:

However, the potential benefits and impacts of AVs are not limited to passenger travel. Supply chain and logistics experts have identified multiple ways in which AV adoption could benefit freight transportation carriers and customers, including:

The perceived potential benefits of AVs are so great that Intel is forecasting a new transportation economy based in part on AVs that will total $7 trillion by 2050, with $3.7 trillion coming from consumer mobility-as-a-service and $2.9 trillion coming from business-to-business transportation including freight. Yet where are they? In 2015, Elon Musk guessed that “we will have full autonomy in approximately three years.” Clearly we do not yet have full autonomy, and that is due to multiple factors, including technological, governmental, and psychological.

However, hardly a week (or day) goes by where some freight transportation/logistics company doesn’t announce an investment or partnership related to AVs. A common theme to these endeavors is the use of AVs for repeated moves between transportation hubs, often hubs that are great distances apart. Volvo is reportedly developing AVs for just this use case. Daimler Trucks recently acquired Torc Robotics and together their early focus is on highways between defined distribution centers, with potentially a few lane changes along the way. In terms of shippers, WalMart also sees AVs as particularly useful in middle-mile, repeated moves for grocery delivery. The United States Department of Transportation now provides a web-based tool that enables individuals to track lab and track-testing of AVs.

While it’s clear that we won’t see fully autonomous vehicles on all roads in the next three (or even thirty?) years, it seems realistic to expect that we will see unmanned trucks on our highways in the near future (next ten years?). The general consensus is that we must “be patient” with the development of this technology and the infrastructure and regulations to enable its use. In addition, autonomous vehicles may not even be the right term, as there may still be a driver in the vehicle. Only now that driver will be performing other value-added tasks. In fact, some have stated that “driver assistance vehicles” is a more apt description of what we will see on our roads in the near future as opposed to “autonomous vehicles.” It is logical to think that the first realistic use case for AVs is dedicated lanes on a highway between two “transfer hubs.” However, what is the second?