Andreas Carlgren, former Swedish minister for the environment, examines the issues at play in the 2015 Paris Climate Conference (COP21) 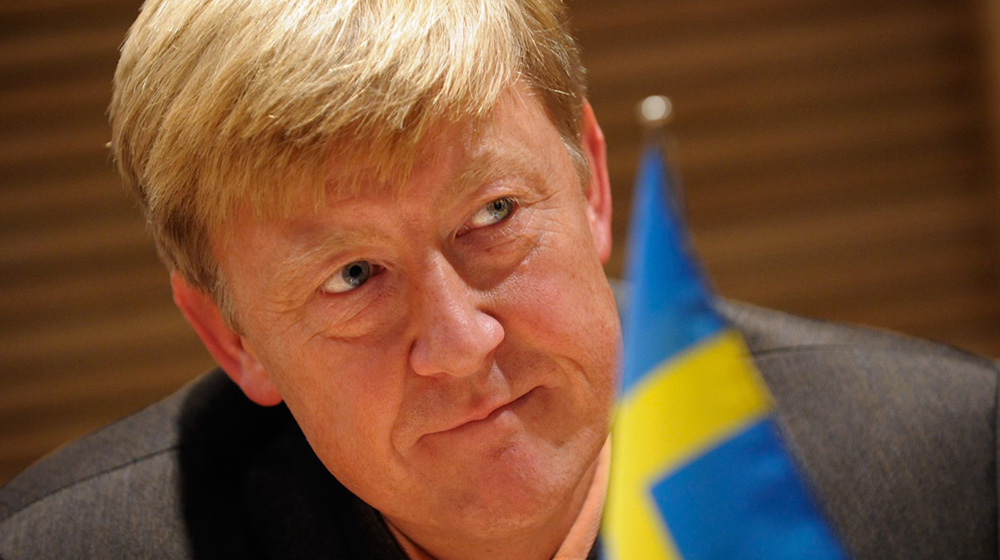 From 2006-2011 Carlgren served as the Swedish Minister for the Environment. Throughout his term, he helped Sweden reduce emissions by almost 40 percent through investment in renewables and the green car industry.

How can we develop international agreements to reduce green house gas (GHG) emissions? What are the different perspectives on climate change between developed and developing countries? Will the Global Climate Summit in Paris (COP21) be a success or a failure? Andreas Carlgren addressed all of these pressing questions during his guest lecture at Loyola University Chicago on November 3, 2015 to a packed house of students, faculty and staff. Drawing on his five years of experience leading the EU in international environmental diplomacy, Carlgren discussed the future of climate change negotiations through these key issues below.

“I have to say, when I first started in these [climate change] negotiations, it was difficult to get anything done,” Carlgren said.  Carlgren quickly learned that climate change agreements are very complex, especially because countries have conflicting priorities. The biggest challenge he has seen is the divide between developed and developing countries. He explained that although we are all responsible for climate change, developed countries, with higher emission levels over a longer period, have more of a responsibility- a term known as common but differentiated responsibility.

Ideally some of top emitters like the United States would finance sustainable development in developing nations. This would help countries build their economy while thinking consciously about the environment.  “There must be a shift to allow resources from developed countries into developing countries,” Carlgren said. “You can’t just make sure your own country is safe. You really have to make sure that the globe is safe.”

Issue 2: The Need for Global Reduction of Greenhouse Gas Emissions

Under the Kyoto protocol and the UNFCC, nations have already adopted their own GHG emission reduction programs. However, Carlgren said these aren’t sufficient to decrease global warming to below the 2 degree Celsius target. “We are currently on a path to around 4-5 degrees Celsius warming by 2100, which would create unmanageable environmental challenges,” he said. “Even two degrees will cause significant damages and disruption.”

Yet Carlgren said that the top emitters, such as the United States and China, are apprehensive about further reductions, because many countries do not want to be constrained by a legally binding agreement. International agreements would require nations to hold themselves accountable through national emission laws and regulations. He discussed the need for countries to create more ambitious targets by 2030, and emphasized that stabilizing GHG emissions would require roughly one percent of the global GDP.  “What they need to achieve in Paris is a legal form that will push the countries to upgrade their emission level reductions.”

Still, Carlgren remains hopeful that COP21 “could reach a new, global agreement on climate change.”  Both common but the differentiated responsibilities and the reduction of GHG emissions will be among the major debates at COP21.  Specifically within the developed/developing countries conversations, he anticipates a debate on whether or not China should be counted as a developed or developing country. China is unique, because it has expanded its’ investment in renewables while simultaneously peaking in GHG emissions.

Although an ideal outcome of COP21 would be to develop internationally binding agreements for GHG emissions, Carlgren said this might not be completed during the conference.   “Even if the targets aren’t legally binding, it would help countries to review their emission levels and upgrade their emission levels to be more ambitious,” he said.  Carlgren suggested creating a public registry for emissions and climate action for all countries that would be open to viewing by all.  “How do we create global trust? Transparency.”

COP21 will facilitate goals for the future. Most importantly, the conference will bring light to an important, international dialogue on climate change. “Will they agree? Will they find a way in the future to reduce more emissions and develop more adaptations? That is the main issue that I hope will be achieved."

From 2006-2011 Carlgren served as the Swedish Minister for the Environment. Throughout his term, he helped Sweden reduce emissions by almost 40 percent through investment in renewables and the green car industry. He participated in several international environmental negotiations on behalf of Sweden as well as the EU, such as the 2009 Copenhagen conference, the Cancun Agreement, and biodiversity negotiations in Japan in 2010.

COP21 will be held Nov. 30 through Dec. 11 in Le Bourget, France. Click here to learn more about studying abroad in Sweden.