Ecotoxicologist sought out during Vietnam disaster 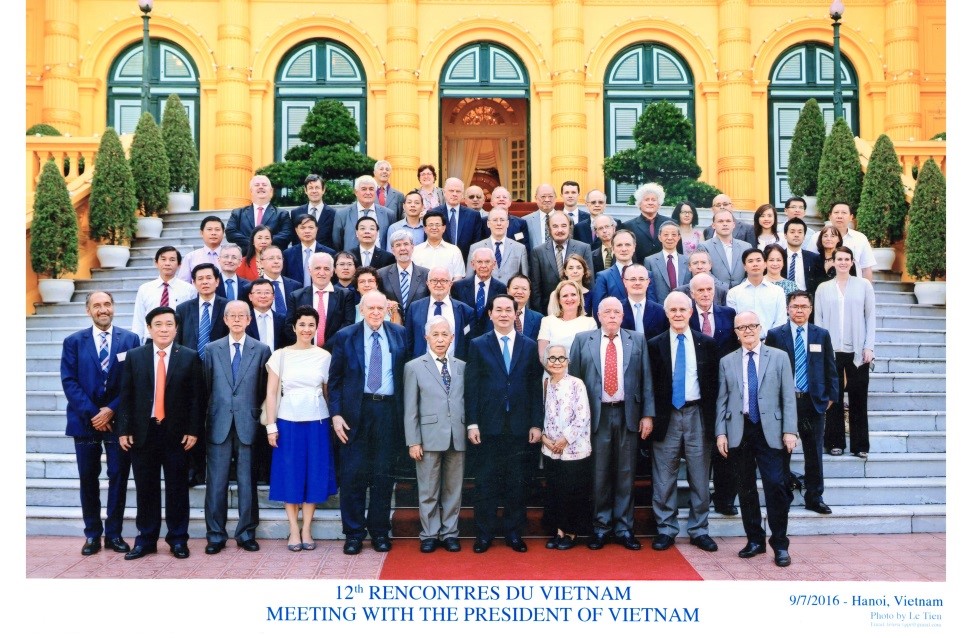 The Vietnamese Ministry of Science and Technology invited Hoang and 200 scientists to a conference on “Fundamental Science and Society” where they met with the country's president to deliver recommendations to the presidential palace in Hanoi.

This spring, Vietnam experienced a massive localized die-off of fish populations in the waters off of four coastal provinces, a disaster that sparked rare protests across the country and affected thousands of people. Heavily dependent upon fishing and tourism, this area immediately began suffering the public health issues and the economic consequences of a collapsed market for fish and products such as fish sauce. The fish deaths were attributed to the release of toxic chemicals from a coastal steel mill owned by Formosa Ha Tinh Steel Corporation. The company agreed to a $500 million fine, a widely criticized figure, to compensate people affected by the contamination and to begin cleanup efforts.

Hoang joined the IES (SES) as a faculty member in 2012. His research focuses on adverse effects of environmental contamination on various aquatic species. The same year he began his work at Loyola, Hoang was awarded a five-year grant to study copper toxicity on tropical organisms in the Mekong River ecosystem with the goal of developing a model of metal bioavailability. Measuring how much of a substance reaches the blood stream, his Biotic Ligand Model (BLM) can be used to support setting particular water quality guidelines for copper.

The massive fish kill was not the first time Hoang consulted outside Chicago. The BLM research project grew to an international collaborative effort, joined by scientists from other Mekong River countries, such as China, Thailand, and Vietnam. Hoang organized the second International Conference on Environmental Pollution, Restoration, and Management in Hanoi in 2013 and two additional training workshops on the BLM in Vietnam and Thailand. Events were targeted to scientists and managers from developing countries and drew large attendance from academia, governments, and the industrial sector. The result was international recognition for Hoang as a preeminent ecotoxicologist in the Southeast Asian region. This catapulted him into the Vietnamese media spotlight for his expertise in environmental toxicology.

Earlier this year, Hoang was invited to collaborate with a group of scientists from the World Health Organization and Vietnam National University to evaluate the potential long-term effects of the Vietnam disaster. At multiple media appearances with National Public Radio of Vietnam, Hoang discussed the cause of the fish deaths and the remediation process needed for the contaminated area.

Following this rise to fame, the Vietnamese Ministry of Science and Technology invited Hoang and 200 scientists from the UN, WHO, UNESCO, IPCC, and OECD to a high-level professional conference on “Fundamental Science and Society.” Deputy Prime Minister of Vietnam Vu Duc Dam greeted those in attendance, including six Nobel Prize winners and one winner of the Fields Medal in mathematics. As Vietnam is in the early phases of industrial development, this conference focused on the importance of science for sustainability and social development, including environment, public health, education, peace, and climate change. Following two days of intense discussions, 45 of the participants were invited to the presidential palace in Hanoi to meet with the president and deliver suggestions and recommendations for planning future development. This encounter was productive and was covered throughout the national and news media in Vietnam—with Hoang giving additional nationally televised interviews.

Tham Hoang’s next contribution to Vietnam’s development will be organizing the third meeting of the International Conference on Environmental Pollution, Restoration, and Management, cosponsored by the Asia-Pacific chapter of the Society of Environmental Toxicology and Chemistry (SETAC) to be held in March 2017 in Quy Nhon, Vietnam. His contributions to Loyola and his native country continue to impress the scientific community, making important research applicable to solving today’s environmental problems.