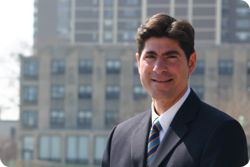 Mark Allen McIntosh, 61, of Wilmette, IL, passed away October 13, 2021 after enduring a long battle with ALS with courage and grace. Mark received his B.A. from Yale University in History, taking further degrees from Oxford University and The General Theological Seminary of the Episcopal Church, before receiving his Ph.D. in Theology from the University of Chicago in 1993. He was ordained to the priesthood in 1986. Throughout his career, Mark served others: as the Professor of Christian Spirituality at Loyola University of Chicago and the Van Mildert Professor of Divinity at Durham University, UK; and as a Priest, at St. Michael’s Episcopal Church in Barrington, at Durham Cathedral as a Canon Residentiary, and at St. Luke’s Episcopal Church in Evanston. Mark was a passionate and devoted teacher of undergraduate and graduate students for over twenty-five years, co-founding the Honors Program at Loyola and helping to re-imagine the undergraduate teaching program in Theology & Religion at Durham University. He is the author of nine books on Christian spirituality and theology, and served as the Canon Theologian to the Presiding Bishop of the Episcopal Church.

In lieu of flowers, donations may be made to advance cures for ALS through https://iamals.org/give/ or to the Mark McIntosh Scholarship in the Humanities at Loyola University of Chicago online at LUC.edu/give. (Click on the button that says "View Schools, Programs and Campaigns, scroll to the bottom and select the “other” option and then key in “Mark A. McIntosh Scholarship in the Humanities”.)