"Who is Sitting on which Beast?" Interpretative Issues in the Book of Revelation 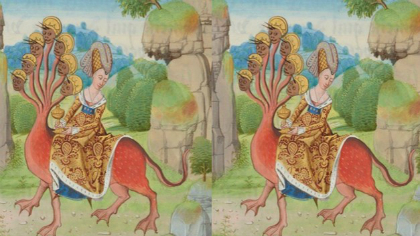 The John Cardinal Cody Chair of Theology will be sponsoring a conference titled “Who is Sitting on Which Beast: Interpretive Issues in the Book of Revelation” on March 30 – 31 in the Information Commons 4th Floor Lecture Hall. The conference is co-sponsored by the Department of Theology, the College of Arts And Sciences, Italcultura, the Italian Cultural Institute, and the Consulate General of Italy.

Panelists:
Louis Painchaud, Université Laval:
"The Temple, the Beast, and Its Number"

Andrei Orlov, Marquette University
"Antagonists and Protagonists in the Book of Revelation: Their Symmetric Priestly Attributes and Yom Kippur Traditions"

Luca Arcari, Naples University
“Of Women and Beasts: Progressive Histories, Tales, or What Else?”