Coworking in the community 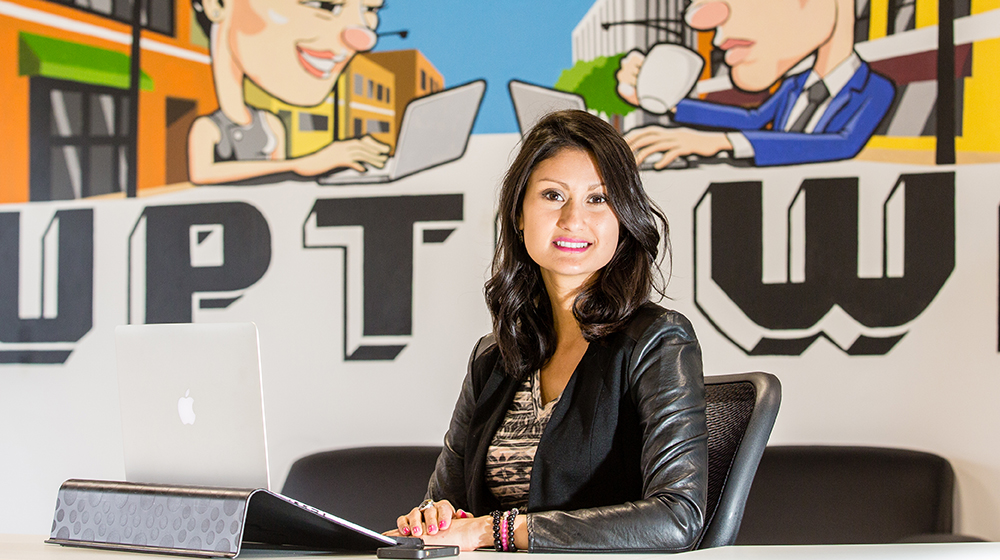 Nicole Vasquez (MBA ’11) is an entrepreneur who rents space to mobile workers in blocks as short as four hours.

Nicole Vasquez (MBA ’11) knew two things in 2008: she wanted to open her own business, and Loyola would provide her with the knowledge and tools to get started. “I was attracted to Loyola’s all-star reputation and how easily it fit into my schedule,” Vasquez says.

Vasquez applied to Loyola while working in a traditional 9–5 desk job, which she described as isolating and frustrating. Her initial frustration led her toward a new career path in sales and marketing, where she was able to work from home most mornings and meet with clients in the afternoon. However, Vasquez soon discovered that the “kitchen table office” was equally detached from the working world.

This led to the creation of her first company, BLEND, during which time she began attending communal events at 1871, an entrepreneurial hub and coworking space located in the Merchandise Mart. Coworking is a style of work that involves a shared working environment, often an office, where self-employed people or people working for different companies can rent and share work space.

“When I first visited 1871, it literally caused me to stop in my tracks,” Vasquez recalls. “After that initial visit, I started going to other coworking spaces, and I fell in love with the concept.”

Armed with an MBA and inspired by the productivity, creativity, and community that coworking spaces offered, Vasquez opened her own coworking space, The Shift, in Chicago’s Uptown neighborhood. “Everyone works from home or a coffee shop up here,” Vasquez says, “and I thought, why are these shared spaces only downtown?”

The Shift’s mission is to offer an affordable space that caters to individual schedules, encourages collaboration, and fosters community. Customers can reserve a four-hour time block, or one shift, for $16 on weekdays and $15 on weekends, or opt for a membership. Membership benefits include networking events, access to networking communities, and classes taught by industry experts.

“My business is here to help support other people’s businesses and passions,” says Vasquez.

This article appeared in the Summer 2015 issue of Loyola Magazine. Read more →