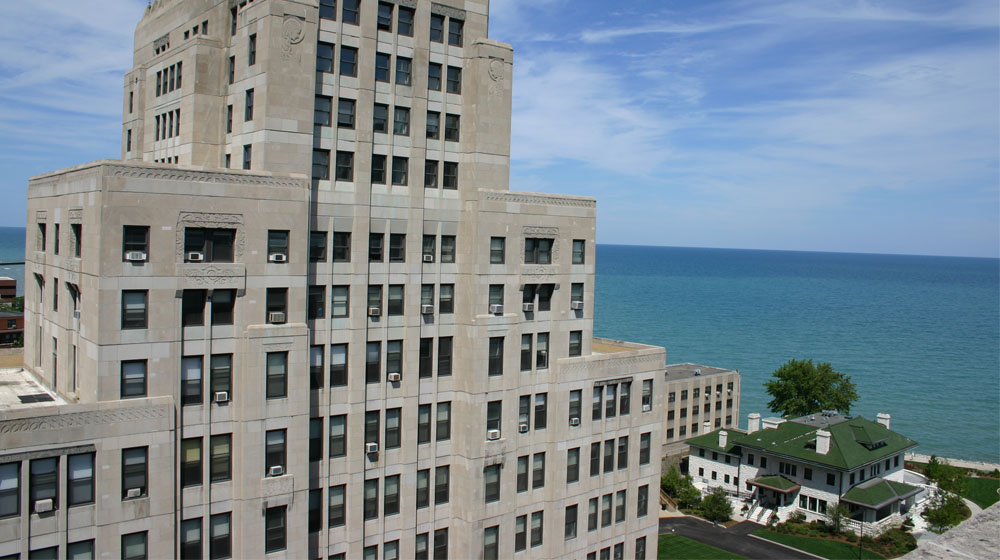 Former president of Mundelein College and lifelong educator, Ann Ida Gannon, BVM, turned 100 this year. Sr. Gannon’s introduction to Mundelein College was in 1928, when she attended Immaculata High School in Chicago’s Buena Park neighborhood. As a clarinet player, Sr. Gannon volunteered to play in the Mundelein band to help welcome Cardinal Mundelein at the building’s dedication. Soon after, she received a scholarship to Mundelein College but decided to join the Sisters of Charity of the Blessed Virgin Mary instead.

After receiving her PhD in philosophy from St. Louis University, Sr. Gannon joined the faculty at Mundelein College to teach philosophy. In 1930, after six years of teaching, she received a letter stating her appointment as president of the college.

Sr. Gannon’s mission was to educate women and place them into male-driven fields like medicine and law. During the course of her presidency, she created a weekend program for working students, served on boards ranging from education to women’s rights, and accepted students’ convictions at face value.

Boards served on: 21
Sr. Gannon was appointed by President Nixon to the Presidential Task Force on Women's Rights and Responsibilities. Other boards included WTTW Chicago Public Media and American Council on Education.