The CDEP has awarded our inaugural Digital Ethics Award to Taylor Dumpson. The award comes with a $1000 check and aims to recognize individuals who have displayed ethical behavior that has contributed to the promotion of social justice in digital communities.

The CDEP honors Miss Dumpson for her fight against online hate speech after being targeted by a racist troll storm. In her fight, Ms. Dumpson has utilized the court system to set a new standard for dealing with this form of bigotry through restorative justice.

The award ceremony will take place on November 7 at 1:00 p.m in Regents Hall on Loyola’s Water Tower Campus. The event is part of our 9th International Symposium on Digital Ethics. Chicago-based data scientist and activist, Lorena Mesa, will present the award. We will also recognize a student from the Loyola communitywho has embodied our social justice mission through digital technologies with our inaugural Student Award in Digital Ethics. 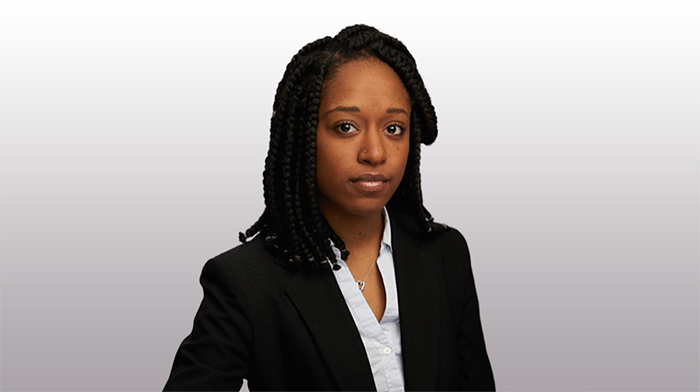 In April 2017, Taylor Dumpson was the first black woman elected to serve as student government president at American University. As a result, she became the victim of racially-based harassment on campus as well as online. The hate campaign intensified after Andrew Anglin, founder and publisher of the neo-Nazi site the Daily Stormer called for a “troll storm” against Dumpson.

One of Anglin’s followers who heeded his call became one of three defendants sued by Dumpson after his identity was uncovered. Dumpson settled with the defendant in a unique way by requiring the white supremacist to assist in the investigation of the other online trolls involved, apologize in a video for advocacy purposes, attend a year of anti-hate training and counseling, take four courses on race and gender issues and do 200 hours of community service relating to racial justice.

The nomination committee praises Ms. Dumpson for spending some of her settlement capital on reforming the perpetrator and has him contribute to the fight against online hate, benefiting not just herself, but others in her situation. In doing so, she utilized her ordeal to set a new standard for dealing with this form of bigotry through restorative justice.

Following these events, she organized a town hall of over 400 people, spoke at a press conference on Capitol Hill and continues to share her story around the country.

As a student at American University, Dumpson was also the president of the Intercultural Greek Collective, vice president of the Alpha Kappa Alpha Sorority, Lambda Zeta Chapter, led service projects around Washington D.C. and organized numerous programs to foster inclusion and dialogue on cultural competency.

Dumpson, who currently attends law school, has continued her legal battle against Andrew Anglin, the instigator of the online hate campaign. On August 13, 2019, Dumpson was awarded over $725,000 in a default judgment.