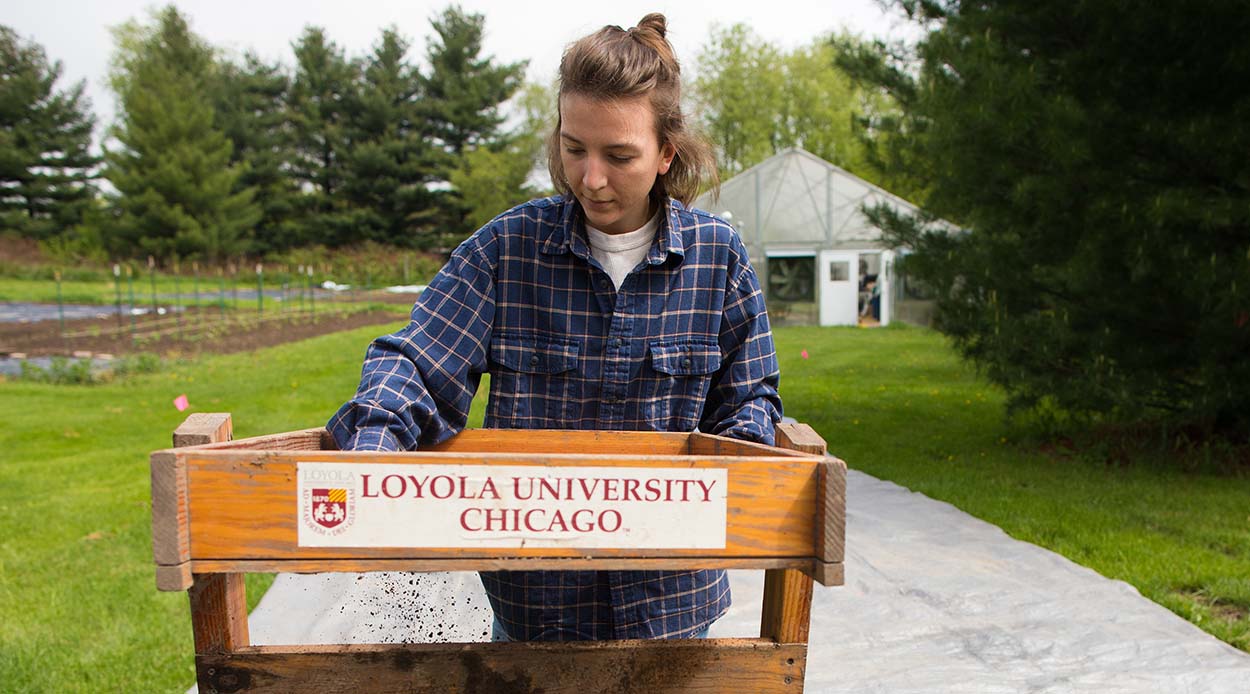 A little dirt, some grass, and 19th century abolitionist history created a perfect summer mix for some Loyola University Chicago College of Arts and Sciences students. This is what anthropology major Teresa Maksimovich (BS ’18) experienced during a field project this summer.

At Loyola’s Archaeology Field School, she and a group of students worked on an ongoing excavation of early 19th century pioneer farmstead buried at what is now Loyola’s Retreat and Ecology Campus (LUREC).

“Completing the field school has given me a great understanding and appreciation for historical preservation and research.” Teresa Maksimovich (BS ’18), anthropology major 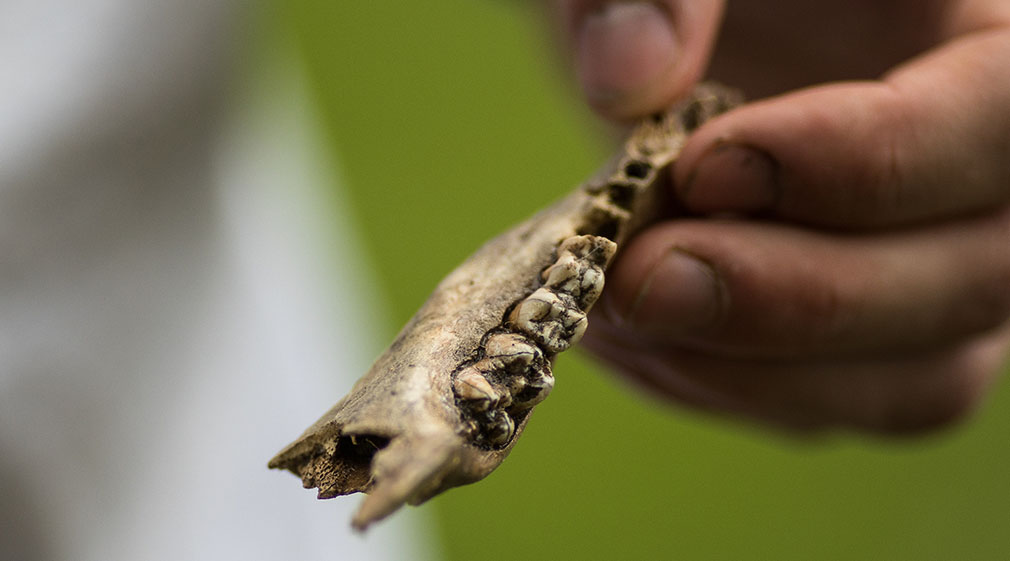 A pig jawbone is one of the artifacts found by students during the Archaeology Field School this summer. Animal bones, household items, and tools are among the things students uncovered during their dig. (Photo: Lukas Keapproth)

It is believed that the homestead was actively used from 1835-1855. It belonged to the Anglo-American Christopher Walkup and his family of six children, according to Daniel Amick, PhD, associate professor of anthropology. The Walkups were part of a group of families from West Virginia who settled along the route known as "Virginia Road," which stretched from Algonquin to Woodstock, Illinois. Historical records indicate that these families had come to Illinois because they were opposed to slavery and wanted to live in a free state.

Amick, who was the lead archeologist onsite and taught the course, described how important it is for students to be involved in the excavation.

“Over the past seven years, this project has provided opportunities for about 60 students to learn about archaeological field work and lab methods through hands-on participation,” he said. 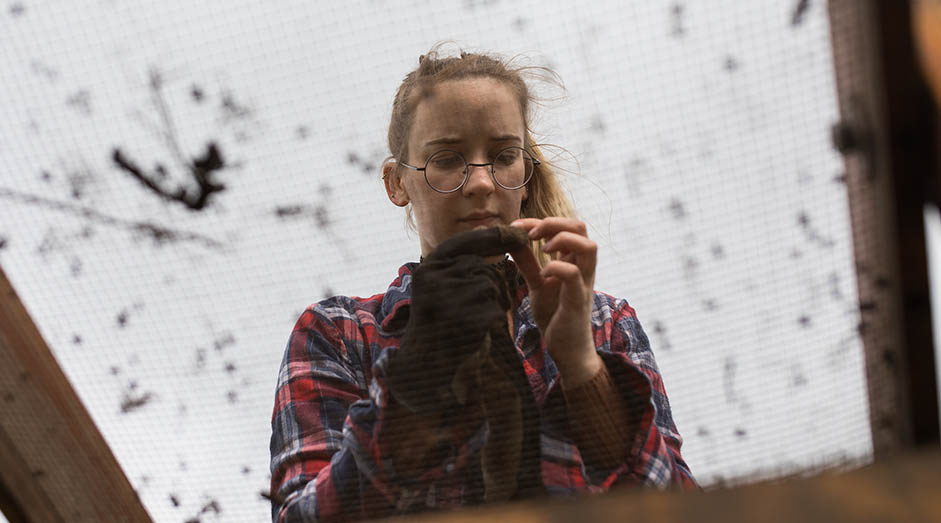 Sociology major Bridget Matthews (BA ’18) sifts through items found at the archaeological site, which is a homestead that was active from 1835-1855. (Photo: Lukas Keapproth)

For recent Loyola graduate Maksimovich, the program set the ground work for her new job in preservations at the Halim Time and Glass Museum in Evanston, Illinois. There she serves as the collections and education coordinator.

“Completing the field school has given me a great understanding and appreciation for historical preservation and research,” said Maksimovich, who will soon take on more preservation work for the Edgar Miller Legacy, a nonprofit organization that works to preserve the art and "handmade homes" created by Edgar Miller, one of the nation’s foremost stained-glass designers.

Visit the Department of Anthropology to learn more about other programs offered and student and faculty research.