A student-athlete and an undergraduate researcher at the highest level

In some circles, Kevin White (’20) might be considered an overachiever. But he doesn’t see it that way; he's just someone who’s tried to make the most of his time as an undergraduate. Originally from Wooster, Ohio, White’s initial decision to attend Loyola University Chicago was largely based on athletics. A track and cross country athlete, he wanted to achieve athletically and academically (though he came in undecided) at a high level.

“I knew that if I could be happy with my athletic life, if that part was already established, then I could explore the rest,” says White. “Just from seeing how highly Loyola was ranked, I knew I could find a major that I was passionate about.”

It’s a decision that served him well. Running has been one of the many highlights of his time on campus.

“It gave me great role models and friends straight off the bat, as well as the opportunity to see a lot of the country I wouldn't have otherwise,” he says.

And just as he predicted, he quickly found areas of academic interest that suited him, resulting in not just one but three majors—Environmental Science Conservation and Restoration Ecology, Environmental Policy, and Political Science. His freshman year he took The Scientific Basis of Environmental Issues, a core class that presented an overview of critical issues affecting the environment today.

“The professor touched on all the topics broadly and I was like, ‘Oh, this is so interesting,’” recalls White.

Taking advantage of a research opportunity can have an important—and surprising impact on a student’s future. 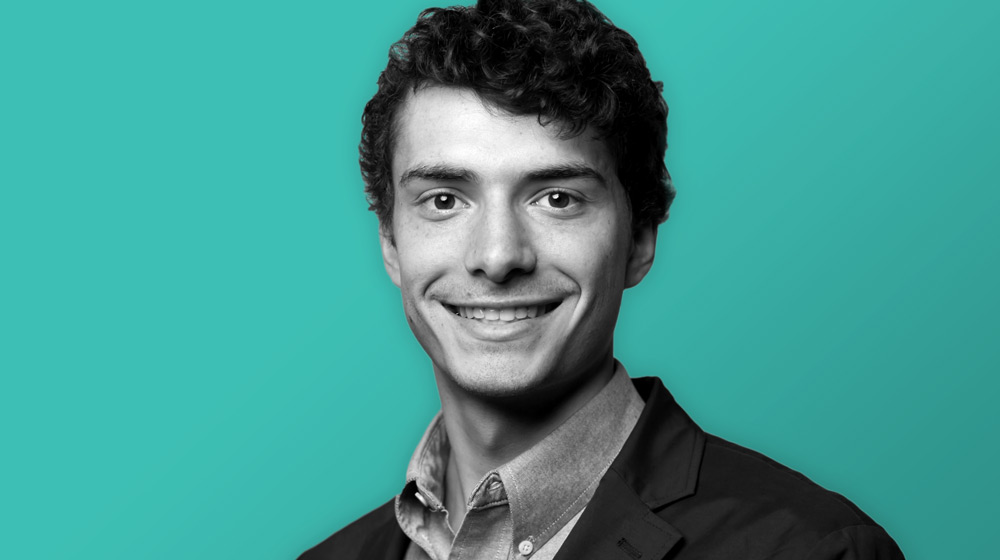 Curious, he met with the instructor, Stephen Mitten, S.J., two or three times to discuss what it’s like to be a student in the Institute of Environmental Sustainability and what his career options might be.

“It was kind of lucky that I had him for that first class because I don’t think he usually teaches it,” says White, who went on to take four more courses in a row from him, as well as conduct the majority of his research with him. “He told me that it was a growing field and a good thing to get into. And I was kind of sold after that one class.”

White’s freshman year they worked together on SOAR (Student Operation for Avian Relief) to help reduce the number of bird collisions in windows on the Lake Shore Campus, which is on a migratory flyway. He still helps out occasionally, collecting and identifying birds and adding them to the research collection as well as partnering with groups on campus to develop policy to reduce the risk posed by Loyola’s buildings.

One of his favorite experiences was studying abroad in a Peruvian rainforest, again under the guidance of Father Mitten. Focusing on neotropical, or Central and South American, ecosystems, he kept track of what birds he saw when and where into a citizen science platform called eBird.

“It was really cool because we stayed at an ecotourist field station,” says White, who was particularly interested in how sustainable the network was.

“They get funds for the hotel where tourists are coming to see wildlife—which funds ecologists and sustainable food systems—which they use to preserve the species that are there—which supports conservation because without the species there then the tourists won’t come.”

“It got me thinking more concretely about systems and more interested in sustainability and people.”

White’s most recent research involved looking at the relationships between pollinators, predominantly bees and butterflies and flowering plants on the Loyola Retreat and Ecology Campus. He created a database of plant species on campus and examined their pollen on a micro-slide.

“Each grain has its own look to it, like its own fingerprint,” he says. He then collected pollen directly off of the pollinators to identify what plants they’d been to, tracking them “like criminals at a crime scene.”

In between athletics and research, he is also a member of the Alpha Sigma Nu Jesuit Honor Society, Restoration Club, and the selective Maroon and Gold Society where he is working on a video project to teach incoming freshman about sustainability. He is also the recipient of the Student Research Award and Community Engagement Award.

Looking forward, White would like to go into urban planning and local government, with the goal of making cities into a place where all types of people can and want to live. He credits his many opportunities and experiences at Loyola for teaching him to think of systems and relationships.

“Environmental problems are just not simple. If they were I guess we’d solve them easier,” he says with a laugh. “It’s important to sympathize with all the stakeholders and understand the different sectors of life that can be involved in one environmental problem.”