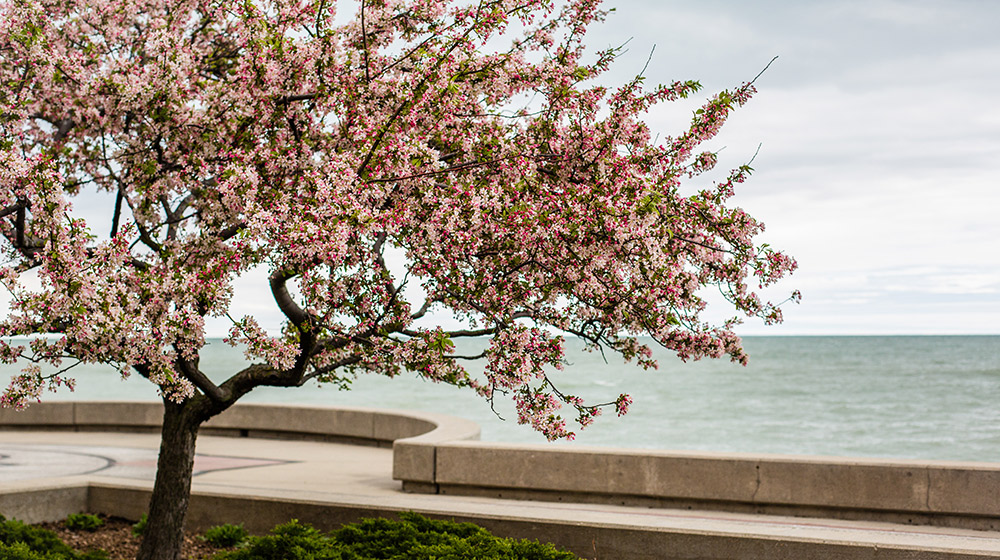 Handling stress may have more to do with personality type than circumstances, says one Loyola faculty member. (Photo: Natalie Battaglia)

Senior Mia Allen’s final fall semester at Loyola was supposed to be seamless but then her world changed. In a span of a month, her parents decided to divorce as well as her aunt and uncle. Her dog died. Then, she, too, ended her own long-term relationship. During all of this, she was holding down two part-time jobs, an internship, and taking classes.

“It was just all happening at once. It's hard to wrap my head around how these life changes have impacted me, I feel like they are still prevalent in my everyday life,” said Allen.

A few months removed, Allen is reflective and grateful for her support network and the coping mechanisms she harnessed to get her through one of the toughest times in her life.

“In the short term, I still got all As that semester. It’s high pressure stakes like this, where I feel like I panic a little bit but I also have to center myself and really prioritize.”

Indeed, it’s major, real-life changes like these that emerging adults—a term coined by psychologist Jeffrey Arnett—wrestle with and need time to learn how to manage.

For Allen, who describes herself as someone who hates change, she reached out to a therapist and honed in on her academics—the one constant in her life. This is what helped to carry her through the waves of persistent stress in her life.

“School was something that was in my control. I felt like whatever I put in it, I got out. And there were no other variables that mattered. And I like that,” she said.

Allen ultimately found some healthy ways to cope and persevere through all of the changes.

One of her professors, Colleen Conley, PhD, a clinical psychologist who researches developmental transitions at various life stages, said that overall life stressors haven’t changed much historically. But Conley said your personality does have some kind of effect on how you handle the stress in your life and the amount of stress in your life.

“We tend to think of life as events that are things that just happen to us. But that’s not necessarily true. Personality comes into play in how we interpret the events and how we cope with them. ”

“But this goes back to how certain personality types bring things to the table that bring on more stress,” Conley said.

Conley said some people are prone to negative thinking. They may think it’s their fault when bad things happen and think that things will never get better. She says they are the “Eeyores” of the world. Whereas other people have a more resilient, optimistic outlook on life. They don’t let bad things get them down because they think: This too shall pass.

Using different schools of psychological thought, Conley, who is now studying interventions and ways of coping with life stress and transitions, offers up the following tips for dealing with major life change:

@annamazingjourney: Diagnosed with breast cancer her senior year, Anna Wassman (BBA ’18) hopes that sharing her story can make a difference in others’ lives.

The path to health and well-being

Looking for more? Find tips and advice from Loyola's experts, and discover the work we do to advance health care and medicine.