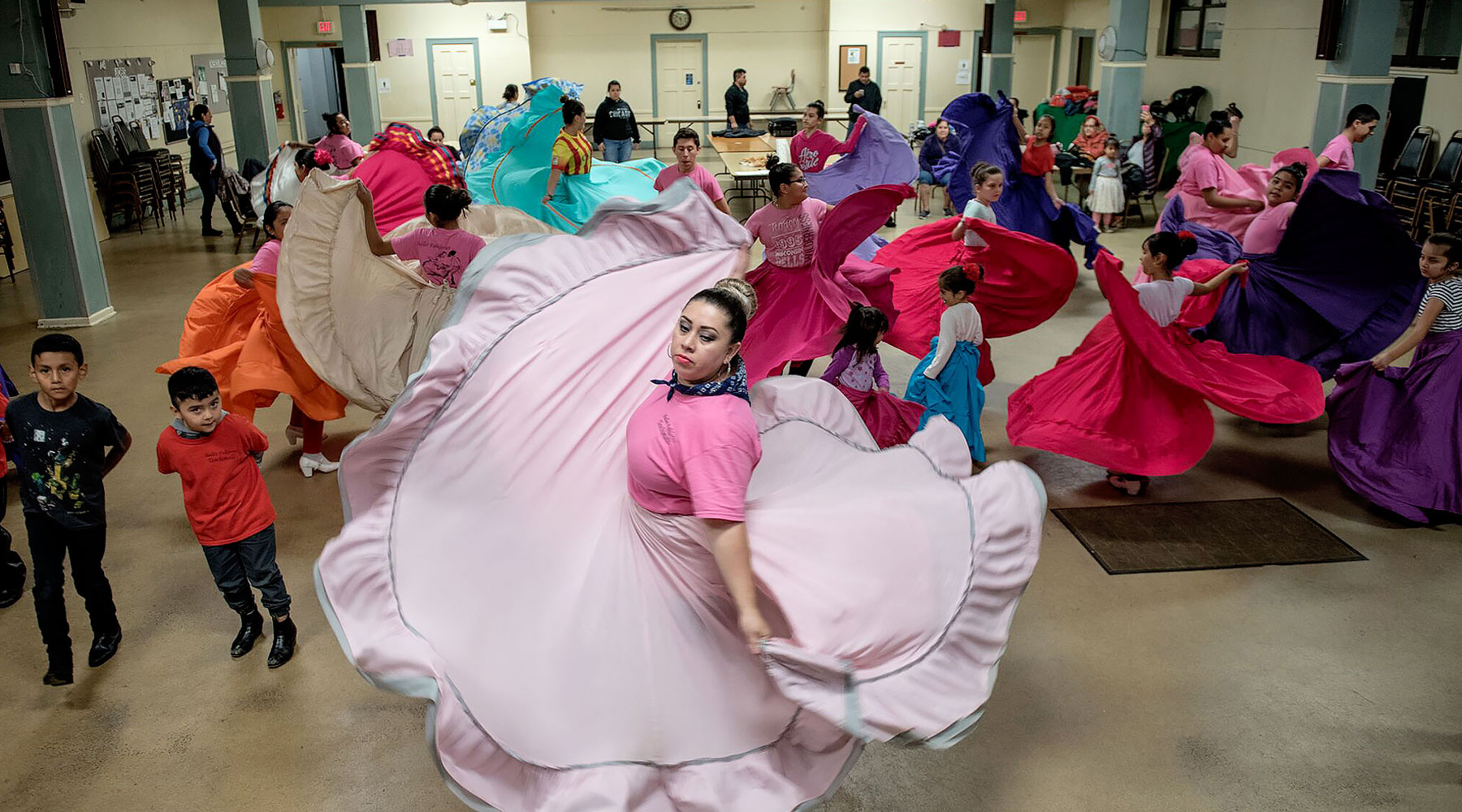 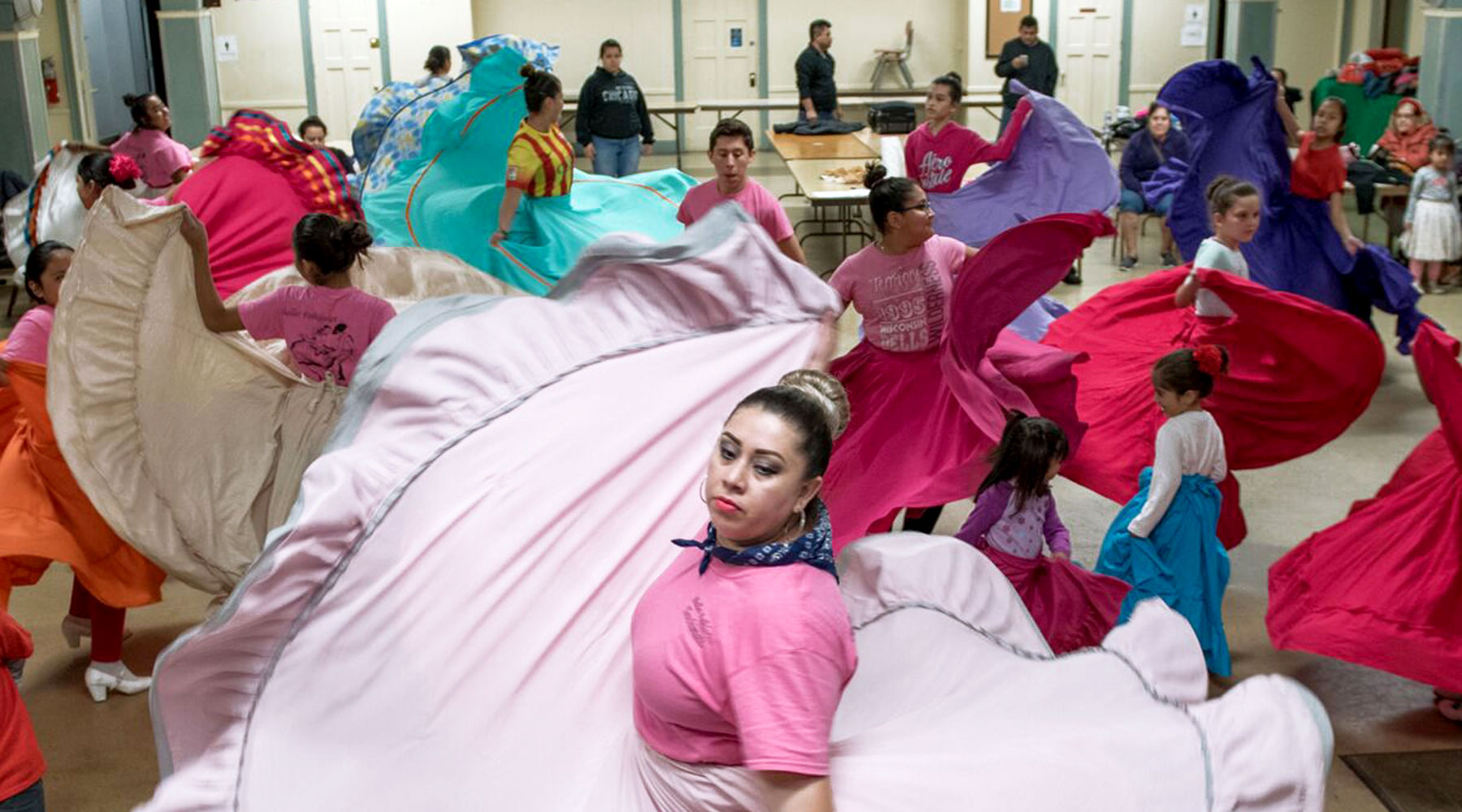 Members of the Ballet Folkorico Teochimalli practice at the Quinn Community Center. The center was honored during a November 16 award presentation at Loyola's Health Sciences Campus.

The center of a community

The small group of regulars gathered in the basement of the Quinn Community Center of St. Eulalia Catholic Church ranged from small toddlers to elderly widowers. They walked table to table and greeted one another, like a scene from a family reunion.

A few minutes later, a blessing was said and members of St. Elizabeth Seton Parish in Naperville began serving dinner. This is a regular Tuesday scene at the Quinn Center, which hosts a weekly soup kitchen for anyone who needs a meal, from people experiencing homelessness to families struggling with poverty to parishioners of St. Eulalia Parish.

The weekly soup kitchen is just one of many outreach programs the center offers. Adults can participate in ESL classes, a Spanish literacy program, dance classes, computer coding classes, and more. For children, there’s a popular summer camp that serves 160 local youth as well as art and dance classes. A community garden also benefits those who frequent the center. The center serves more than 370 people annually through these programs, 75 percent of which come from low-income households.

“The Quinn Center is an extraordinary resource for change and an important partner for Loyola and the people of Maywood.”

As one of Loyola’s valued community partners, the Quinn Community Center was selected as this year’s recipient of the Martyrs Award, an honor given to a faith-based organization or individual each November as part of Ignatian Heritage Month. The award was established in 2015 in honor of the memory of the Universidad Centroamericana Martyrs in El Salvador and parallels the University’s commitment to social justice. The recognition includes a $25,000 monetary award, which will help fund the center’s growing programs.

“The Quinn Center is an extraordinary resource for change and an important partner for Loyola and the people of Maywood,” said Jo Ann Rooney, JD, LLM, EdD, president of Loyola University Chicago. “The center’s work to build an inclusive culture of justice, health, and peace through community-based intentional action mirrors the University’s commitment to advancing the common good in service to others.”

Each year, the Martyrs Award commemorates a faith-based organization or individual in honor of the El Salvadoran Martyrs. The award, which includes a monetary prize, is given in November in conjunction with Ignatian Heritage Month. 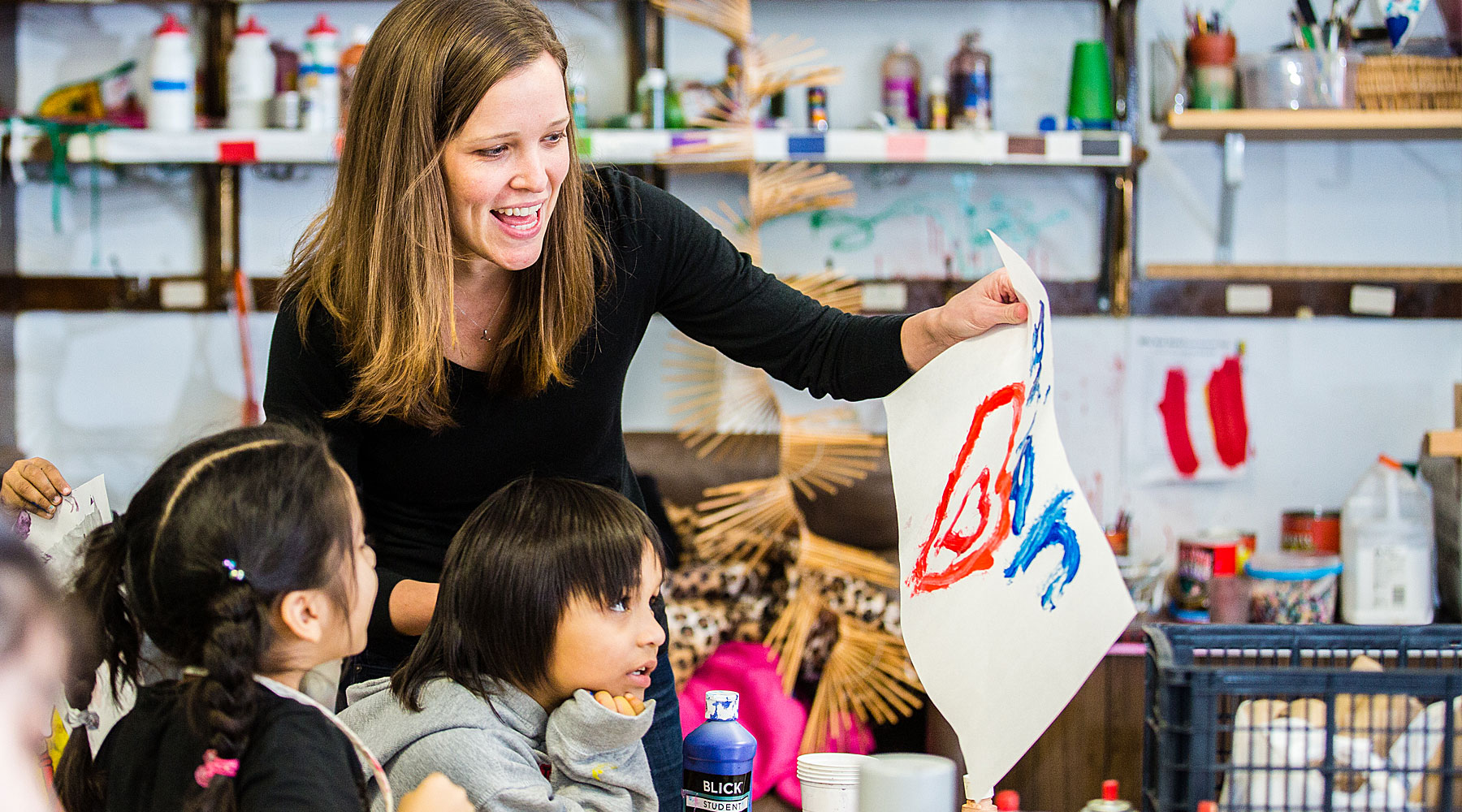 All about the people

Loyola students and faculty—many from the Stritch School of Medicine, Marcella Niehoff School of Nursing, and The Graduate School—regularly collaborate with the center on service work and research projects.

“The best part about Quinn is the people. There are a core group of very familiar faces who always seem to be around, and it's an absolute joy to work with them.”

Kate Nowakowski, a second-year medical student, wanted to be involved in the Maywood community from the moment she arrived on campus. She decided to live in the Bading House, where a group of Stritch students reside and serve within Maywood. She began attending St. Eulalia and got involved with the Quinn Center and the soup kitchen.

“The best part about Quinn is the people,” says Nowakowski. “There are a core group of very familiar faces who always seem to be around, and it's an absolute joy to work with them and see their passion for the programs and events they're running. I also seem to meet someone new every time I'm there, which is a wonderful way to connect with members of the community and get to know them.”

Dan Walsh, a physiology student in The Graduate School, is the current director of youth and adult programming at the Quinn Center.

While working on his master’s degree on the Health Sciences Campus, Walsh wanted to get involved in the neighborhood. He got in touch with Emily Obringer (MD ’11), who founded the summer camp at Quinn and was integral in many Loyola partnerships within the center.

Walsh and some other medical students ran a group called Champions for Change, a combination of healthy lifestyle education and activities for local teenagers. He went on to be a coordinator at the summer camp this year and also oversaw the teen mentor program.

“The best part about Quinn is the people. There are a core group of very familiar faces who always seem to be around, and it's an absolute joy to work with them.” 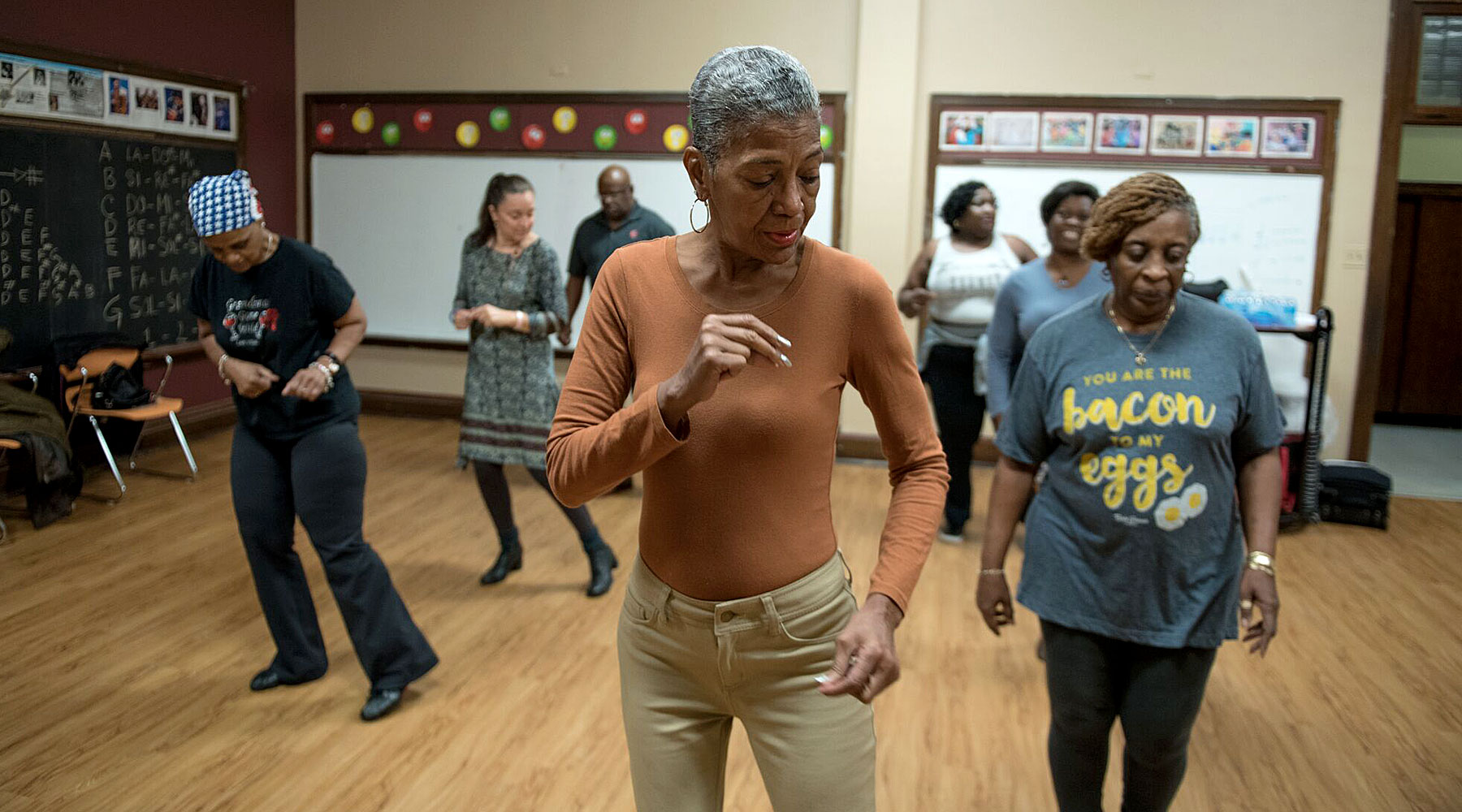 Community members who frequent the Quinn Center are familiar with the Loyola volunteers.

Martha Minnich, who runs the soup kitchen, says some of the people who come to the weekly dinners today were also there when it began in 2005. “It’s always been all ages coming here, and there’s a lot of familiar faces every week,” says Minnich. “When people come here they usually know who they’re eating with, who they’re sitting next to.”

“Given the similarity in missions of the two organizations, the relationship with Loyola can better be described as a collaboration”

The values of both Loyola and the Quinn Center intertwine, says Priscilla Taylor (BS ’74), a College of Arts and Sciences alum and chair of the Quinn Center Executive Committee. This natural connection allows Loyola students, faculty, and staff learn more about their neighbors just a few blocks away from their classrooms and laboratories.

“Given the similarity in missions of the two organizations, the relationship with Loyola can better be described as a collaboration—one which is especially evident in the programs that target community health,” says Taylor.

“Given the similarity in missions of the two organizations, the relationship with Loyola can better be described as a collaboration.” 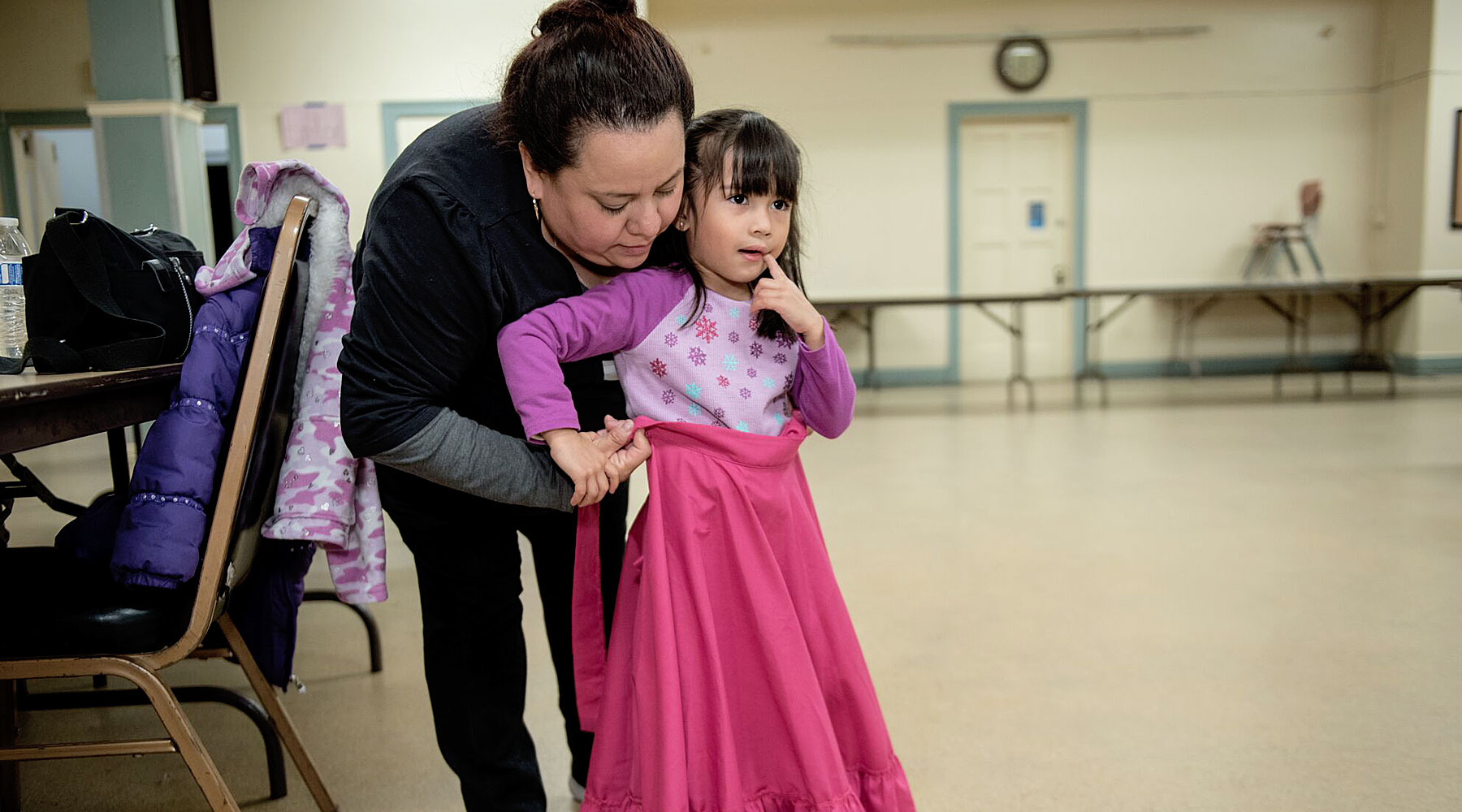 As the use of the Quinn Center grows, Loyola students are figuring out ways to best meet the needs of the community, particularly when it comes to improving their overall health and well-being. For Walsh, now a medical student, working in Maywood helped him realize he’d like to eventually practice family medicine in a similar neighborhood.

“I'd like to be able to develop long-term relationships with patients who are at higher risk for chronic diseases because of their circumstances,” says Walsh. “I really hope to help people find affordable ways to work healthy foods into their diets and consistent exercise into their lives, even though many people are working long hours and raising children.”

Nowakowski agreed that developing bonds with those who frequent the Quinn Center will also shape how she practices medicine.

“The best primary care builds on a strong foundation of trusting relationships,” she says. “These can be difficult to cultivate, particularly in communities that may not have positive experiences with health care in the past. The opportunity to know community members outside of the physician's office and understand their lives helps construct the foundation… Quinn is an immensely valuable center.”