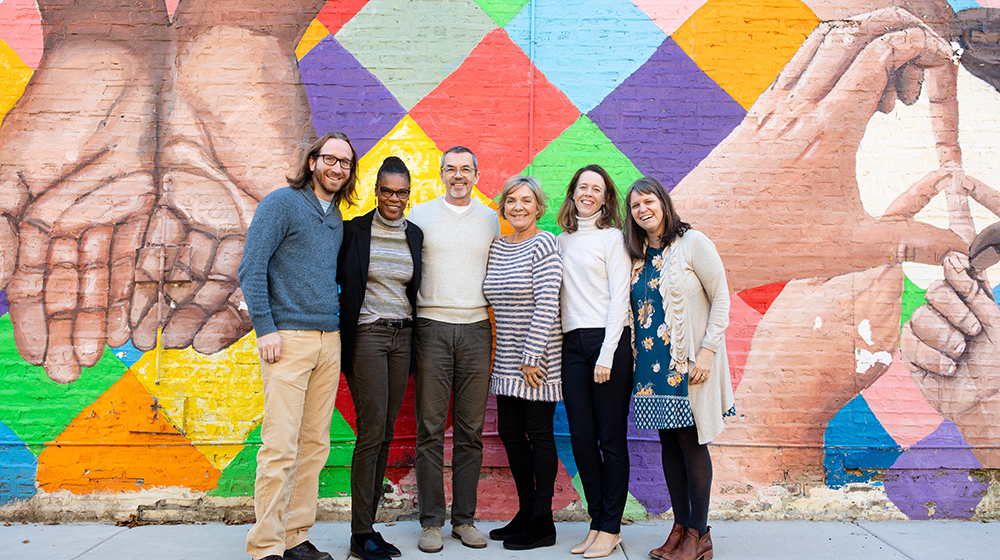 Andrew LaBarre and Queen Brown came to their first Ignatian Spirituality Project (ISP) retreat in different cities and under different circumstances, but with similar goals. Both were seeking clarity and connection.

Brown was introduced to the organization in 2015. Her life in Chicago, to that point, had been suffused with hardship: her mother died when she was 16 years old, right before Brown delivered twin girls of her own. Drugs, prostitution, and stints in prison followed. “All my children wanted was their mother, and I couldn’t give them that, because I didn’t know how,” she remembers. “I didn’t know how to deal with life situations. The only thing I knew how to do was get high to escape. I didn’t want to accept responsibility.”

LaBarre had just relocated to his native St. Paul, Minnesota, from Los Angeles, where he’d spent three lonely years homeless, drinking too heavily and periodically salvaging food from garbage cans. The pastor at St. Thomas More, his local Minnesota parish, recommended ISP as a means to strengthen LaBarre’s recovery. The retreat was held at the Dunrovin Christian Brothers Retreat Center, nestled along the St. Croix River; canoes and kayaks dotted a nearby lake. LaBarre was open with the men who surrounded him at that gathering, especially about what he calls “his gift of desperation.” So too was Brown, a couple of years prior, even though she found it painful recounting her trauma in front of women she barely knew. “But walking in Ignatius’ shadow,” she says, “you can find similarities in his story that relates to your story—the challenges and grace.”

Our Ignatian heritage: St. Ignatius’ mission can be seen in everything we do at Loyola—through students, faculty, staff, and our alumni. 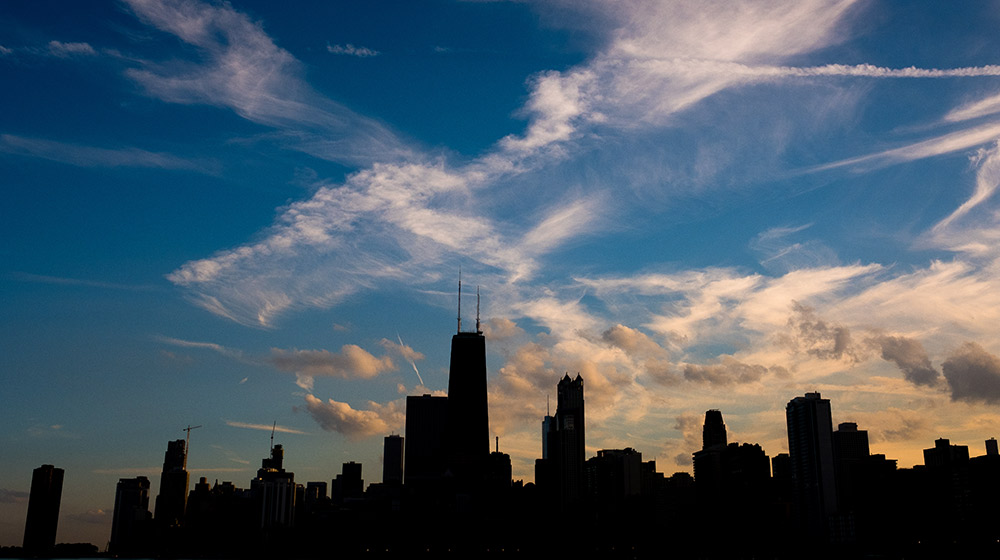 “It’s not a preached retreat. There’s really a shared sense of we’re on this retreat together.”

ISP, this year’s Martyrs Award recipient, is headquartered on a quiet block of Chicago’s Pilsen neighborhood, in the airy parish offices of St. Procopius, an imposing brick church erected in the 1880s. Six full-time staffers and a part-time bookkeeper steer the ship, which constitutes a major expansion compared to the organization’s modest origins—as the brainchild of Father Bill Creed, S.J., and Ed Shurna, the former executive director of the Chicago Coalition for the Homeless. Founded in 1998, ISP operated out of Creed’s home (and pocket) for nearly a decade; for additional reach, the Jesuit leaned on friends in other cities who were conversant in Ignatian spirituality. He couldn’t hire a dedicated staff until 2006, when the CEO of a Catholic foundation in New York City anonymously donated a substantial grant to set up a national office, having read an article about ISP’s burgeoning practice on the Catholic News Wire Service. Drexler brought his cropped gray hair and calming presence to ISP two years later, as its first executive director. “I’d facilitated retreats hundreds of times, mainly to people who could afford them, who had disposable income and disposable time,” Drexler says. “I thought how cool it would be to bring that experience to someone who could never think of going on a spiritual retreat.”

From the start, Creed’s animating principle was to reach people recovering from addiction and/or suffering from housing insecurity in a way they weren’t typically reached. For that population, basic resources (shelter, clothing) are available to access. Establishing the capacity to accept help, though, is much harder. To tune their internal engines, Creed thought to employ the Ignatian Spiritual Exercises, written by St. Ignatius of Loyola in 1540.

Ignatian spirituality—when properly taught—allows for “movement towards greater and greater freedom,” according to Drexler. (Ignatius called this shedding “inordinate attachments.”) As in more traditional 12-step recovery programs, “you take a hard and honest look at your life, at your sinfulness and your brokenness. And you do that knowing that you’re loved by God.”

Wherever ISP operates, volunteers on the ground work with local transitional housing providers to identify potential retreatants. Their targets must be 60 days sober, at minimum, and working through a 12-step program. They also need to be comfortable listening to others and sharing their own—often traumatic—stories.

Retreats are single-gender and generally start on a Saturday morning and run through Sunday afternoon. Each is held at a retreat center at some remove from the affiliate city, where the physical space and natural beauty are conducive to reflection and meditation. Every participant gets the privacy of their own bedroom. A handful of facilitators—typically three or four ISP veterans—leads the program. “It’s not a preached retreat,” Drexler says. “There's really a shared sense of we're on this retreat together.” (On average, it costs the network about $250 per person.)

While each weekend is distinct, they tend to start with introductions and the Ignatian Daily Examen, an exercise that asks for reflection on their day and God’s presence in it. A witness will deliver a personal anecdote, inviting the group to consider similar fears they’ve struggled with or overcome. Subsequent conversations can be heavy, but attempt to create vulnerability for the participants, before God and one another, and to ensure people feel commonality and dignity.

Ignatian spirituality was designed to be adaptable. In these safe and quiet settings, it can help isolated people feel that they are part of something greater than themselves. Drexler tries to get on at least one retreat a year. The catharsis is powerful: “To see the transformation that takes place even within 36 hours of being together. Just a softening, a peacefulness that seems to overcome people.”

Since that anonymous infusion of resources in 2006, and through consistently admiring word of mouth, the number of cities with an ISP presence has surged over the past decade, from eight to 29. (Dublin, Ireland, opened an outpost this past summer.) In 2018 alone, the organization hosted 2,000 participants on 235 retreats, in dozens of memorably distinct retreat centers. An army of 800 volunteers keeps cost low; ISP’s shoestring operating budget sits just below $1 million annually.

Despite all that activity, ISP doesn’t expand lightly: according to director of development Catherine Ruffing, an aspiring affiliate undergoes a discernment process that can extend over 18 months: “We have to ensure the right pieces are in place—the retreat houses, the agencies and shelters, and the volunteers that can shepherd the program.”

It’s their ambition, though, to grow the institution’s reach both wider and deeper. Within the past year, ISP launched a pilot leadership program called Ambassadors of Hope, in which seven former retreatants receive training in pastoral ministry and public speaking. Like Brown, these are folks who successfully bore witness and were “hungry for more.” ISP has also started the difficult work of evaluating their own effectiveness. With the help of Loyola University Chicago’s Center for Urban Research and Learning, they’ve designed the framework for a longitudinal research study that would measure their alumni’s spiritual growth, a crucial but necessarily squishy metric. Recognition from the Martyr’s Award, as well as the accompanying $25,000 grant, will go a long way towards sustaining these ongoing projects. 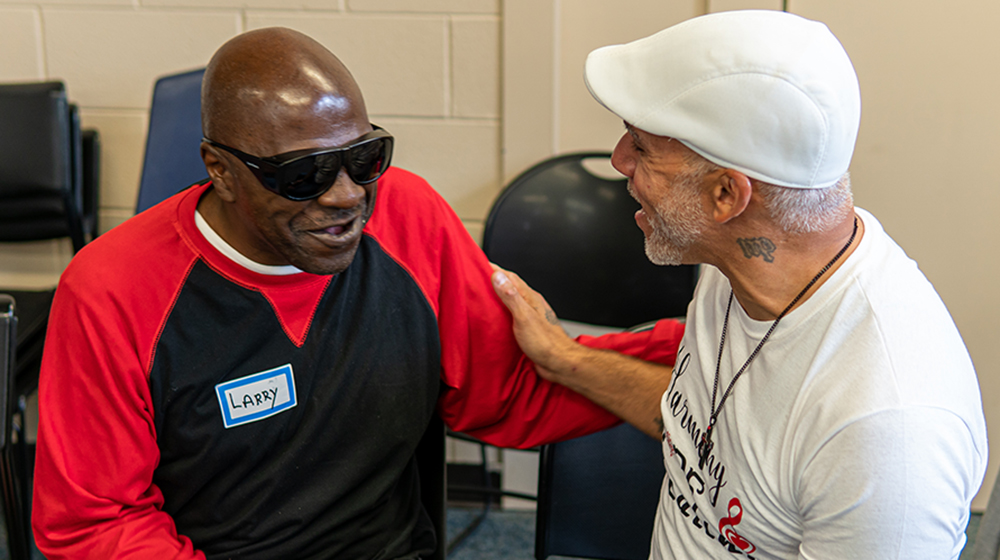 As their lives have gained some desired stability, LaBarre and Brown have deepened their involvement with ISP. Brown joined the first Ambassadors of Hope cohort, which has put her in contact with even more people carrying the heavy burdens to which she can relate. “I think that’s my gift, just to help,” she says. “To reach those that I can, and pray for those that I can’t.”

In between shifts on the maintenance crew at St. Thomas More, meanwhile, LaBarre leads recruitment efforts for ISP’s Twin Cities chapter, scouring shelters and sober living homes for people who “are ready for what it is that we’re offering.” He also facilitates different group settings on retreats, which grow in power the more he performs at them. Before morning mass, he’ll share a hug and a coffee with his mother—“it wasn’t so long ago that we just weren’t in each other’s lives, by my doing.” He’s almost four years sober now. “The little things I do radiate far and wide, and that is because of ISP. It’s beautiful.”

About the Martyrs Award

Given in honor of the slain Salvadoran martyrs and their commitment to service and social justice, this award commemorates a worthy faith-based organization or individual. Learn more about past honorees.