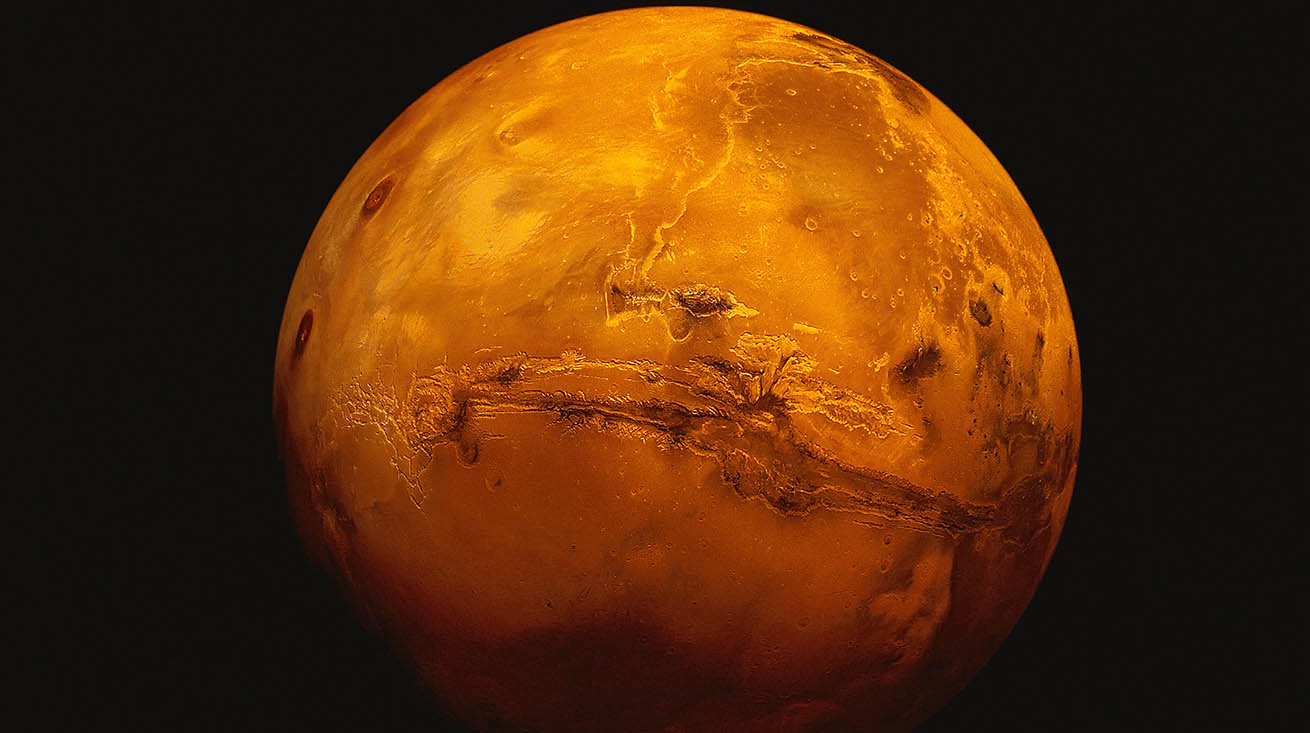 The NASA MAVEN mission, headed by geological scientist Bruce Jakosky (pictured below) is studying the atmosphere on Mars in search of an explanation of what caused the planet to experience climate change. (Mars photo: Getty Images; Jakosky photo: Lukas Keapproth) 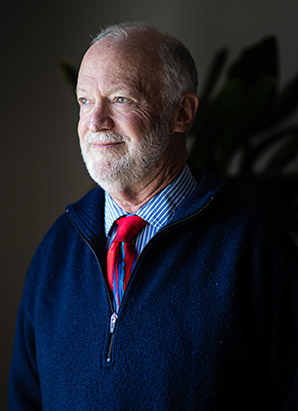 Bruce Jakosky came of age in the afterburners of NASA’s glamorous, adventurous Apollo program. Like many in his generation, Jakosky, a professor of geological sciences at the University of Colorado, Boulder, was fascinated by astronomy and the skies overhead. For the past five years, he’s served as the principal investigator of NASA’s Mars Atmosphere and Volatile Evolution (MAVEN) mission, which orbits our celestial neighbor and studies that planet’s loss of atmosphere. This fall, Jakosky visited Loyola University Chicago to speak about the intersection between science and the humanities and the ramifications of finding life in the cosmos. We caught up with Jakosky the following day.

What are the overarching goals for the MAVEN project? What are you starting to find?

The fundamental goal is to understand why the climate on Mars changed. Early Mars appears to have had abundant liquid water, which means it has to have been warmer than it is today. Today, Mars is a cold, dry, desert planet. So the question is: where did the water go? Where did the carbon dioxide that formed an early and thicker atmosphere go? We’re looking at the role the sun has played in removing the atmosphere to space. [With MAVEN], we’ve been in orbit for five Earth years, or about two Mars years. What we’ve found is that the sun is very effective at stripping gas away. Over the last 4 billion years, that probably has been the major sink for CO2 and water. It’s been lost to space, which has been a driver of climate change on Mars.

If life exists beyond Earth, what is it most likely to be?

On Earth, the first life is what we would think of as microbes. When we’re looking for life elsewhere, people are especially interested in intelligent life. But the most common life, if there is life out there (which I think there probably is), is likely to be microbes. That doesn’t keep people from looking for intelligent life, but people are looking for microbial life, as well. In our solar system, we’re able to look at places that meet all the environmental requirements for life: Mars, Enceladus, Europa. With the discovery of planets around other stars, all of a sudden we have a lot more places to look. I think within our lifetime, maybe your lifetime if not mine, we’re likely to have the capability to detect life elsewhere, if it’s there.

Why is it important to search for it?

We’re interested in planets in our solar system because we want to understand how planets in general evolve. Because we sit and live on a planet, we’re interested in planets elsewhere and around other stars for the same reason: we want to understand what’s out there and what it tells us about the world we live on. In the same sense, I think we’re interested in the potential for life elsewhere because we are an example of life, and finding life elsewhere would tell us a lot about who we are. That’s the fundamental question. And then of course, if we find intelligent life, even more so it would tell us about who we are.

Are there big misconceptions about the work that you and your colleagues at NASA do?

The public in general thinks that NASA has a much bigger budget than it does. I’ve seen polls in which people think that NASA’s budget is 10 percent of the federal budget, for example. In reality, it’s closer to one-tenth of 1 percent. Even so, let’s look at the wonderful things we’re doing with it. We have robotics programs. Right now, in our solar system, we’ve got a whole bunch of spacecraft orbiting and studying Earth. We have a spacecraft that just flew by Pluto. We’re developing a spacecraft to go to Titan and more Mars orbiters. A number of countries have launched spacecraft this year to the Moon, and we’ll be doing the same thing in the next couple of years. In many ways, this is the heyday, the golden age of space exploration. We’re exploring the solar system for the first time and we’re learning in detail how planets work.

Do you have any favorite pop culture representations of space? Are any particularly good or bad?

They are all particularly bad! [Laughs] But I’m as big a fan as anybody of sci-fi movies. Have you seen Total Recall with Arnold Schwarzenegger? That’s a wonderful movie. I’ll point to that one, and to Independence Day.

Space exploration: Find out what Loyola professor Martina Schmeling has learned from her study of material gathered by NASA's Genesis spacecraft.