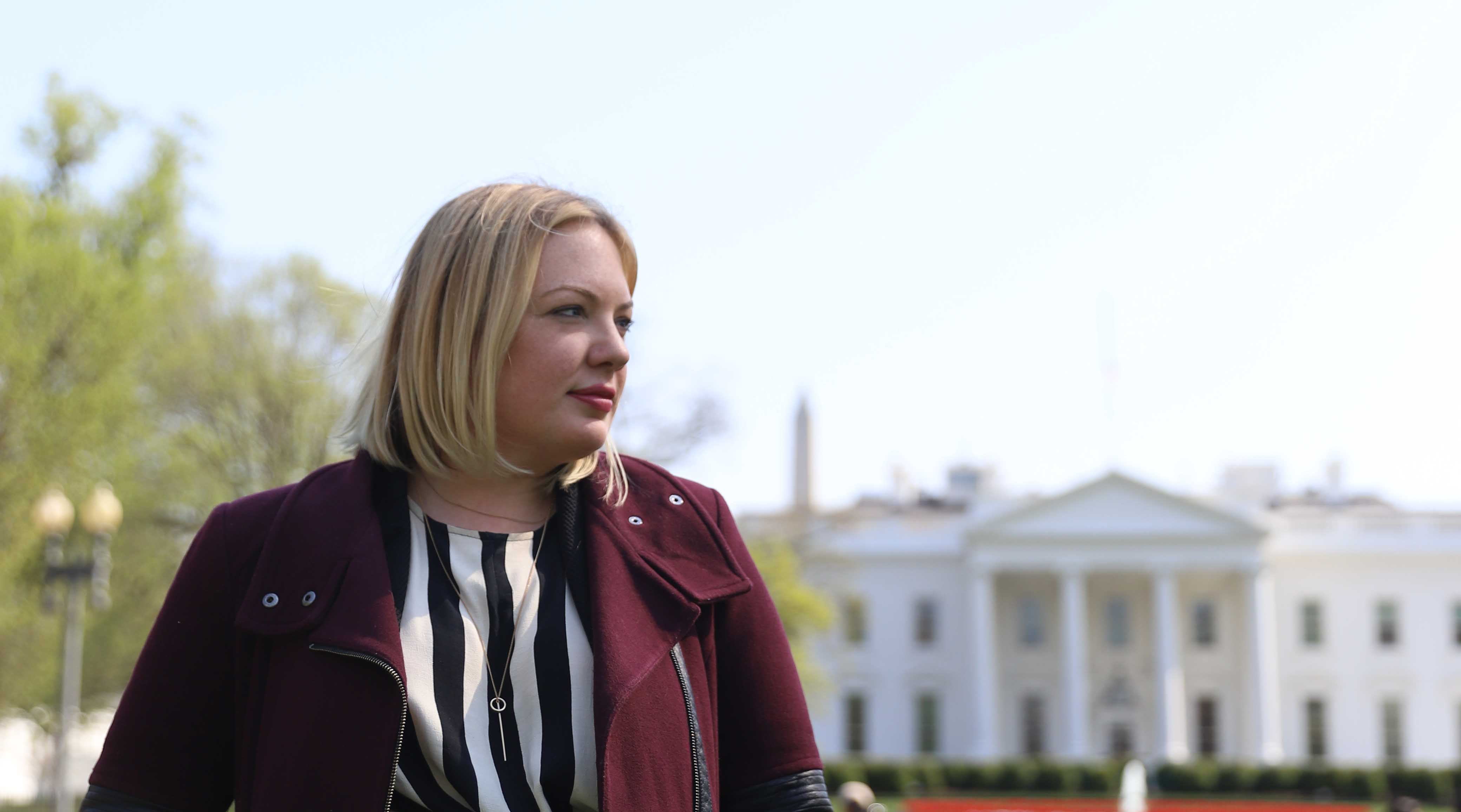 From Loyola to the White HouseJournalist Katie Rogers (BA '07) puts her skills to the test every day in the nation's capital, where she serves as a White House correspondent for the New York Times. (Photo: Alex Wroblewski)

Katie Rogers (BA ’07) has a front row seat to one of the most newsworthy presidencies in American history. This past January, Rogers was named a White House correspondent for the New York Times, giving her an opportunity to report on a story that is as exciting as it is challenging. We caught up with Rogers to ask her a few questions about life in Washington and telling the story of the Trump administration.

What makes you get up in the morning?

I feel really lucky because I love what I do. And when it comes to this particular moment we're living in Washington, there's always more to discover, more stories to write, more work to do. I get out of bed because this is a fast-paced gig! The president doesn't sleep much and starts tweeting early—6 a.m. usually—during his "executive time" hours, after all.

Did you ever see your career taking you to the White House?

No, I really didn't. I always had hoped to work at the Chicago Tribune! I moved out to the East Coast in 2010 because there were jobs and the rest is a blur.

But seriously, I think my career has been a result of a lot of hard work, good timing, and being open to taking some time to get where I am. The last year of my life has been one crazy surprise after another—I didn't think I'd be leaving the NYT newsroom in New York City and moving to the Washington bureau a year ago, for instance—and being named to the White House beat was the latest one.

I started my job in January, so just a few months ago. I think one of the great things about being new to this beat and relatively new to this town is that I still see it with fresh eyes. (I think a lot of the people who work in this administration do, too.) President Trump's administration is so different from any other that came before it, and I think we're all trying, every day, to best figure out how to best convey the rapidly unfolding story of the Trump presidency to a pretty divided American public.

“I think we're all trying, every day, to best figure out how to best convey the rapidly unfolding story of the Trump presidency to a pretty divided American public.”

How do you think Loyola prepared you for where you are today?

I'm from northern Indiana—home to endless toll roads, corn fields, and some of the best people you will ever meet. Chicago was the first big city I'd ever been to and the first one I lived in. So Loyola offered the best of two worlds: The school sat on a small campus, so when I wanted to feel like I was getting a traditional experience, I could hang out uptown. And when I wanted to go downtown, the city was right there waiting. I picked the school sight unseen. Chicago was just where I wanted to be.

Beyond that, I didn't really know what I wanted to do. So I got really lucky when Loyola added a journalism major during my sophomore year. I had a few really wonderful professors, including David Eason, Phil Ponce, and Lou Carlozo, who are terrific journalists and absolutely love what they do. (They couldn't not be reporters and writers, you know?) I knew I wanted to write but I fell in love with reporting because they made it seem like the best job in the world. (Spoiler alert: It definitely is.) I will never forget Lou taking us on a field trip to the Tribune building: It was game-over for me from the moment I saw the inside of a newsroom.

They were also working professionals in their field, and were so generous with teaching me the basics, editing my copy and helping me get my first published clips. I owe my interest in this career to those three, and I've kept in touch with all of them over the years.

This is a tough industry, but don't believe that it is dying. There will always be room for hard workers who are good colleagues, and curious journalists who are passionate about storytelling. And I would Add two things:

1. Don't be afraid to try something that doesn't look or sound like your ultimate dream job. You never know where it can take you.

2. If you ever get the chance to work at a local media outlet, do not be afraid to start small.