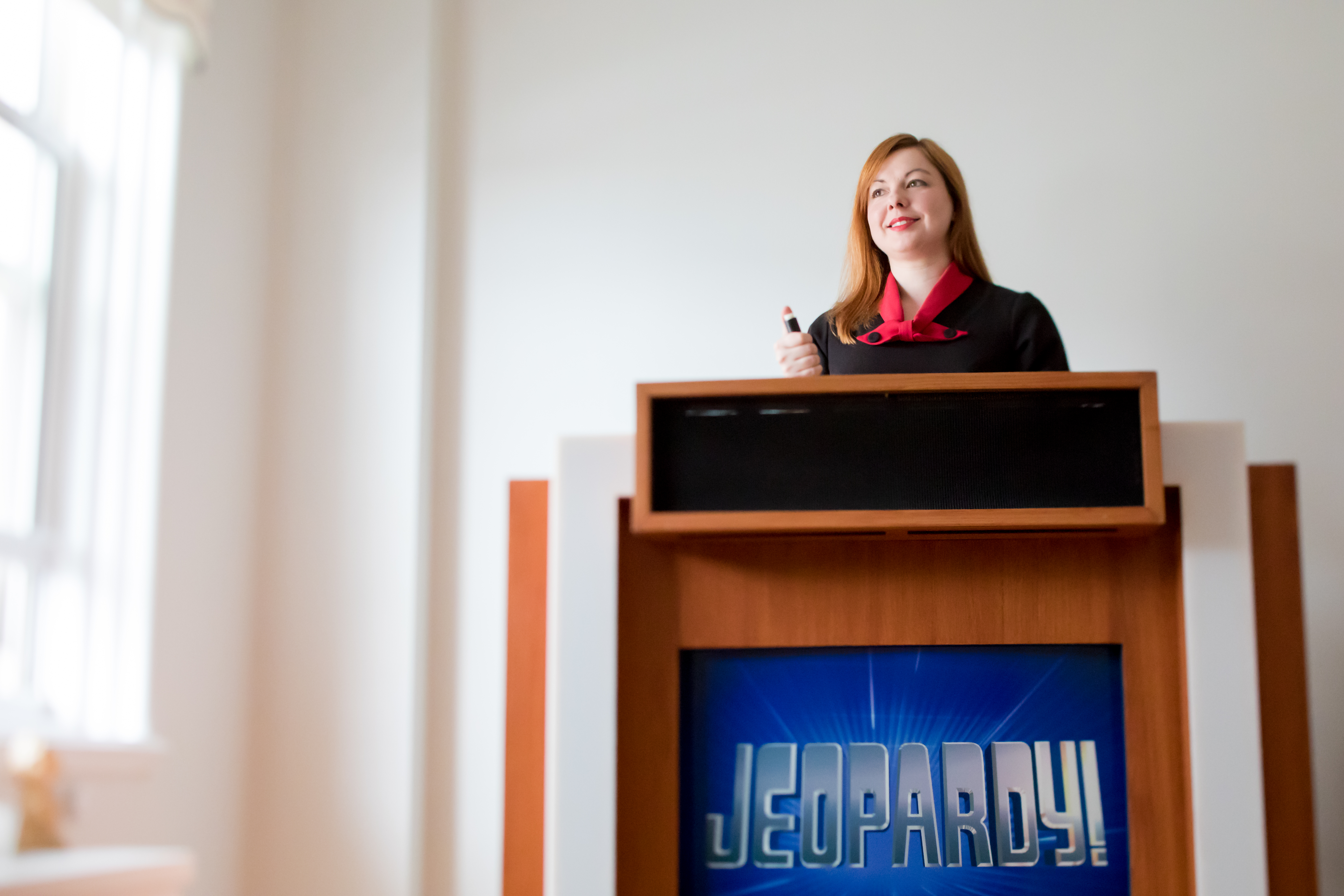 In her childhood bedroom at her parents' Rogers Park home, Pam Mueller (BS '02) houses a keepsake from her first of several appearances on the game show Jeopardy!: a podium from the set that she bought with her winnings. Mueller has earned more than $215,000 in her appearances on the show, which include this year's Jeopardy! All-Star Games. (Photo: Lukas Keapproth)

Answer: This Loyola alum is a Jeopardy! All-Star

Entering the Jeopardy! College Championship in 2000, Pam Mueller (BS ’02) was—uncharacteristically—not oozing confidence. “I thought I was going to lose to the Harvard guy,” recalls Mueller, who at the time was a student at Loyola University Chicago. And in fact, that’s what happened in the first round. “But I beat him in the final,” she adds, “and that’s what counts, right?”

The College Championship turned out to be the first of many Jeopardy! appearances for Mueller, and her lifetime earnings of $215,535 put her among the show’s elite winners. Mueller was again called back this March to participate in the show's first All-Star Games, which had a team format—something rather alien to Jeopardy! alpha predators accustomed to battling on their own.

“In some respects it was more stressful than doing it yourself because you don't want to let your teammates down,” Mueller says. “But it was kind of nice as well, to know that you also had teammates backing you up if you didn't have a great round.”

Mueller and her two colleagues acquitted themselves honorably and then some, earning a tidy $100,000 in the process. They finished third behind all-time top earner Brad Rutter’s team, while second place went to the squad of all-time winning streak champion Ken Jennings.

It’s no accident that Mueller has been so successful at Jeopardy!, as her broad range of interests has been part and parcel of her academic and professional career. After graduating from Loyola, she worked on Howard Dean’s presidential campaign, and then attended Harvard Law School. When Mueller told the career services adviser at Harvard that she was considering a doctoral program, he told her she was ruining her life and throwing away a Harvard Law degree. “In the end I took a job with a law firm—mainly because I wanted the street cred of having passed the bar.”

It wasn’t long, though, before Mueller returned to academia, earning her doctorate in social psychology at Princeton. “One day my mother reminded me that when I was in high school I’d said that I wanted to think like a lawyer, but I didn’t want to be a lawyer,” she says.

“Loyola was a great place for me to start. It’s an institution where you get a lot of individual attention, which gave me the confidence to take charge of my future.”

Mueller is now combining her expertise in law and psychology at RAND Corporation in California, where she researches criminal and civil justice policy. And she hasn’t forgotten where her journey began—even before the Jeopardy! fame. “Loyola was a great place for me to start,” she says. “It’s an institution where you get a lot of individual attention, which gave me the confidence to take charge of my future.”

And for anyone else hoping to follow in her footsteps by scoring big on the iconic game show, Mueller has a little advice. Aside from knowing a great deal about many, many diverse things, Mueller says it is the subtle skills that separate Jeopardy! pros from also-rans—like buzzer technique.

Mueller also does not advise buzzing before you are sure of the answer. “Sometimes I have just buzzed because I felt I needed to get in,” she says. “It’s rarely a good decision.” 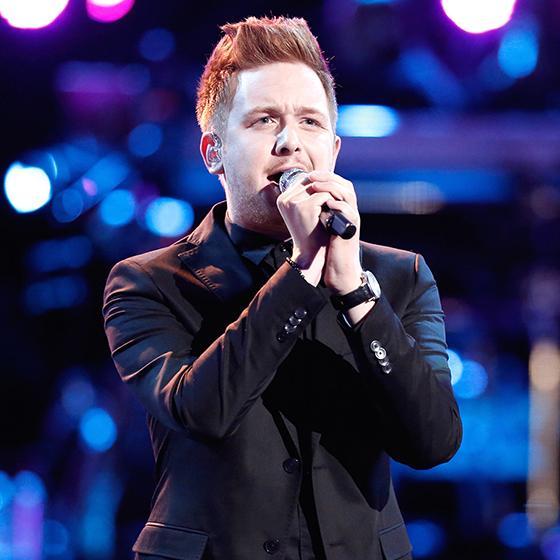 This former PR major changed the course of his career with a standout singing performance on NBC's The Voice.