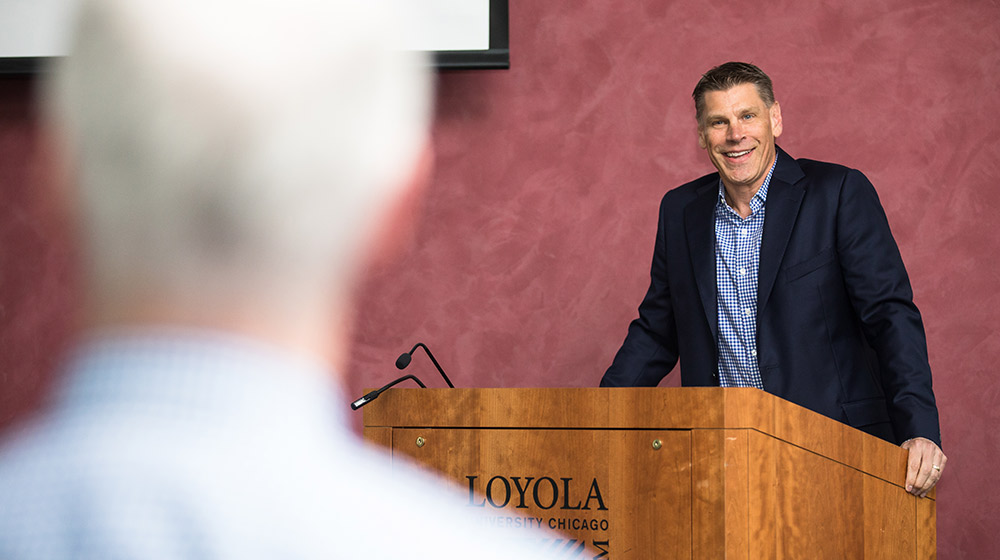 The 2018 NCAA Final Four run by the Loyola men’s basketball team captured the country’s attention. The unforgettable Cinderella story included three game-winning, buzzer-beating shots. Sr. Jean. The Created by Culture mantra. A team that excelled on the court and in the classroom.

It also showcased the leadership and vision of head coach Porter Moser.

Moser offered the following seven tips for building a winning culture at a welcome reception for Quinlan School of Business graduate students.

The leader’s beliefs, values, behaviors, and habits set the tone for an organization’s culture, says Moser. He lives the culture he wants to create—from acting ethically to sharing credit. Moser also models his untiring commitment to the basketball program: he speaks at every freshman orientation he can and has even handed out hot dogs in the Damen Student Center to encourage game attendance.

To create the high-energy, high-character, team-focused culture that Moser wanted, he knew that he had select coaches and players who already embraced this culture. “I look for people who are winners and have strong characters on the floor and off,” says Moser.

“Leading is about more than just the person at the top,” says Moser. “Because my staff and team feel empowered to come to me with suggestions, they all work harder and make the program better.”

More from the event 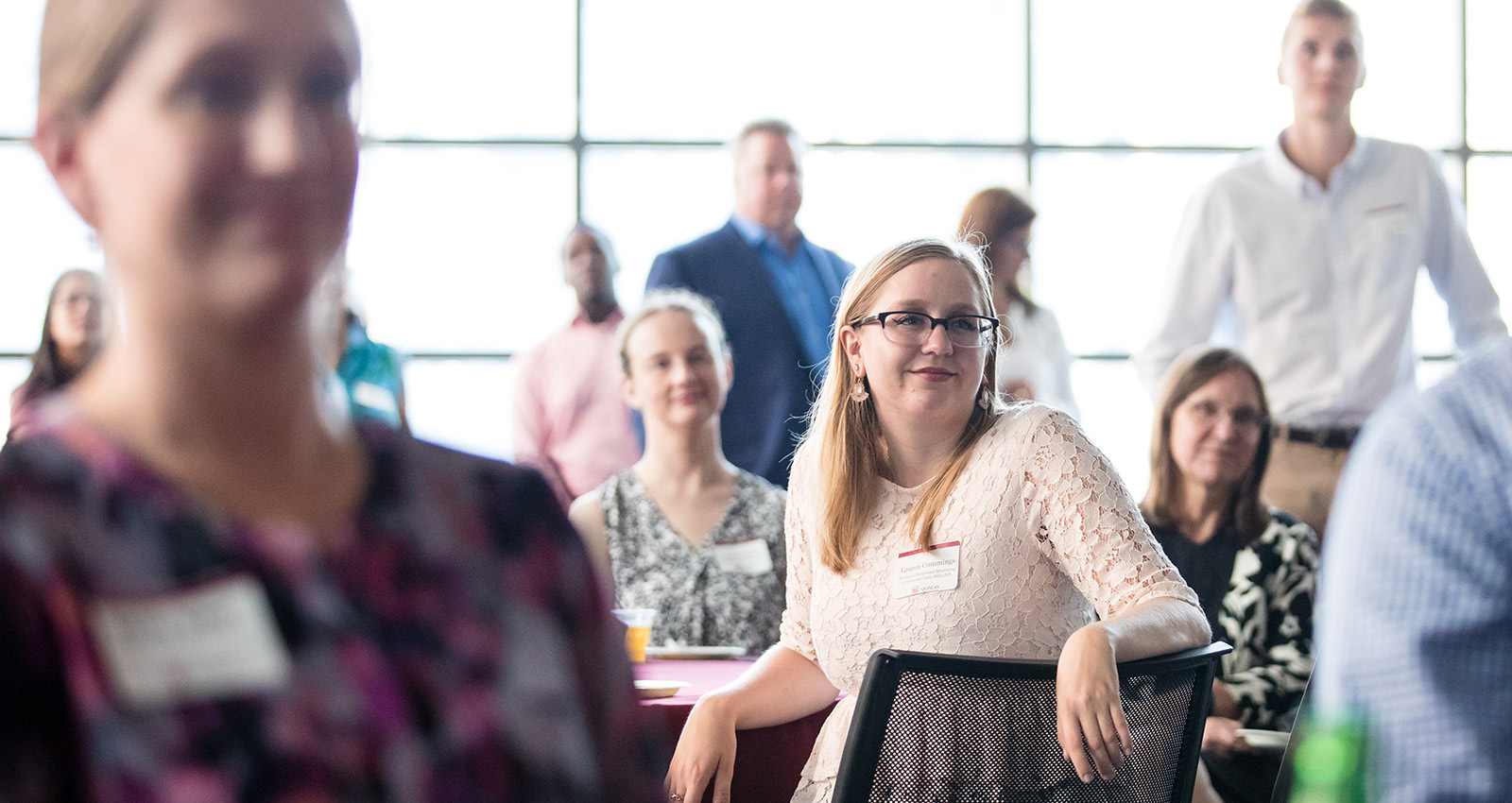 ‘There has never been a better time to be part of Loyola. I’ve said this for years, and it’s still true. There are even greater things to come.’

4. Be inspired by the past, and focused on the future

Moser returns to the 1963 Loyola championship team to motivate his team and himself. “I have a photo of the ’63 team surrounded by a sea of people on Sheridan Road welcoming them back to campus,” says Moser. “I wanted to return the program to that level of excitement.”

5. Be obsessed with getting better

Moser focuses on what he calls the “journey of learning.” Tapes of games and practices are called “Get Better Tapes,” and he expects his coaches and players to be lifelong learners. “You can’t win every game,” says Moser, “but if you capture the process that led you to success and set out to get better every day, you’ll have a huge competitive advantage.”

6. Leave entitlement at the door

Moser quotes legendary Clemson football coach Dabo Swinney: “Let the light that shines in you be brighter than the light that shines on you.” Moser challenges his players to not get caught up in what’s going on around them. Instead, he wants his players to focus on what’s inside them—from their team-first attitude to their pursuit of success—that earned them the national spotlight.

“There is no bending on academics in my program or at Loyola,” says Moser. “We are doing it the right way with student-athletes.” In 2017, the NCAA recognized Loyola for its 99% Graduation Success Rate (GSR) for athletes, which tied Loyola with Harvard and Yale.

More from the event