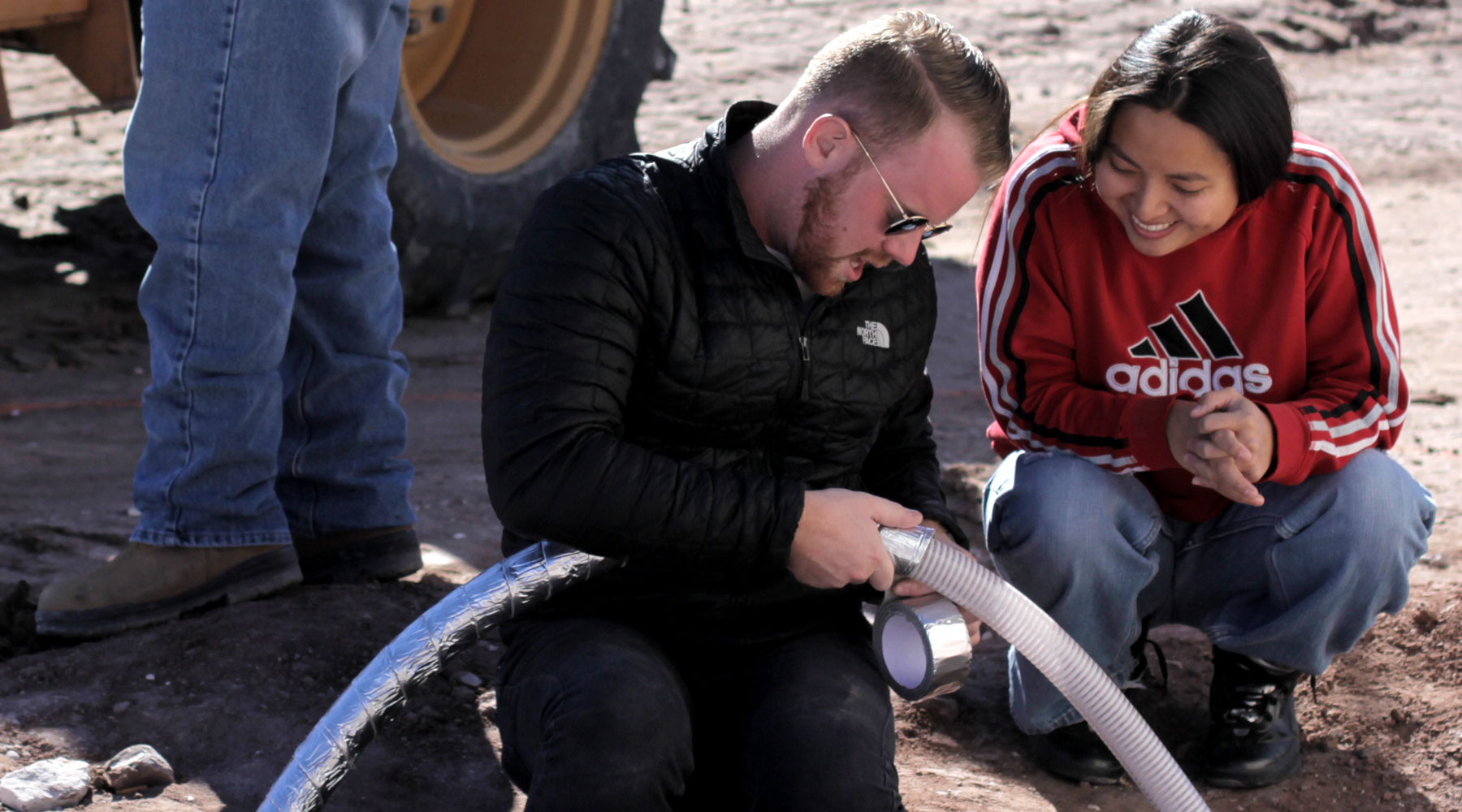 More than a million Americans don’t have access to clean running water. George McGraw (BA ’09) has a plan to change that.

George McGraw (BA ’09) hadn’t done his research. Part of his honors capstone at Loyola was a research project on a human right chosen from the Universal Declaration of Human Rights. “I picked water at the last minute and turned it in to [Associate Professor of Political Science] Alex Grigorescu. I got it handed back with a big ‘See me’ on it,” McGraw said. “Water, as it turns out, was not on the list and was not, by the dictates of that document, considered a human right.”

“He said, ‘As punishment, you are going to write about how water should be a human right and how you would protect it,’” McGraw recalled. “I assumed, because there was water running through my taps, that water was a human right. But that hasn’t been the case for most of human history.”

In fact, not only is water access a problem in developing countries, but nearly 1.3 million Americans do not have running water or basic plumbing at home.

McGraw may have botched the assignment, but he ignited a passion for water access advocacy: Today he is the founder and executive director of DIGDEEP, a Los Angeles-based human-rights nonprofit working to bring clean water access to all Americans.

“This isn’t a handout or a temporary action—it is a radically personal engagement with the other in a way that is loving and present.”George McGraw (BA '09)

U.S. households do not have complete plumbing facilities, meaning they lack running water, a tub or shower, a toilet, or some combination of these. (2014 U.S. Census American Community Survey)

When McGraw first launched DIGDEEP in 2011, they worked exclusively in Africa, helping communities in Cameroon and South Sudan build wells and set up water delivery systems. The organization was making a measurable impact, and McGraw was featured in the Spring 2014 issue of Loyola magazine and delivered the 2014 Commencement address to Loyola’s College of Arts and Sciences. But that same year, a supporter asked DIGDEEP to use her donation to bring clean water to a community on the Navajo Nation in New Mexico. McGraw says visiting the Navajo Nation was a wake-up call that completely changed the focus of the organization.

“Our eyes were really opened to the fact that, while there are hundreds of millions of people around the world that still don’t have access to safe, clean water or sanitation, a couple million of them live right here in the United States,” he said. “We were appalled and really surprised to find some of the same conditions we were facing in some of the least developed countries in the world, but right in our own backyards.”

DIGDEEP launched the Navajo Water Project in 2014, which serves seven towns in rural New Mexico and Arizona. This year, they started working on the Pine Ridge Reservation in South Dakota, and they have field researchers pinpointing the areas of greatest need in California and Texas.

“An average client of ours gets by on less than a gallon of water a day, and the average American uses about 100 gallons of water a day, more than anyone else in the world. The fact that these two existences are so opposite each other, but exist in the same country, sometimes in the same school district or the same zip code, is pretty crazy,” McGraw said. “A lot of our clients, their kids wake up every morning and go to a public school with a bunch of other kids who had a shower and a glass of water and a healthy breakfast that morning. It is not isolated pockets of people–these are our neighbors, they have an address and they pay taxes.”

Some of these neighbors live in rural areas, miles from the nearest water or sewer line, like the residents of the Navajo Nation. Or, in the case of cities like Flint, Michigan, they are in socioeconomically marginalized communities. 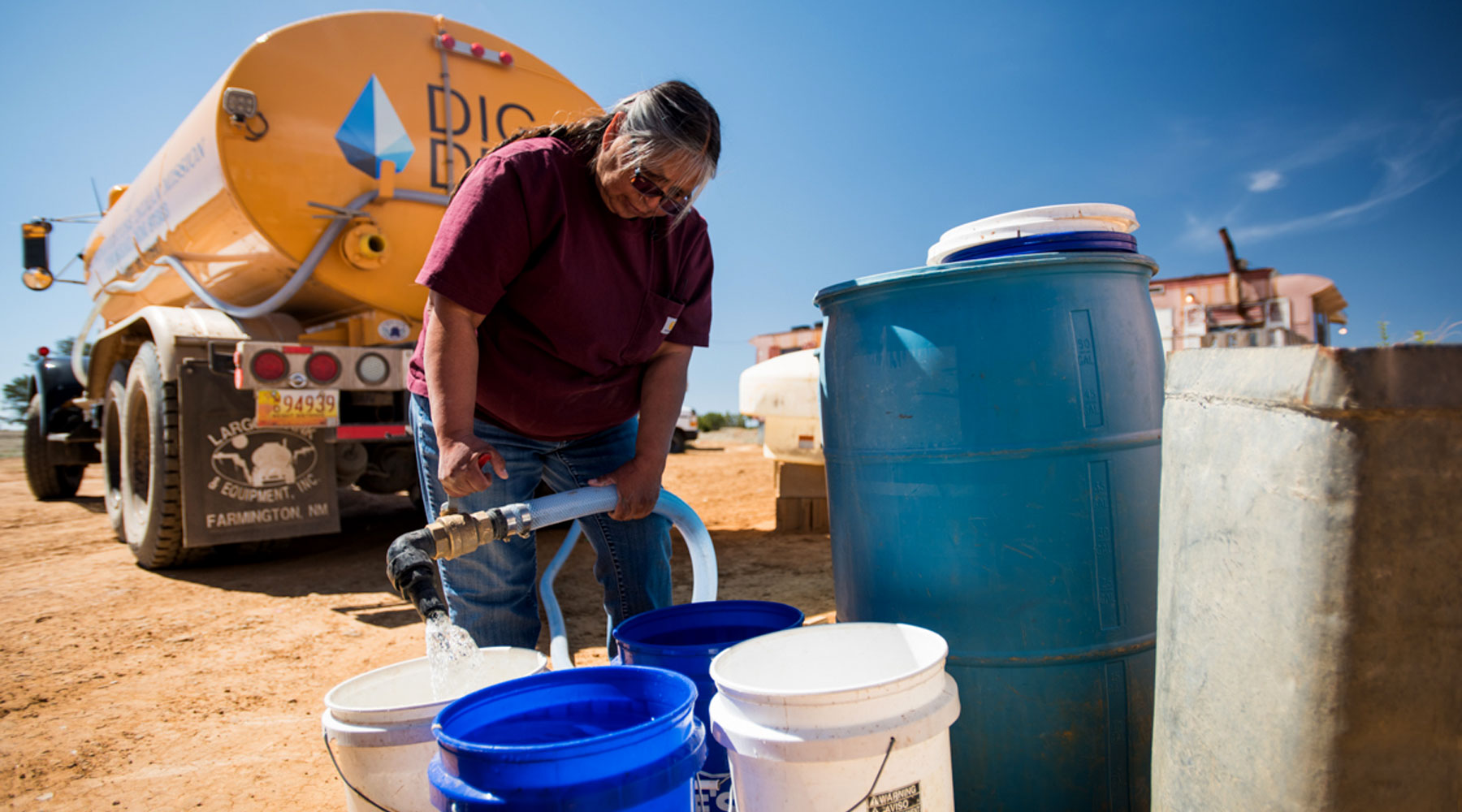 of water is the average amount an American uses in one day.

of water is the amount most residents of the the Navajo Nation in New Mexico use in a day.

is the cost of installing an indoor plumbing system in a home on the Navajo Nation.

This realization inspired McGraw and DIGDEEP to shift their focus closer to home, and they are now the first and only water access organization in the United States. They wrapped up all international water projects and turned over management to the local communities. This transfer was made easier by the human rights-based approach that DIGDEEP takes with all their water projects.

“We don’t approach any project, even if it is right next door to our last project, the same way. The community that we are partnering with provides guidance on how each project is designed,” McGraw said. “The community tells us what their experience is, how they make decisions, what problems they are facing, and how they want to solve them and how we can support them.”

It’s an approach rooted in the way McGraw was taught at Loyola.

“This isn’t a handout or a temporary action—it is a radically personal engagement with the other in a way that is loving and present. In order for someone in the United States who suffers from lack of access to water and sanitation not to feel poor anymore—to not have their dignity impacted or affronted—they need to have hot and cold, safe, abundant, running water at home.” 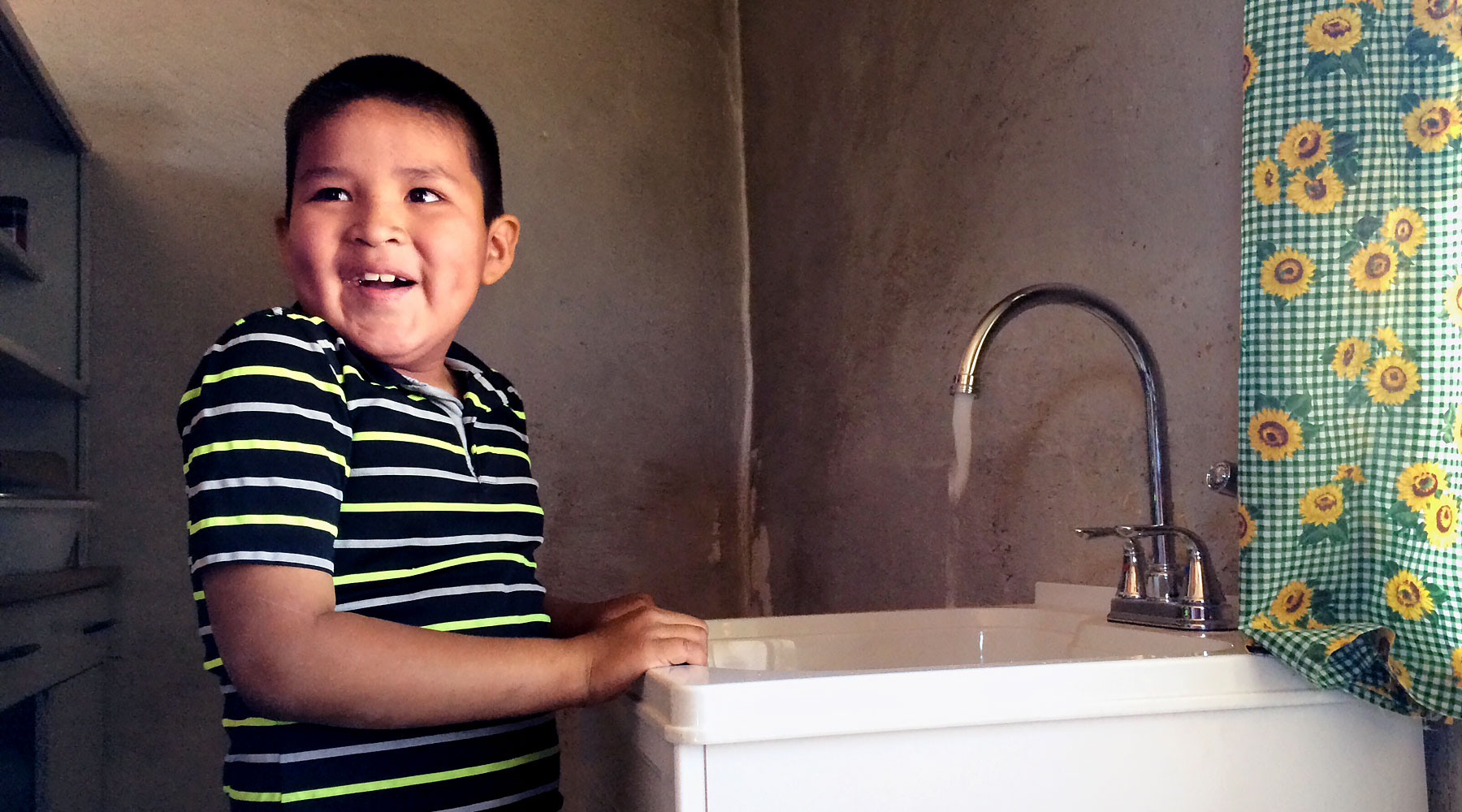