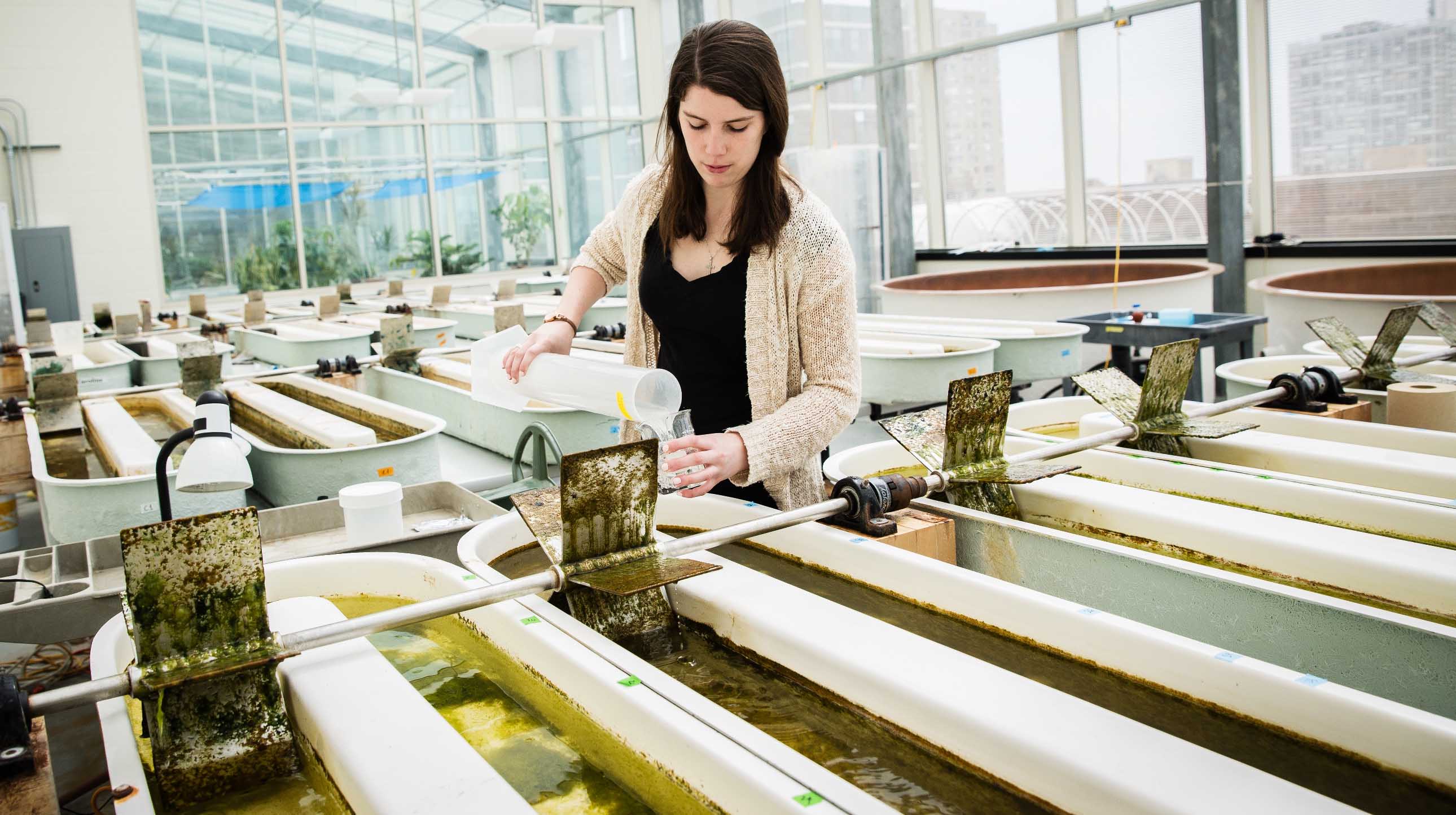 Testing the watersInside the Quinlan Life Sciences Building, Professor John Kelly's students test the effects of adding drugs to artificial stream channels to determine what impact these substances could potentially have on the environment. (Photo: Miguel Rojas)

What’s in the water?

It is a cycle that most Americans participate in every day: Putting on makeup or lotion or sunscreen in the morning, then washing it all off with soap and shampoo at night. Most of us don’t give a second thought to where all of those personal care products end up when they go down the drain, or how they might impact the water that comes back out of our faucet.

But research shows that the products we use can have a significant impact on our water supply. And it isn’t just what we put on our bodies—substances from your regular prescription medication to the caffeine in your morning cup of coffee can also be found in the water, as trace amounts pass back out of our bodies in wastewater and can end up in rivers and streams.

A 2002 report by the Toxic Substances Hydrology Program of the U.S. Geological Survey found a broad range of chemicals in wastewater, most commonly downstream from areas of intense urbanization. The chemicals—including things like pharmaceuticals, detergent metabolites, plasticizers, and insecticides—were found in 80 percent of sampled streams, and about one-third of all streams contained 10 or more contaminants. Although their presence exists in very low concentrations, there are still questions about what these contaminants are doing to the water supply.

Biologist John Kelly is one of the researchers trying to answer that question. Kelly, who has taught at Loyola for 17 years, is concerned with how microbial communities—groups of microorganisms that share a common living space—are impacted by things like pharmaceuticals in the water. Through studying water samples from treatment plants around Chicago, testing the effects of adding drugs to artificial stream channels inside the Quinlan Life Sciences Building at Loyola, and studying antimicrobial resistance in streams, Kelly is hoping to determine just how dangerous the presence of these pollutants may be.

“When you start talking about things like pharmaceuticals and personal care products, these are chemicals we use all the time in our everyday lives, and a lot of them are things that are anti-microbial,” he said. “Now the concentration in rivers and streams is very low, but there’s a lot of them. So what does that mean? What would happen to your body if instead of taking a normal dose of one antibiotic, you took a super low dose of 100 different antibiotics?”

The problem tends to be concentrated in urban areas, where large populations rely on the fresh water supply from rivers and lakes. A 2008 report by the Associated Press found that 24 major metropolitan areas detected at least one pharmaceutical in drinking water; only three cities surveyed reported that their water tested negative.

“The concentration in rivers and streams is very low, but there’s a lot of them. So what does that mean? What would happen to your body if instead of taking a normal dose of one antibiotic, you took a super low dose of 100 different antibiotics?”

In a city like Chicago, Kelly explained, the wastewater from people’s homes goes to a treatment plant where contaminants are removed. But these facilities aren’t designed to remove things like pharmaceuticals, so small concentrations of these drugs end up passed along with the water when it is released into rivers and streams. While scientists have known that small concentrations of pharmaceuticals exist in the environment, Kelly is studying what the presence of these contaminants might mean.

“Our work is beginning to show that these drugs can have significant sub-lethal effects on the ecosystem,” he said. “It doesn’t mean that they’re killing all the organisms, but they can be changing their behavior and their activity in ways that are environmentally significant. You’re not going to see organisms dying left and right, but it could change the way that these ecosystems function.”

As urbanization spreads and the use of prescription medications continues to rise, Kelly believes the presence of pollutants in fresh water is only going to increase—and there is no simple solution. While methods do exist to remove pharmaceuticals from water, they are currently too costly to be implemented on a wide basis. But Kelly said there are some steps that can be taken to reduce the presence of these materials in wastewater:

And the first step, Kelly said, may simply to be make people more aware of how their daily routine impacts the water supply.

“People need to be more cognizant of what we’re using in and on our bodies and where it goes,” he said. “Everybody thinks that what goes down the toilet just vanishes and that whatever drugs we take do stuff to us and then they vanish. And those things aren’t true. I think if people realized how much of this material is ending up in the environment, they would be concerned, and so I think we’re trying to make people more cognizant of that.” 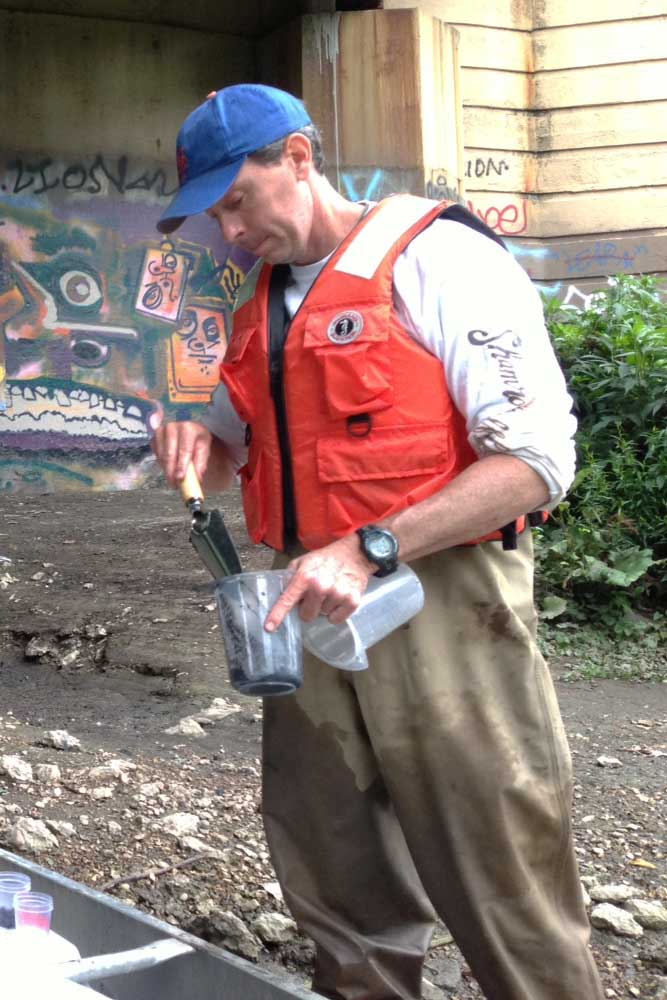 Biologist John Kelly is studying just how much of what we wash down the drain ends up in our waterways.

of sampled streams had one or more chemical pollutant in them. (2002 U.S. Geological Survey report)