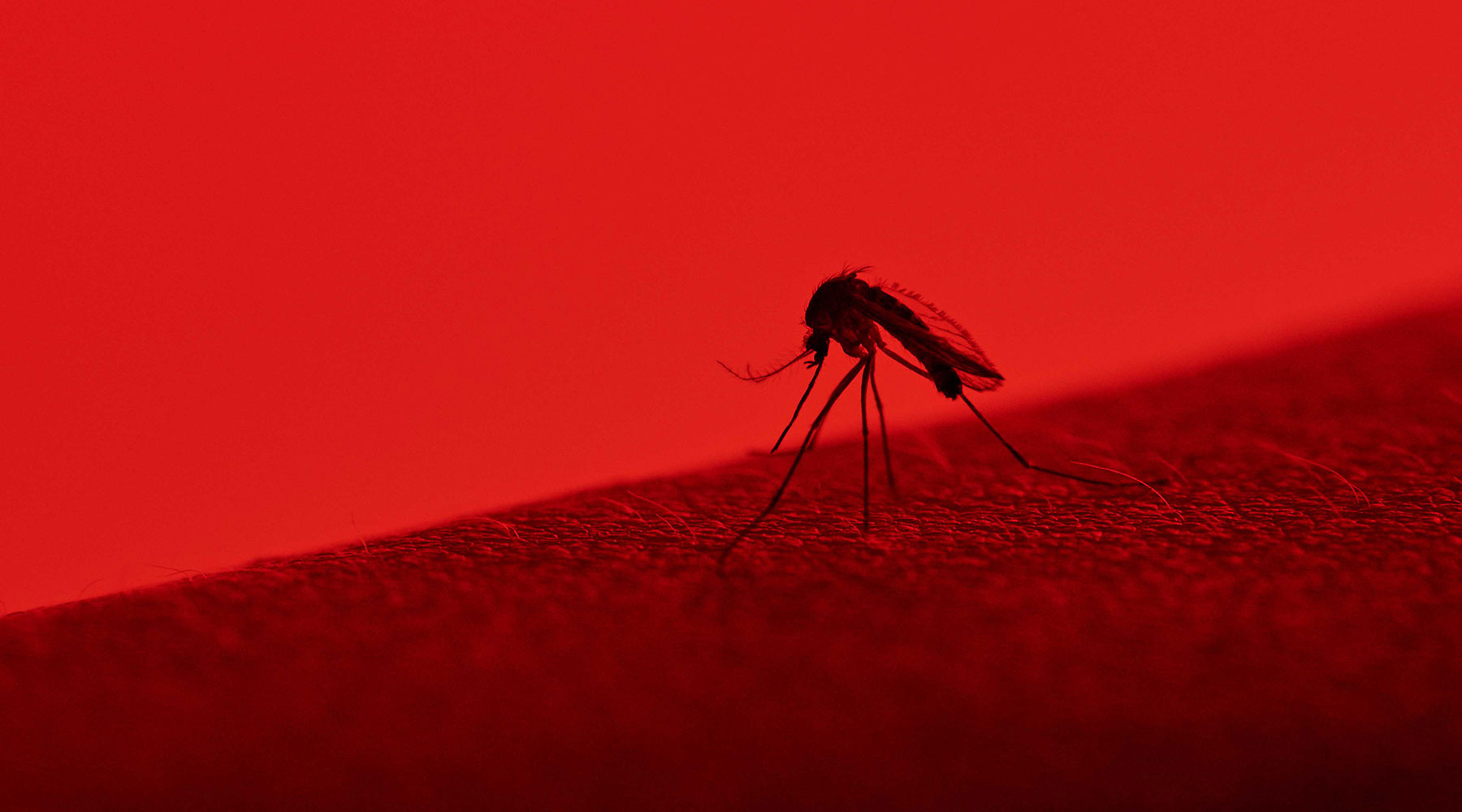 Pest control The effects of climate change are widening the area where Zika-carrying mosquitoes can be found. Loyola researcher Justin Harbison is among the experts looking at ways to control the spread of mosquito-borne illness.(PHOTO: GETTY IMAGES)

How climate change affects the spread of Zika

Justin Harbison’s area of expertise is a more unconventional one in the public health field—he studies mosquitoes. More specifically, environmental health policies and how they relate to vector-borne diseases and water quality. Harbison, an assistant professor in the department of public health sciences, spends a lot of time where mosquitoes call home—sewers and storm drains—earning him the nickname “Sewer Monster.”

Harbison’s work took on a new urgency with the emergence of the Zika virus. Zika’s eventual emergence in the United States in 2016 caused public health officials to worry if cities were adequately prepared for a vector-borne disease outbreak. Using a grant from the Centers for Disease Control and Prevention, a consortium of universities came together as part of the Midwest Center of Excellence for Vector-Borne Disease. As part of this center, Harbison has been working with other public health experts to research ways to prevent the spread of diseases carried by ticks and mosquitoes.

“This is academia working with public health infrastructure, so the research can have more immediate real world effects,” said Harbison. “We’ve had organized mosquito control for over a century, but still don’t have greatest handle on if we’re doing it well enough to make a difference when it comes to preventing disease.”

Last summer, Harbison and his team of local high schoolers, undergraduates, and graduate students found themselves in the sewers. Zika was now spreading in the southern part of the United States, but was it a threat farther north as well? Harbison gave us the latest on Zika’s threat to Chicago, why mosquitos only transmit certain diseases, and how climate change has a bigger effect on mosquitos than we think. 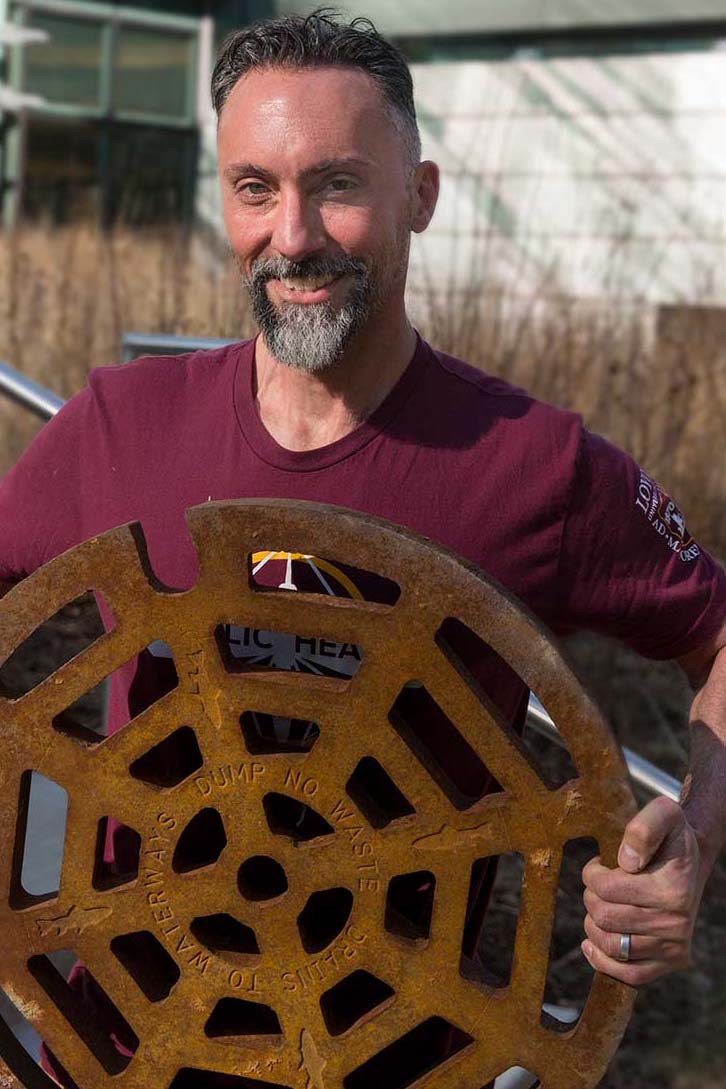 "With globalization and how viruses and mosquitos are spreading, we’re starting to realize we need to get more creative when it comes to mosquito control than just blasting pesticides."Justin Harbison, Department of Public Health

species of mosquito are found globally, with 176 species in the United States

pathogens can be transmitted by mosquitoes, including Zika, Malaria, West Nile Virus, and Yellow Fever

Are Zika-transmitting mosquitoes in the Chicago area?

With this grant, the CDC wanted to do more surveillance and see if these mosquitoes are in other climates. We put out traps in storm water drains and public areas with standing water. Two years ago, an MPH alum identified an Aedes albopictus mosquito in a trap in Skokie; another was found in Broadview. Next year it was found in Wisconsin, Michigan, Iowa, and Ohio. What we don’t know is if these mosquitoes survived winter, or are being moved up here from a warmer climate on airplanes or tire piles transported here from down South.

Our mosquito season here in Chicago is from May to early October. Down south, it’s longer. Right now we’re assuming if or when temperatures get warmer here, we’ll see an increase of the range of mosquitoes that carry Zika or dengue fever or other tropical diseases.

In warmer weather, they go from egg to a biting adult faster. Also mosquitoes become infectious sooner. The process of biting a sick human to the virus going through the gut to the bloodstream to the salivary glands gets much shorter.

How does a mosquito transmit disease?

Mosquitoes aren't like a flying syringe—even if it bites someone with a disease, it doesn't mean the disease will transmit to the next person the mosquito bites. In fact, only a select number of pathogens can make their way through a mosquito's system to be transmitted to another human.

1When a mosquito bites, blood is drawn through a tube called the labrum, but it doesn't pass back out the same way.

2The blood then travels into the gut of the mosquito. If a virus exists, it is most often digested.

3If a pathogen isn't digested, it makes its way into the bloodstream, where it then has to survive the mosquito's own immune system.

4If the virus survives, it will go to the salivary glands of the mosquito. When a hungry mosquito lands on a human it salivates, which is the key to transferring a virus.

How are public health infrastructures handling these outbreaks?

That’s what my team will be looking at this summer, along with other schools in the consortium. With globalization and how viruses and mosquitoes are spreading, we’re starting to realize we need to get more creative when it comes to mosquito control than just blasting pesticides.

The most common method is to apply a chemical that’s actually a bacteria to kill larvae. This is a first line of attack—killing them before they can bite. There’s also “adultacides,” which are trucks driving around and spraying fine droplets of pesticides to kill adult, potentially virus-carrying mosquitoes. What we’re looking at asking is, "Are these methods effective?" The large assumption is that the CDC detects new vector-borne viruses and then passes off the control issue to the public health infrastructure. But no one has looked at mosquito control methods for a few decades, so we don’t know if we’re being effective as we could be.