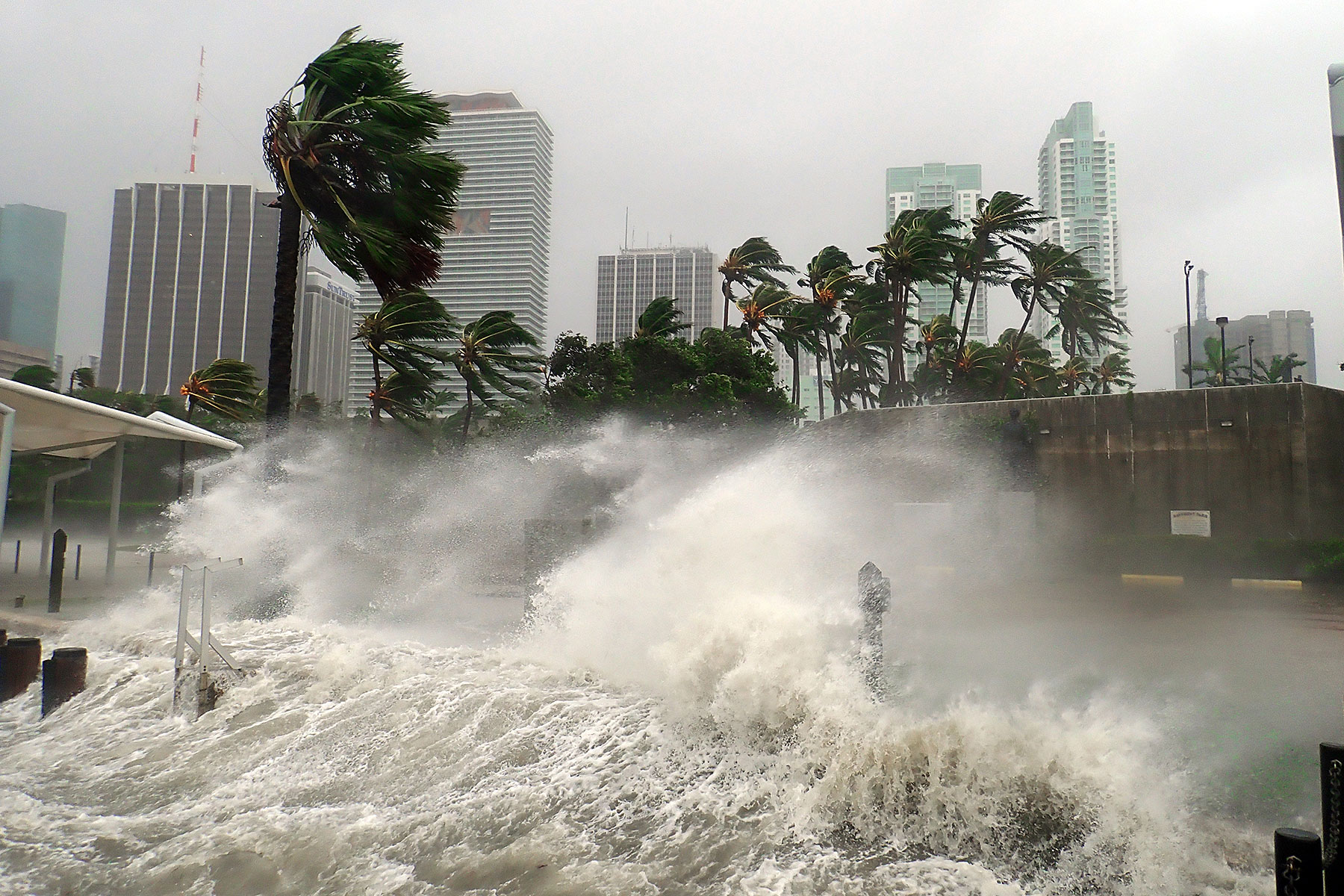 WEATHERING THE STORMThe far-reaching impact of climate change on both the planet and human health will be the focus of Loyola's annual Climate Change Conference on March 15-16. Former EPA Administrator Gina McCarthy will deliver this year's keynote.(Photo: Warren Faidley/Getty)

Gina McCarthy is a powerful voice in the battle against climate change. Appointed by Barack Obama in 2013 to head the Environmental Protection Agency (EPA), McCarthy led critical domestic and international efforts on climate change, including the U.S. Clean Power Plan and the historic UNFCCC Paris Accord that aims to hold global temperature increases to 2˚C.

After leaving office, McCarthy, now a senior leadership fellow at Harvard T.H. Chan School of Public Health, has continued to raise awareness of the vital work of the EPA and the threats climate change poses, particularly in the area of public health. "We can't call it quits now," she said. "We have to remember the public health benefits that have been driven by the work of EPA as they work with states and local communities. Remember that we've done a lot, but there is a whole lot of work left to be done."

On March 15, McCarthy delivered the keynote at Loyola's Fifth Annual Climate Change Conference on the topic of "Climate Change and Human Health." We spoke to McCarthy about her work on this critical issue and her views on how all of us can make a difference on climate change.

I think it is in terms of how quickly we really need to continue to take action and move forward. We can't let the 2015 Paris Accord slide; it was a great moment of leadership for the U.S., and to defer that leadership to other countries is extraordinarily disappointing. I think our businesses will see they're missing out on economic opportunities. If they continue to innovate and embrace that innovation they will find markets not just here but elsewhere. The alternative is waiting to see what someone else comes up with to shape our low-carbon future, which is inevitable.

Why is it important to consider public health when discussing climate change?

I think it's really important for people to understand that climate change is not just real but has potential to impact them and their kids. It does have direct and indirect impacts on public health, but they're not well known. People think about the floods and the wildfires, which in and of themselves are devastating. But there's more to it.

Drinking water can be impacted-whether you have drinking water, whether that water remains high quality. Changes in air quality come along with a change in climate that can exacerbate premature deaths and even premature births. It impacts your health and your well-being. If you want to attack climate effectively, everybody needs to engage and understand that climate affects them, their families, and their kids' future.

What is the value of putting climate change in the context of sustainability?

It is important to say the words "climate change," but the challenge is to bring it from the climate level-the planetary level-to the personal level. We really need to be honest in saying climate change is an existential threat. This is not about whether the planet is going to survive but about whether human beings survive on the planet. You have to understand that, and that to survive we have to live within our natural means.

And that's what sustainability means-we can't make more demands on our world than our world can tolerate and still provide everybody on the planet an opportunity for a healthy life. So it is important to talk both about climate change and sustainability, because I want people to not just think about the bad things of a low-carbon future, I want them to think about the good things: If you take action on climate change it tends to make a healthier, happier, more livable, walkable space.

Are you seeing attitudes about climate change evolve?

I go to universities a lot, and one reason is that it is always fun to see bright, young energetic faces. One of the best things about this generation that I don't think is well understood is that they are extremely socially conscious, particularly about equity issues. They really want to address social injustice issues and I see the environment as a big social justice issue because I honestly believe that poverty is the biggest enemy of the environment. And we do have environmental justice issues in this country that need to be tackled. It is wonderful for me to go to universities to see this generation with this level of understanding and commitment to tackling these issues. It makes me feel better. 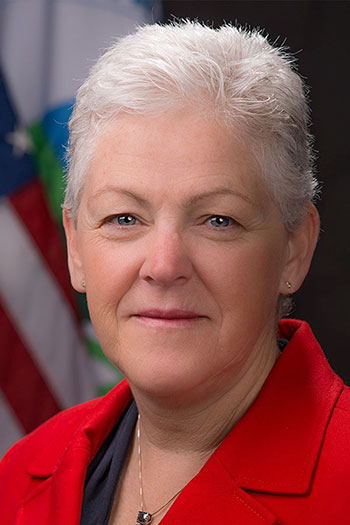 What is the role of colleges and universities in the climate change work we need to do?

It is all about educating students, but in the case of Loyola and other Catholic colleges, it is about giving them the full story and making them think. It is making sure science is protected, because we shouldn't think that it's okay to have science be attacked without defending our scientists and ensuring that real facts matter. I think it's important that students everywhere understand not only that they are learning factually what's happening in the world but how to use that information.

Whether or not you are going into a profession related to those issues, make sure you stand up for science and make sure you think about being an active citizen. Don't just talk about what's happening in the world; give your students a place in it, a sense that they have not just the responsibility but an opportunity but to really make the world a better place. I think that's really what Loyola is all about. It's not just educating but using education for the benefit of all of us; that's the responsibility for a university and one that Loyola embraces.

How can individuals work toward protecting our environment during these politically divisive times?

Be both a "citizen of science" and a citizen scientist; go out there and see for yourself what the real world is like. If you are confused and worried about who's being political and who isn't, then go out into communities and find out what's going on. There are monitors today that are inexpensive so you can monitor your own air quality and your rivers and streams. You can take a look for yourself and decide whether the environmental protection work is done.

As EPA administrator you met with Vatican officials about climate change in 2015. Why did you feel that was important?