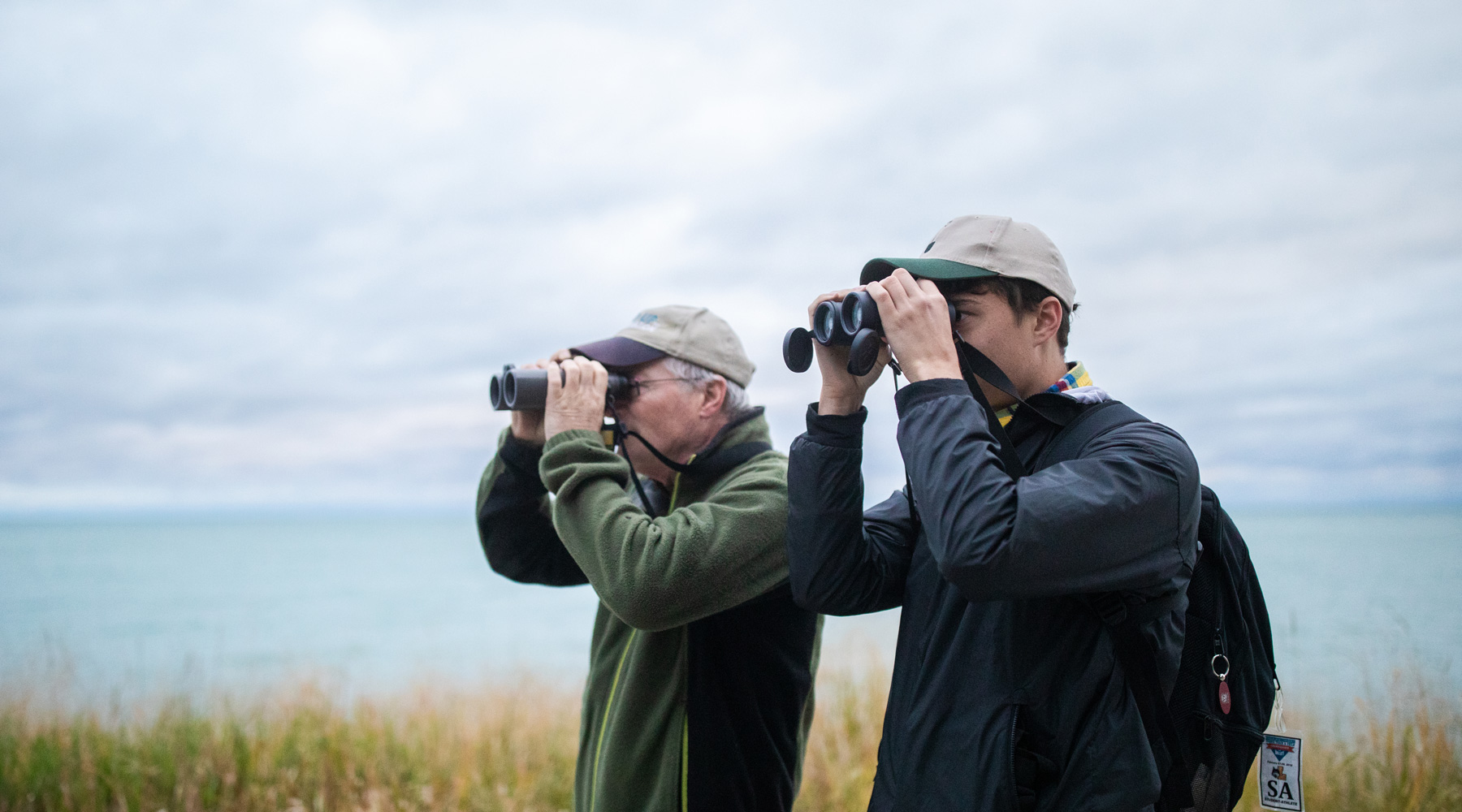 A triple major who also competes for Loyola’s cross country and track teams, Kevin has a GPA of 3.91 and was inducted into Alpha Sigma Nu. In 2018 he earned a STEM Outstanding Undergraduate Research Award in 2018 for his work on pollination ecology for the U.S. Fish and Wildlife Society and the Illinois Department of Natural Resources; and the opportunity to present his research at the Weekend of Excellence and at Loyola’s 2018 Climate Change Conference.

Kevin was the recipient of the Loyola University Community Engagement Award for Innovation in Sustainability in 2018 for his work with the Friends of Hackmatac’s (FOH) Monarch Coalition and his participation in the Monarch Mania Family Festival in Crystal Lake, Illinois. As part of his outreach to educate the public, he and another student created a documentary video that recorded all stages of the monarch’s life from egg to newly emerged adults.

Here, Kevin talks about using his education to serve others and his plans after college.

What was the most meaningful volunteer, service, or student organization activity you’ve been involved in? How has it influenced you or shaped you as a person?
My mentor, Father Stephen Mitten, asked me to help with the Student Organization for Avian Relief (SOAR) when I was only a freshman. Although narrow in scope, the group is a great example of a student-led initiative for change on our campus. Students collect data and recommend changes to make our University less of a detriment to migrating birds. Over time my role in SOAR grew which helped spur me onto new opportunities. However, the best part is coming back to SOAR year after year and trying to adapt to new challenges and integrate new methods to strengthen our case.

What’s the most valuable lesson you’ve learned from your Jesuit education?
When I think of my Jesuit education, I think of generosity and giving back to others. I’ve been very fortunate to receive scholarships from the Loyola community which allowed me to pursue a rigorous academic course load including crucial summer internships and research. These generous acts allowed me to make the most out of my time at Loyola, but they also taught me what it means to give back. I look forward to using my education in the service of others.

What do you hope to achieve after college, and how has Loyola prepared you?
After Loyola, I hope to work in the public sector helping local governments make sustainable policy decisions that provide equitable benefits to all communities. My leadership skills have grown a lot at Loyola. Before coming to Loyola, I had the false presumption that there would always be someone to speak on my behalf and make the right decisions. The world doesn’t work that way. Thankfully, Loyola has given me a voice I can use for positive change.

Every year, the University’s academic deans recognize a student who has exemplified a commitment to leadership, scholarship, and service throughout their time at Loyola. Back to home