The Damen Center was designed from top to bottom with students in mind—making it the center of social life on Loyola’s Lake Shore Campus. Visit the center's home page.

Take a look around

Built on the site of the old Alumni Gym, the Damen Student Center has more than 100,000 square feet of usable space. How big is that? Big enough to hold more than 40 average-sized U.S. homes or 21 NCAA basketball courts. See the floor plans.

The center has more than a dozen lounge spaces and conference rooms, ranging from small to, well, massive. The largest meeting room—the Sister Jean Hall—can hold up to 400 people for lectures. Reserve space.

If you’re hungry, the Damen Student Center has got you covered. It has a dining hall and a separate food court with four restaurants, which means you’re never far from a great meal. Check out the choices.

Game on—and then some

The Damen Student Center features a 35-foot climbing wall, a 125-seat theater for movies and special events, and a dedicated gaming area with Wii, PlayStation 3, and Xbox 360 consoles. Start playing.

Best seat in the house

Want to watch the Ramblers in action? You can at Ireland’s, a sports lounge on the lower level with flat-screen TVs and pool tables. You can even reserve Ireland’s for your group’s next event. Get more information.

A home for all faiths

The new center is also the home for the Campus Ministry offices and has separate worship spaces for different faiths. Several other departments and groups are housed in the center as well. Expand your spirituality. 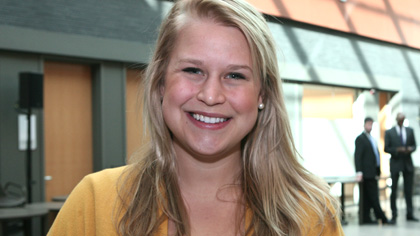 “This student center will transform our campus culture. From now on, we will know Loyola as so much more than an institution of higher education. We will know it as our home.” 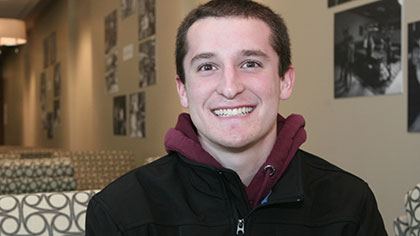 “It’s beautiful. I’ve been waiting a long time for this. It’ll be fun to finally have a place to watch movies and rock climb and just hang out.” 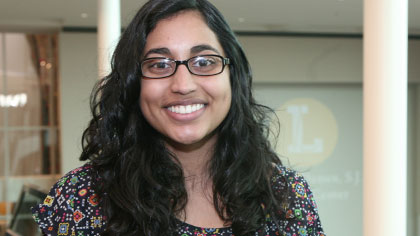 “It’ll be a great space for so many different things. There’s so much more you can do here than any other building on campus.” 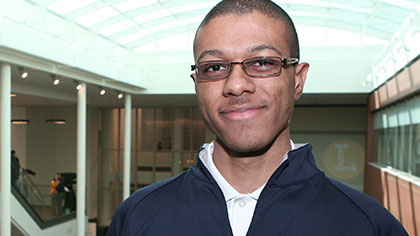 “We’re more connected to the University and the other departments. It’s a lot more welcoming than where we used to be.”

The center is designed to be LEED Silver-certified and as environmentally friendly as possible. Natural ventilation keeps air-conditioning use to a minimum, while a huge skylight helps drive down lighting costs.

One-fifth of the materials used came from recycled content.

Half of the roof is green space to absorb rain and insulate.

Three-fourths of building waste was diverted from landfills.

What's in a name?

The new student center is named after Arnold J. Damen, S.J., who founded St. Ignatius College, the predecessor of Loyola University Chicago. As the University’s first president, Damen oversaw a faculty of four priests and a student body of 37 young men.