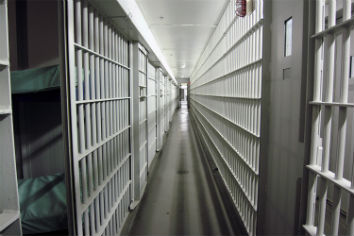 Over the past two decades, increased attention has been paid to sentencing reform and the incorporation of evidence-based practices in the fields of criminal law and procedures as well as in institutional and community corrections. From revisions in sentencing structures to treatment-focused specialty courts, efforts have been undertaken by states, the federal government, and a wide range of advocacy groups to reduce reliance on prisons and to enhance the quality and effectiveness of community corrections. However, less attention has been paid to the roughly 3,000 U.S. jails, where more than 13 million people cycle in and out of detention annually.

Michael Jacobson - former Director and President of the Vera Institute of Justice, former NYC Probation and Correction Commissioner, and current Director of the CUNY Institute for State and Local Governance - will provide a critical analysis of jail reform efforts that have been attempted across the country to reduce the reliance on jails and an assessment of obstacles to meaningful jail reform in the United States.

The panel speakers will also include David Olson of Loyola University Chicago and John Maki of the John Howard Association, who will provide a discussion of the challenges and issues facing the Cook County Jail, the largest single-site detention facility in the United States.

Co Sponsored by: The Illinois Academy of Criminology, The John Howard Association, and Loyola University's Center for the Advancement of Research, Training, and Education (CARTE).