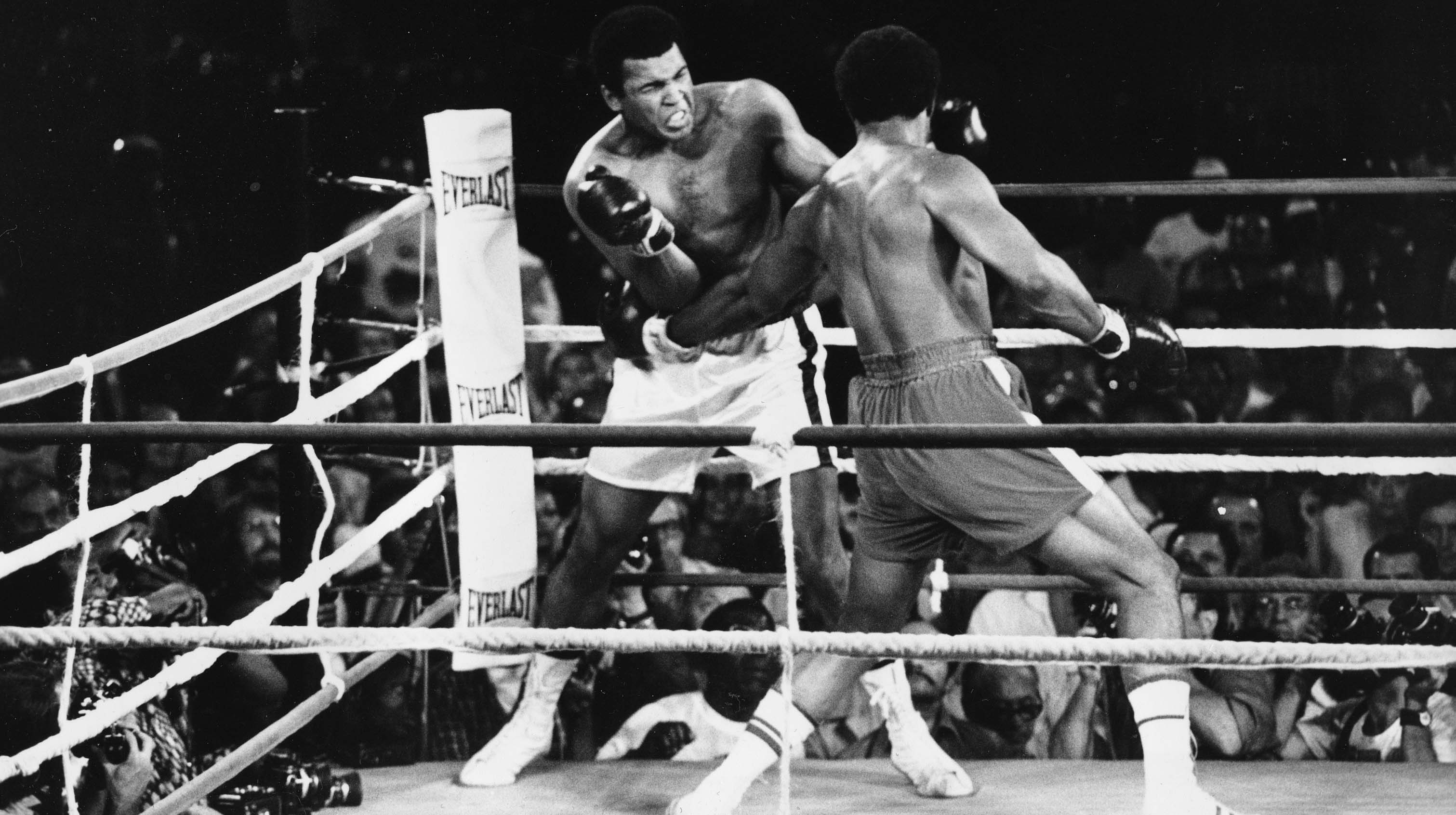 Challenger Muhammad Ali is hit with a powerful left jab by defending world champion George Foreman in their famed "Rumble in the Jungle" bout in Zaire on October 30, 1974. A new book by historian Lewis Erenberg examines the cultural relevance of the boxing match more than four decades later. (AP Photo)

History The Rumble in the Jungle

A fight for the ages

More than four decades later, the cultural ramifications of Ali and Foreman’s famous battle are still being felt

Many of today’s pundits say athletes should “stick to their sport” instead of expressing their views on politics and culture. But this isn’t uniquely a contemporary issue: 45 years ago, a boxing match between Muhammad Ali and George Foreman brought this same conversation to the forefront.

But what interest could a fight in the Republic of the Congo have to modern society? Plenty, according to Lewis Erenberg, professor emeritus and longtime instructor in Loyola University Chicago’s history department. His recently published book, The Rumble in the Jungle: Muhammad Ali and George Foreman on the Global Stage, provides a global perspective on the historic fight between two great athletes.

“I always saw myself as a historian of weird history,” Erenberg joked recently when asked about his inspiration for the book, which explores the nuances and implications of what started as just a fight but became a “spectacle.” Much of the significance of this fight came from the context of the tumultuous social and cultural milieu; it took place in 1974, just as the Vietnam War—which Ali famously opposed and refused to be drafted for—was coming to a close. The Cold War was raging, and Americans were negotiating racial tensions that have extended well into the 21st century.

What began as a straightforward boxing match between two high-profile opponents became a microcosm of the tension between the establishment and the resistance. Muhammad Ali, according to Erenberg, “fought the government and won” when the Supreme Court overturned Ali's conviction for refusing to serve in Vietnam, making him a major cultural symbol for an entire generation. Meanwhile, George Foreman temporarily faded into the background. Ali was widely considered to be the underdog of this fight, which at the time was the most widely-watched television broadcast and was framed by a music festival, which also took place in Zaire. Ali, who was older and not as strong as Foreman, was able to persevere against four-to-one odds to defeat the crowd favorite in a classic comeback.

Erenberg sees sports as being at “a leading edge into globalization,” which is one of the book’s entry points into a larger discussion that goes beyond athletics and into politics, culture, and religion. He sees many echoes of this conversation happening in 2019 in regards to debates about equal pay, in which the World Cup Champion U.S. Women’s Soccer Team continues to be embroiled. And, of course, it’s difficult to mention sports and American culture without discussing the Black Lives Matter movement and quarterback Colin Kaepernick’s continuing controversy with the National Football League over his kneeling in protest during the national anthem.

As Erenberg notes, “sport is not just a playpen.” He says it carries significant cultural and political weight, and forces us to ask questions about how, as a society, we respond to sports figures who choose to take on an activist role. Flying through the air and seemingly denying the normal laws of nature, athletes can be “existential figures” for their fans, whether they choose to accept this role or not, and the line they walk between being performers and activists is one that continues to be defined.

Erenberg credits Loyola’s dedication to the humanities as giving him the impetus to write this unique and illuminating text. As he notes, he made use of research opportunities open to faculty to allow him to deepen his knowledge, and the classes he taught at Loyola for more than 30 years inspired his creativity, allowing him to focus on globally significant topics. While he hasn’t yet embarked on a new research project, Erenberg hopes to continue to pursue his interest in “weird” history. 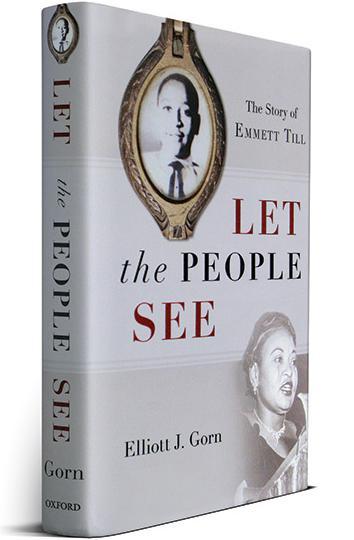 History Lessons: Professor Elliott Gorn looks at the lasting historical impact of the 1955 murder of Emmett Till.