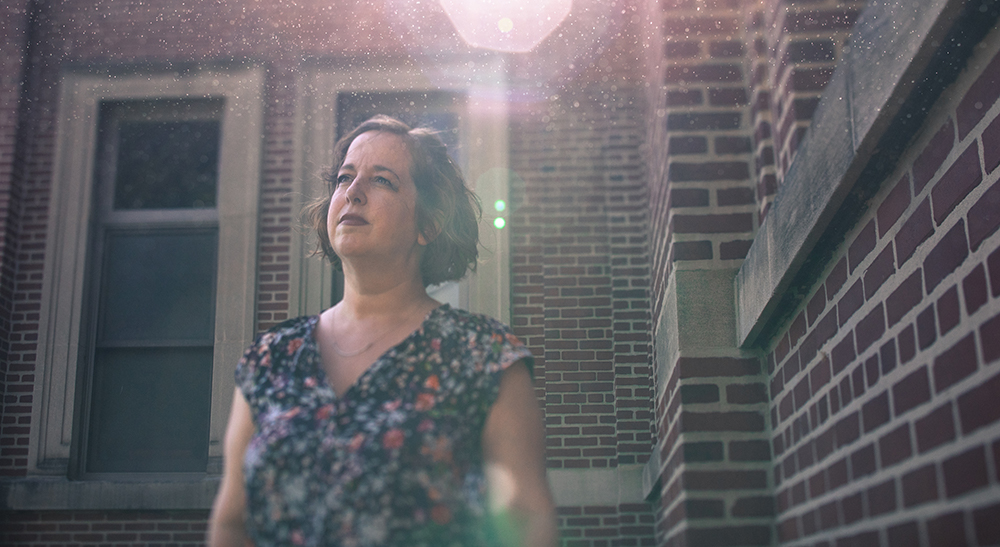 Art with Impact Truth in fiction

Amanda Marbais didn’t shed any tears when Michael Czyzniejewski, an editor at Moon City Press, called her last fall with the news that she’d won the 2018 Moon City Short Fiction Award, which came with a $1,000 cash prize and the publication of her first collection of short stories. But everyone cries when they get their first book contract, Czyzniejewski claimed.

Not Marbais. A contributor to a number of prestigious journals, she’d been a finalist for literary awards 11 times prior. So close, over and over. When Moon City finally offered her a deal, she was too shocked to react with the requisite level of joy.

Then, later that night, Marbais was at home bathing her young son, her kid’s music droning in the background. “That’s when I broke down,” she says. “Ashamedly!”

Claiming a Body: Stories was published in April. There are 11 included, mostly situated in what Marbais, a senior lecturer in Loyola University Chicago’s School of Continuing and Professional Studies (SCPS), calls the “decaying landscape” of the Midwest. Her work is blunt and textural, often centering on empathetic female protagonists who make imperfect choices in an effort to reinvent themselves. A woman and her boyfriend go camping with the woman’s young son, who stumbles across a body in the woods. Another babysits her horrible boss while thinking about adoption. Two friends embark on a cross-country road trip after a busted marriage.

Denis Johnson was a major influence; his portraits of people living on the fringe, to Marbais, “are stripped down and bare bones but still very precise and emotionally evocative.” Readers can pull from her work a greater understanding of how people communicate and develop relationships with those around them, especially in times of distress. As the New York Times Book Review put it, Marbais creates characters whose “friendships [are] laboratories in which to experiment with appetite and numbness.”

“[Marbais] has this ability to see the pure absurdity in any situation,” says Czyzniejewski, “which makes me think she understands the world as well as anyone, truly and extensively.”

Though she wrote for herself as a teenager, it took a while before Marbais developed her authorial voice. In college, she studied psychology with ambitions of becoming a therapist. She graduated during the booming 1990s, though, and detoured into finance instead, working for an insurance company and obtaining her Series 7 license. It wasn’t until Marbais married her first husband—an English professor—that she thought more intentionally about literature, and what she could express through it.

She dropped the broker job and enrolled, at 30, in an MFA program at The School of the Art Institute of Chicago. Her instructors there gave her enough latitude to experiment without being prescriptive. “I was a late bloomer,” she says. “But as an art form, writing is very forgiving about this. You need something to write about before you can write.”

Many of Marbais’ students in SCPS, where she’s taught since 2008, are also coming to creative writing later in life. In her classes, she builds diverse and provocative reading lists, and is constantly impressed with the “creative approaches” her students take towards intellectual work. They, like her, have plenty of lived experiences to excavate.

What comes next for Marbais? She’s working on a novel that’s “too nascent to discuss,” along with a set of linked short stories. (Both will include “some emotional components related to our current political and social state.”) She’ll continue pounding away at her keyboard in the mornings, sometimes as early as 4:30 a.m., before her toddler wakes up. Staring at a blank screen, at that hour or any other, can feel paralyzing.

But you endure it, Marbais says, “because writing is the thing you do. And if you don’t do it, it’s more painful.”

Empathy on stage: Philip Dawkins (BA ’02) writes plays that dare audiences “to come and find out that we’re all the same, despite our vast differences.”