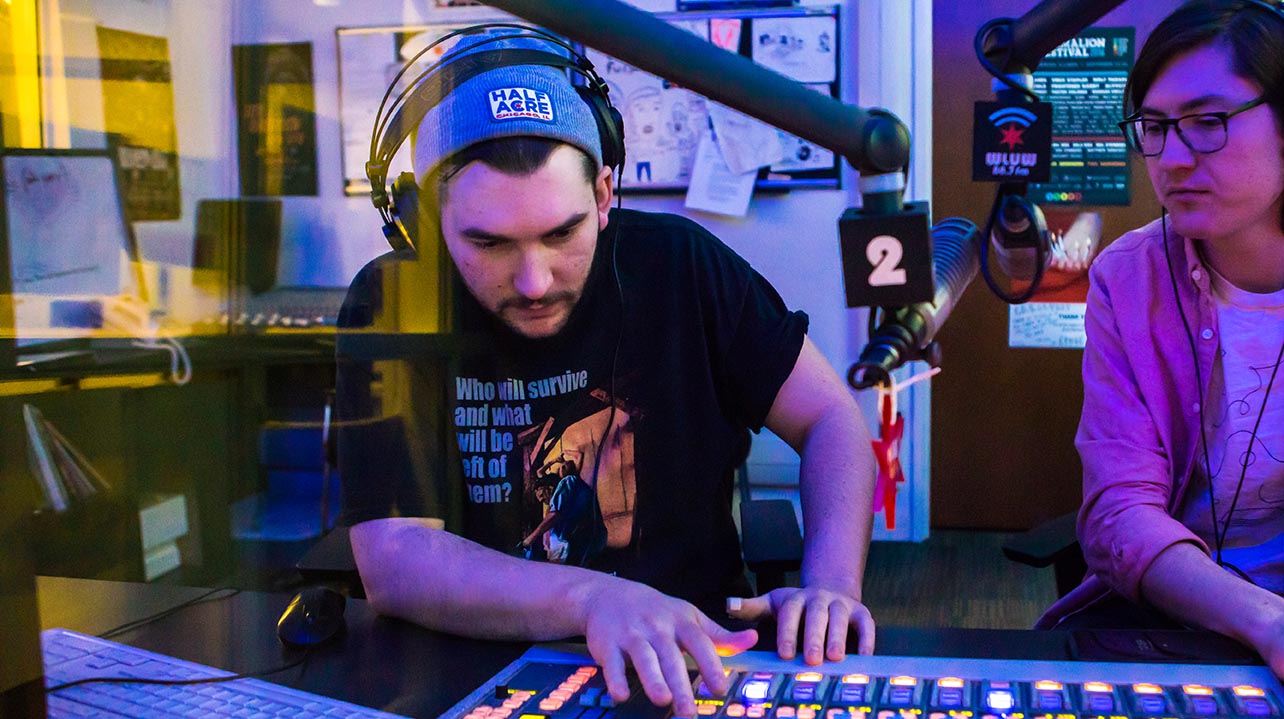 Art with Impact On the airwaves

Within months of graduating from Loyola University Chicago with his degree in journalism, Tom Hush (BASC ’16) was scooped up by WGN—one of the biggest radio stations in the third-biggest market in the country—and quickly found himself in the deep end of the pool. “The first day was truly thrilling,” says Hush. “They were still in the Tribune Tower then, which is a beautiful building, and I felt the weight of history as I walked through the halls.”

He didn’t have much time to savor the moment. “I was hired and trained for three days prior to Thanksgiving, and I was working a show Thanksgiving night. There was very much an expectation that you just figure it out and get with it. Luckily, I did.”

Hush is currently the producer for the Nick Digilio Show on WGN Radio, a popular overnight talk show, where he is responsible for the full panoply of show preparations and on-air operations. “I’m interested in the mechanics of how to put a show together, and I’ve always been more interested in what’s going on behind the scenes,” he says. “I like making other people look good, and don’t mind that being my job.”

Hush cut his teeth in radio as a program manager at WLUW-FM 88.7, Loyola’s student-run radio station. This year, he was one of about 30 alumni who returned to the boards as part of an alumni takeover of the station in honor of WLUW's 40th anniversary, taking a shift on the air along with sidekick Paul Quinn. “We played some music and chatted things up, and I had some fun returning to my goofy college persona.”

His experiences at Loyola helped prepare Hush for WGN, where his jobs requires him to think on his feet. One memorable experience was the night Sen. John McCain died, which led to WGN immediately changing gears to cover the breaking news.

“We scrapped all of Sunday’s shows," Hush recalls. "I cold-called senators and people in Congress, and they were very generous with their time. I called Senator Dick Durbin and asked, ‘Hey, can you talk about John McCain for a bit?’ and he gave me half an hour. It was really amazing.”

One of the things Hush appreciates about WGN is its community-oriented culture. “WGN has been like that since it went on the air in the 1920s," he says. "It’s a place were people listen, learn, and maybe get a new perspective.”

Truth in fiction: In her short stories, writer Amanda Marbais creates characters who teach us a lot about ourselves.