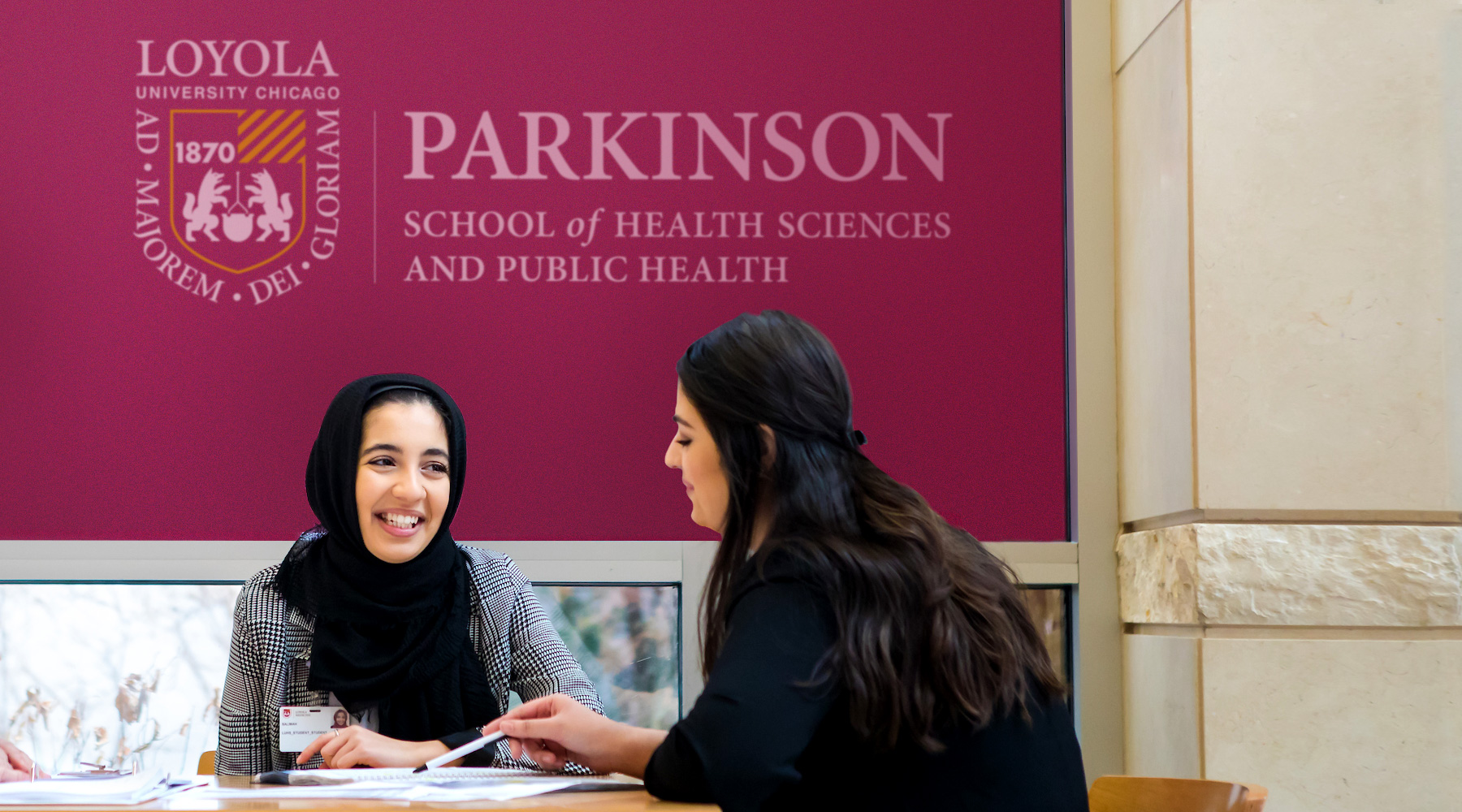 Health Systems Management majors Salimah Hira and Emaan Ahmed will be among the students to benefit from the Parkinson School of Health Sciences and Public Health, which will create new opportunities for existing programs and schools across Loyola. (Photo: Lukas Keapproth)

When Duwa Alebdy decided to become a doctor, she knew she wanted to improve both the health of individual patients and larger communities. So Alebdy chose to enroll in the joint MD/Master of Public Health program at Loyola University Chicago.

“I was not satisfied pursuing medicine alone,” said Alebdy, currently a first-year student at Loyola. “Though I understood the importance of helping patients on an individual level, I also understood that I could potentially have even more of an impact by pursuing public health.”

Alebdy understands that health care in the United States is a complex—and changing—field. She wants to make a difference by improving health care delivery and access among diverse populations, and to do that, Alebdy knew she needed to gain a broad understanding of health policy and management. That desire led her to study public health sciences at Loyola’s Stritch School of Medicine. But starting this fall, her studies will take place in the University’s new Parkinson School of Health Sciences and Public Health.

“Though public health and medicine can and should work alongside each other, I think it is important to acknowledge that the two are separate fields,” Alebdy said.

“Public health contributes to the well-being of populations just as much as the field of medicine, and Loyola launching a separate school shows that the institution acknowledges, understands, and respects this difference.”

The Parkinson School—named in honor of alumni Robert L. and Elizabeth M. Parkinson, who have given a $20 million lead gift to the school—will bring together existing programs from Stritch, the Marcella Niehoff School of Nursing, and the Graduate School, as well as new programs. Students studying public health, health informatics, dietetics, exercise science, epidemiology, and medical lab science will now have their own dedicated school. In addition, the Parkinson School will launch three brand-new degree programs: a BS in public health sciences, an MS in exercise science, and an MS in health informatics.

Bringing all of Loyola’s health sciences and public health programs together into one school will better serve Loyola students, patients, and communities in the Chicagoland area and beyond.

“The Parkinson School of Health Sciences and Public Health will transform health care education to prepare the health care workforce of the future,” said Loyola President Jo Ann Rooney, JD, LLM, EdD. “Loyola’s Health Sciences Division has a proven 40-year track record of innovative technology applications in health care, health care education, clinical research, and academic medical center operations. The Parkinson School is the next step in the evolution of Loyola’s Health Sciences Division and another example of Loyola’s commitment to rolling up our sleeves and championing access and equity.”


Learn More
Loyola University Chicago is expanding its Jesuit mission of excellence in education and service to those in need with the Parkinson School of Health Sciences and Public Health. 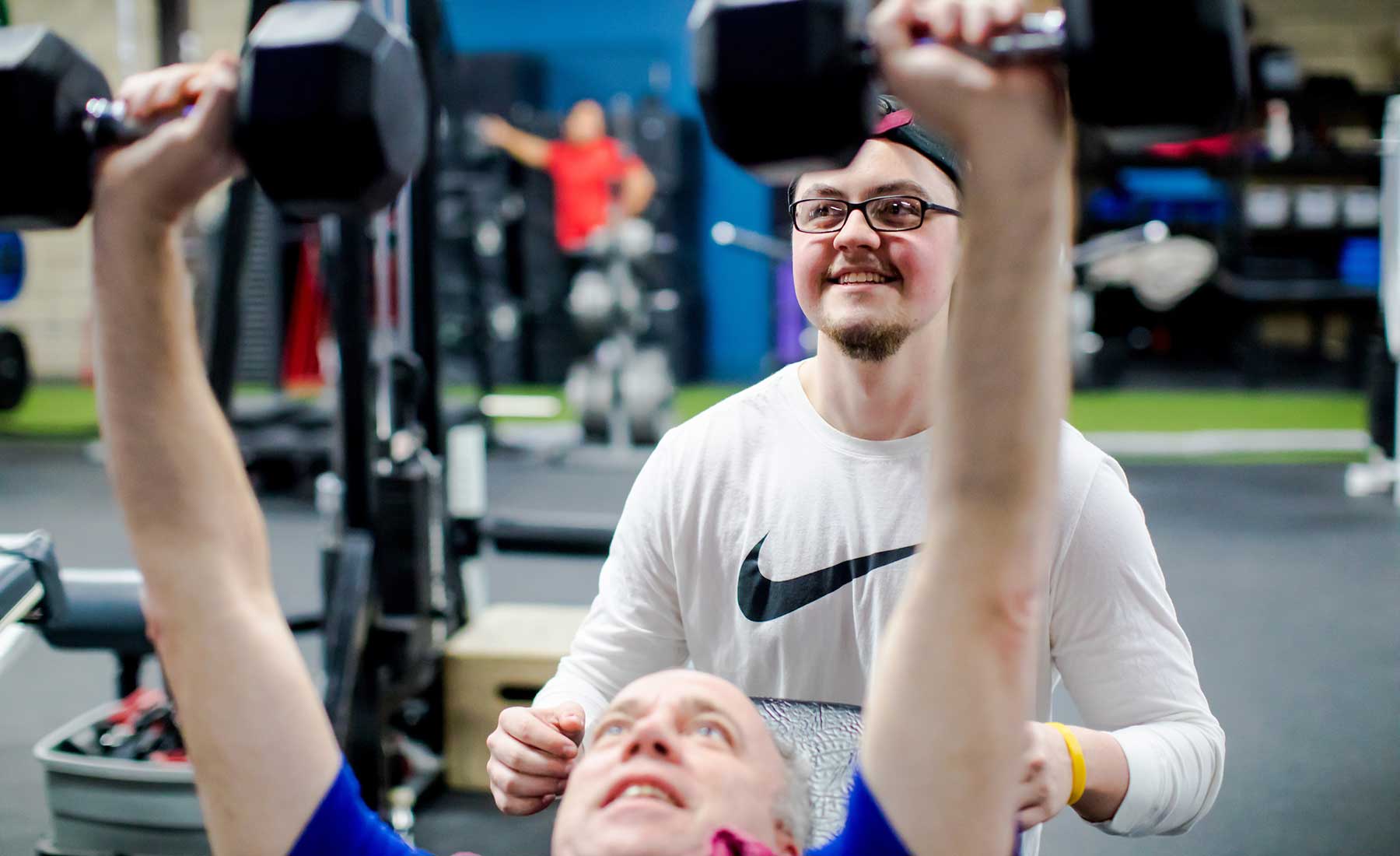 Launched in 2012, the exercise science undergraduate degree is one of the programs that will find a new home in the Parkinson School of Health Sciences and Public Health. (Photo: Lukas Keapproth)

The exercise science undergraduate major, which launched in 2012, is one of the programs that will find a new home in the Parkinson School. Once a program with only a handful of students, it has now expanded to 150 undergraduate majors and is growing each year.

Among those students is Stephanie Vasquez. She said she chose to study exercise science at Loyola because she wanted to be part of a program where she could work with elite athletes and the best researchers in human performance. As a part of the Parkinson School, students like Vasquez will have the opportunity to do just that. The exercise science program will receive additional lab space in the new Alfie Norville Practice Facility, scheduled to open on the Lake Shore Campus this fall.

With lab space in the same building where Loyola’s student athletes train—including the men’s and women’s basketball and volleyball teams—exercise science students will have an opportunity to gain hands-on experience working with top-level athletes.

Stephanie Wilson, director of the exercise science program, said that students will work with athletes and coaches to administer fitness tests, from VO2 tests that measure how athletes are using oxygen to BMI (body mass index) tests that can guide an athlete’s nutrition and calorie intake. These tests will give the exercise science students practical experience while also providing coaches and athletes with data they can use to make training decisions.

This is just one of the ways that Wilson believes being part of the Parkinson School will help take exercise science at Loyola to the next level. Previously the program was part of the Niehoff School of Nursing; while Wilson said they received plenty of support and a warm welcome from the faculty and administration there, a health sciences and public health school is a much more natural fit for the program.

“This program could not have grown without the resources and the support of the nursing school, but people had a hard time understanding why we were housed there,” said Wilson. “But now, when you see it is in a school of health sciences, that opens the door to our students immediately—it is a more logical connection. We’re moving forward.”

Perhaps the most important aspect of the Parkinson School is the interdisciplinary, collaborative approach—one that mimics how professionals in the health care field work. That collaboration will exist across Loyola’s campuses, forging new connections between the Health Sciences Campus in Maywood and the lakeside campuses in Chicago. Bringing these campuses together will ensure that none of the disciplines exist in a silo, but rather work together to advance the quality of the research in the lab and outreach to the greater Chicago community and beyond. Wilson said that she is looking forward to this type of collaboration, which will better prepare Loyola students for the workforce after graduation.

That’s a sentiment echoed by Kamran Mirza, the director of Loyola’s master of science degree program in medical laboratory sciences. The two-year program trains the scientists who process lab tests at health care facilities—a role that might not have a lot of patient interaction but is absolutely essential to proper patient care. The results of lab tests determine the course of treatment pursued by doctors, nurses, physical therapists, nutritionists, and other members of the care team.

“The way health care is changing, the boundaries have become very fluid, and all health care providers must work together and understand each other’s roles more.”

“Now that we have a school of health sciences and public health—which will provide more opportunities to study together and research together—it will help us all understand each other’s roles a bit better. And when we have that, we have better health care,” said Mirza.

Another benefit of the new school is that it will prepare workers for much needed roles in the health care industry. Mirza noted that there is a national shortage of medical laboratory scientists, so graduates of Loyola’s program will be ready to step up and fill this void both locally and nationwide.

One of those students is Nikko Henry, currently a first-year student in medical lab sciences. Henry’s interest in lab sciences began when he was diagnosed with type 1 diabetes. Every four months, Henry would visit La Rabida Children’s Hospital on Chicago’s South Side to have his condition monitored. He’d watch as the medical staff drew his blood, carefully labeled it, and sent it off to the lab—piquing his curiosity about what happened once the lab received his sample.

“I didn’t truly understand what the lab was doing with my blood and how it helped the doctors in treating my diabetes,” he said. “I picked up on the fact that physicians analyze a report generated by the lab, and from there I wanted to be part of that team that was working with the blood samples using their techniques to help patients.”

In his first year at Loyola, Henry has begun learning about the techniques used in the lab and looks forward to participating in clinical rotations, moving one step closer to his ultimate goal of helping to treat patients.

“Health care is a holistic field that has so many people working alongside each other to care for a patient—the whole is greater than the sum of its parts in a successful health care system and team,” Henry said. “When you’re working on a team, you have others right beside you to learn from and grow with. I look forward to meeting, working, and learning with the most capable individuals in medicine at Loyola’s School of Health Sciences and Public Health.”

Explore the school’s research and mission 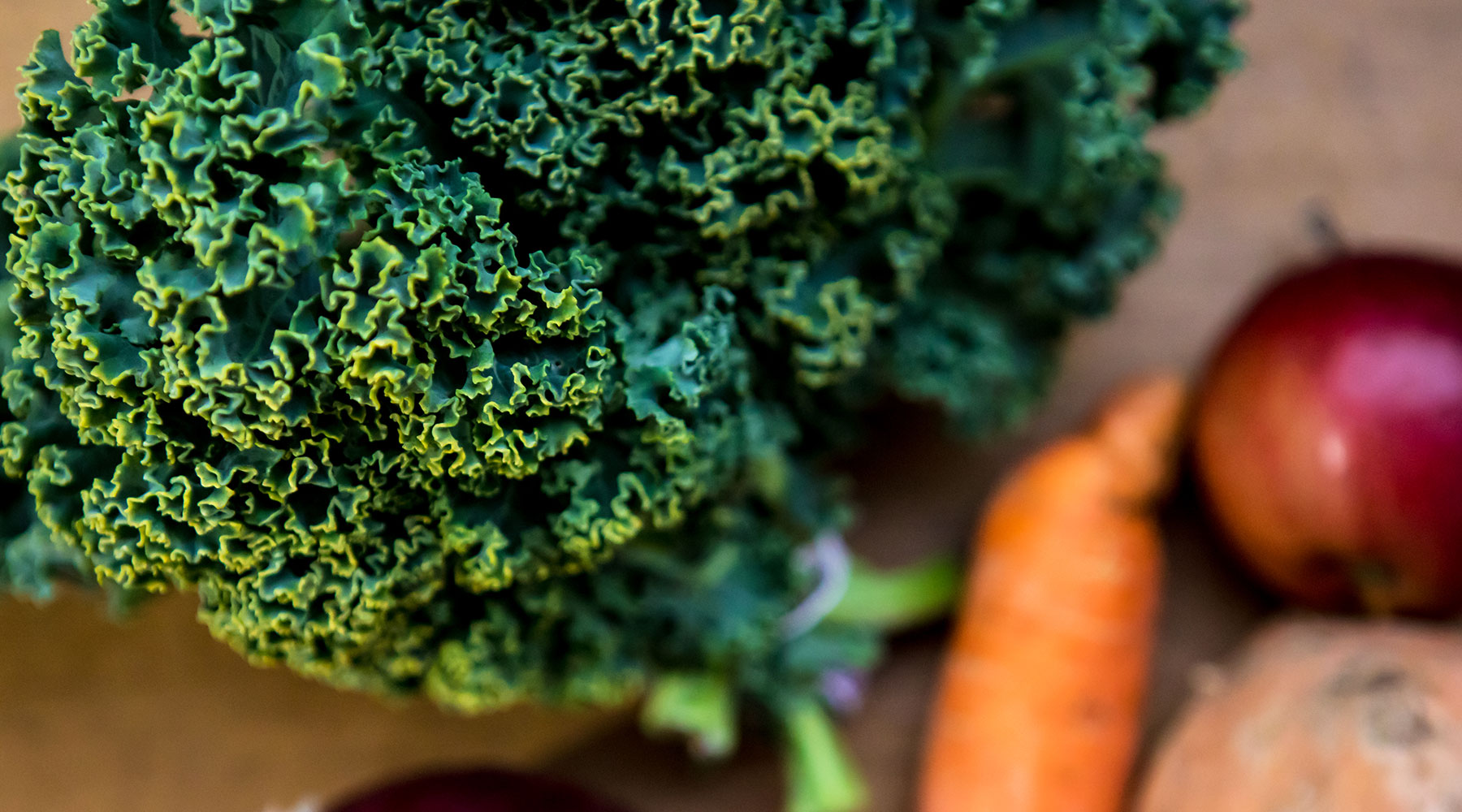 After the last grocery store in Maywood shuttered on Christmas Eve in 2016, one alumna has made it her mission to increase access to healthy foods. MORE

The science of healthy living

Lara Dugas, PhD, MPH, is a founding member of the group researching how early sports specialization can create a risk for sports injuries in teenagers. MORE 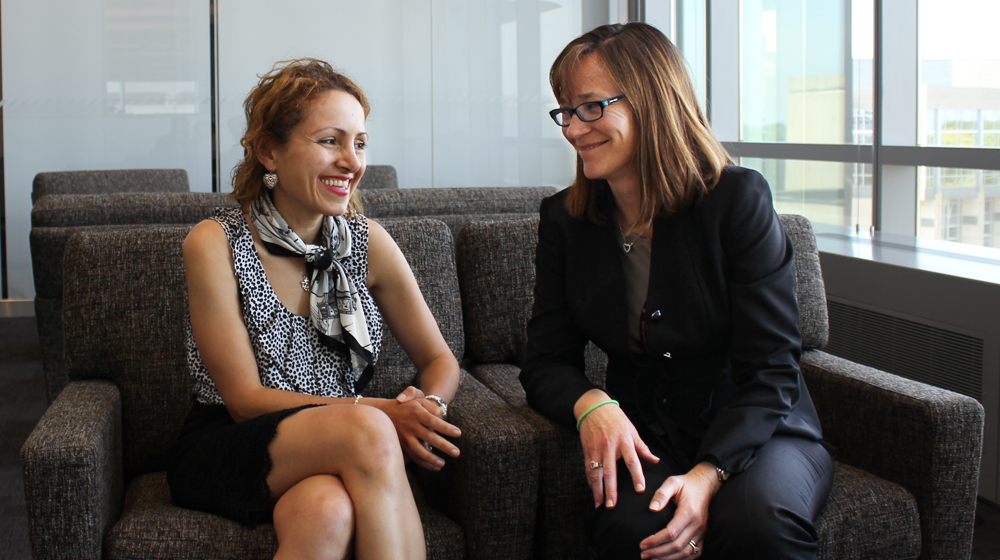 Two faculty members want to know how Chronic Kidney Disease is being treated by physicians—and what can be done better. MORE